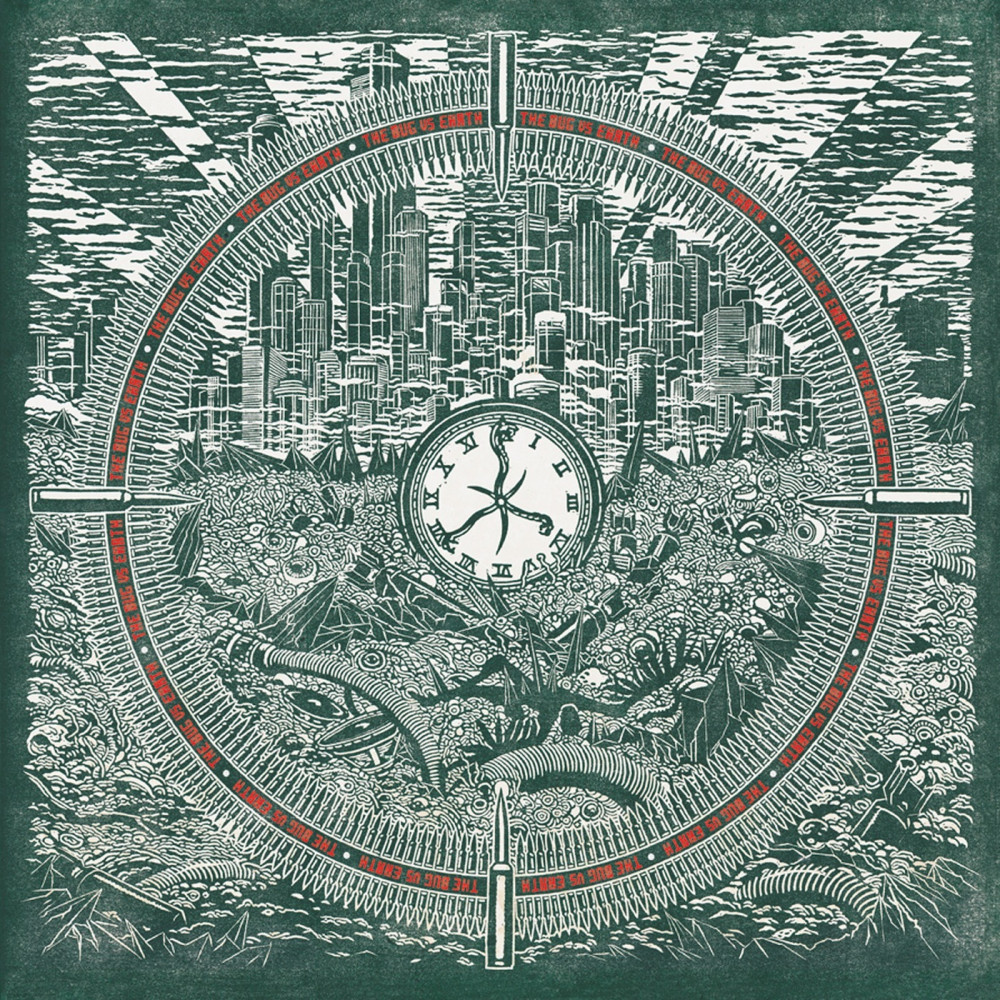 I sure did not see this collaboration coming at all and I was surprised to discover this release by Dylan Carlson (Earth) and Kevin Martin AKA The Bug from way back in 2014 … but on further reflection I really shouldn’t have been astonished. Both Carlson and Martin have been exploring, pushing and redefining the limits of their respective genres over the past 25 years, and among many other things Martin is known for his work with Justin Broadrick (of Godflesh / Jesu fame) in Techno Animal, so it was really a matter of when, not if, Carlson and Martin’s paths in out-there extreme underground and experimental music would cross. “Boa / Cold” grew out of The Bug’s recording sessions for his album “Angels & Devils”, in one of which Carlson was originally one of several collaborators.

This recording is unlike anything most of us will ever hear. “Boa” stands somewhere in a futuristic industrial sci-fi shadow zone between Desert Western Country Doom Guitar Melody Wander and Arctic Cold Heavy Hiphop Dub. The two genres sit side by side rather than try to blend into one fusion style. The contrast / tension between the two and the comment each style of music makes on the other make for a daunting and very sinister listening experience. The sound wash, the rhythms and beats (with occasional break-beats) are massive and the feeling can be overwhelming and hellish, as has often been my experience in dunking my head in Techno Animal’s sonic worlds. For all that, “Boa” is a short track and the actual playing by the musicians is as gentle, slow and relaxed as can be. “Cold” is more of a fusion between Carlson’s guitar rambling and The Bug’s beats and rhythms that writhe around the guitar melody and the drone echo wash that follows in its wake. This seems a more structured piece than “Boa” if much colder, industrial and inhuman, with a shambling tribal feel. I have always had the impression that in their own ways Carlson and Martin have always been interested in music of a hypnotic shamanistic nature for the trance effects it can have, and this track certainly has a mesmeric, consciousness-altering effect on this listener.

If only both “Boa” and “Cold” were longer – at least 20 minutes each longer and more! – such an album of continuous serpentine droning doom / industrial techno dub would hold me spellbound forever.