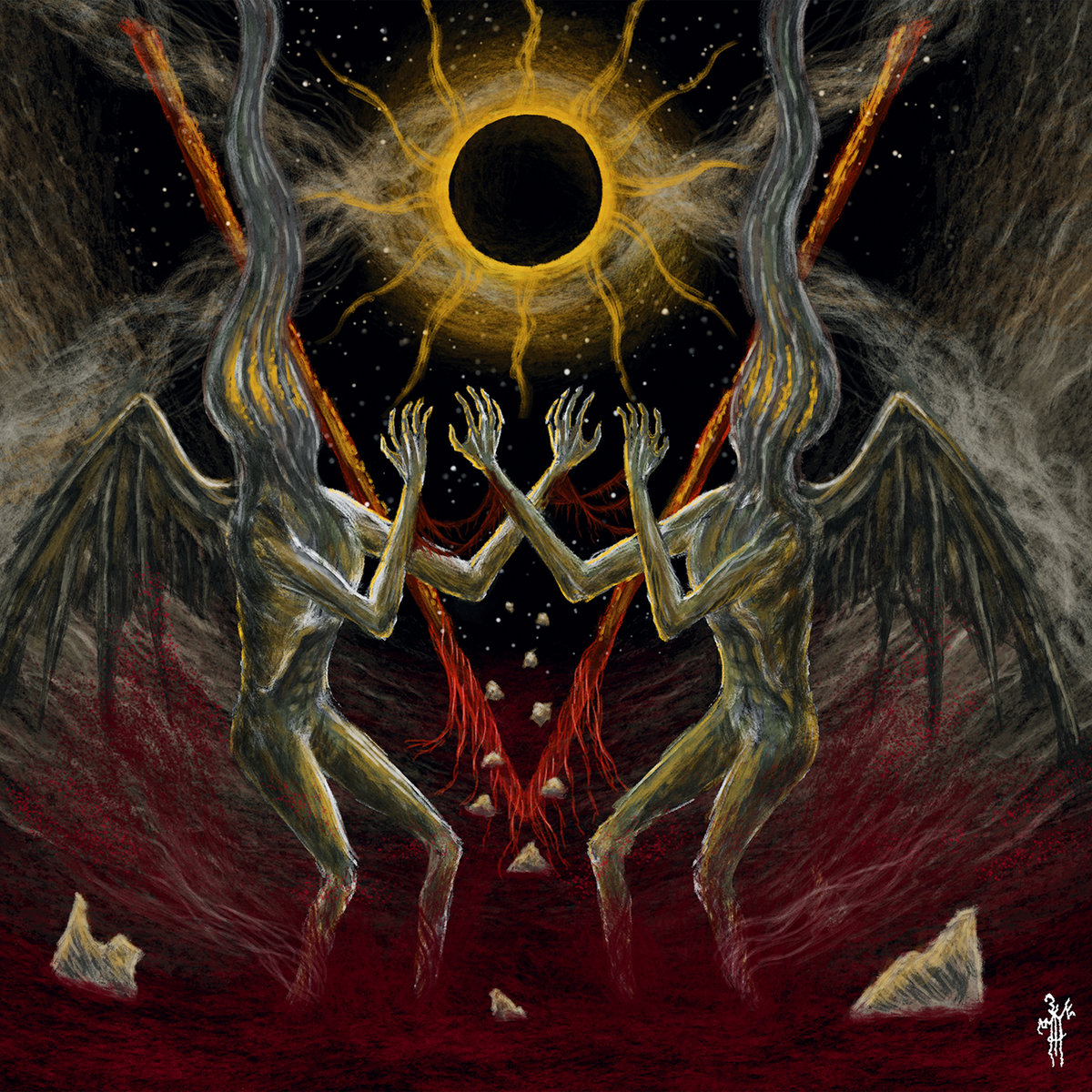 Coming into existence in 2002, Belarus band Pestilentia have a fair-sized discography but “Where the Light Dies”, released in 2016, is only their second full-length so it’s surely something their fans treasure a lot. The music justifies the length of time the duo was quiet on the recording front since the last release (a split album with Australian BM band Ill Omen) back in 2013: it’s a strong solid effort with plenty of energy, passion and stirring tunes, at least in the first couple of songs anyway. The dual singing – there’s one deep growling vocal and a second higher-pitched one – can be vicious and drooling as the acid-noise guitars and thumping percussion grind and pound away relentlessly.

While the first two songs have fire to spare, the band really starts to spread its wings with the slow and doomy “The Flaming Psalm”, demonstrating that whether fast or slow or in-between, the musicians are equally at ease and there is no loss of force or intensity at whatever speed. The song gradually speeds up and a lead guitar solo adds extra spine-chilling thrill with wobbly tremolo over the sinister proceedings. “Witch Spell” is a much more straightforward BM thrash-out track which doesn’t compare with the previous song for surprise and a swanky and sinister atmosphere, and probably could have been placed earlier on the album. The last couple of songs on the album are the longest and mix elements of thrashy dense BM and slower, more sinister atmospheric music with funereal black doom features. “Sacrilegious Omnicide” has a repeating motif that helps unify the music which includes Gregorian-style chanting vocals, death-rattle voices, tolling bells and some spiky sharp lead guitar soloing in among the slow passages.

There’s a definite progression from the purely energetic, in-your-face attacking BM of the early tracks through to a bit of experimentation with pace and mood in the middle to end with two complex tracks that mix the dirge-like slow and the deranged fast together, or at least alternating from one to the other and back. The best tracks are definitely “The Flaming Psalm” and “Sacrilegious Omnicide” for their variety and the non-BM surprises that the last song brings but all songs are very robust, full of energy and enthusiasm, and often feature very rousing melodies and riffing.