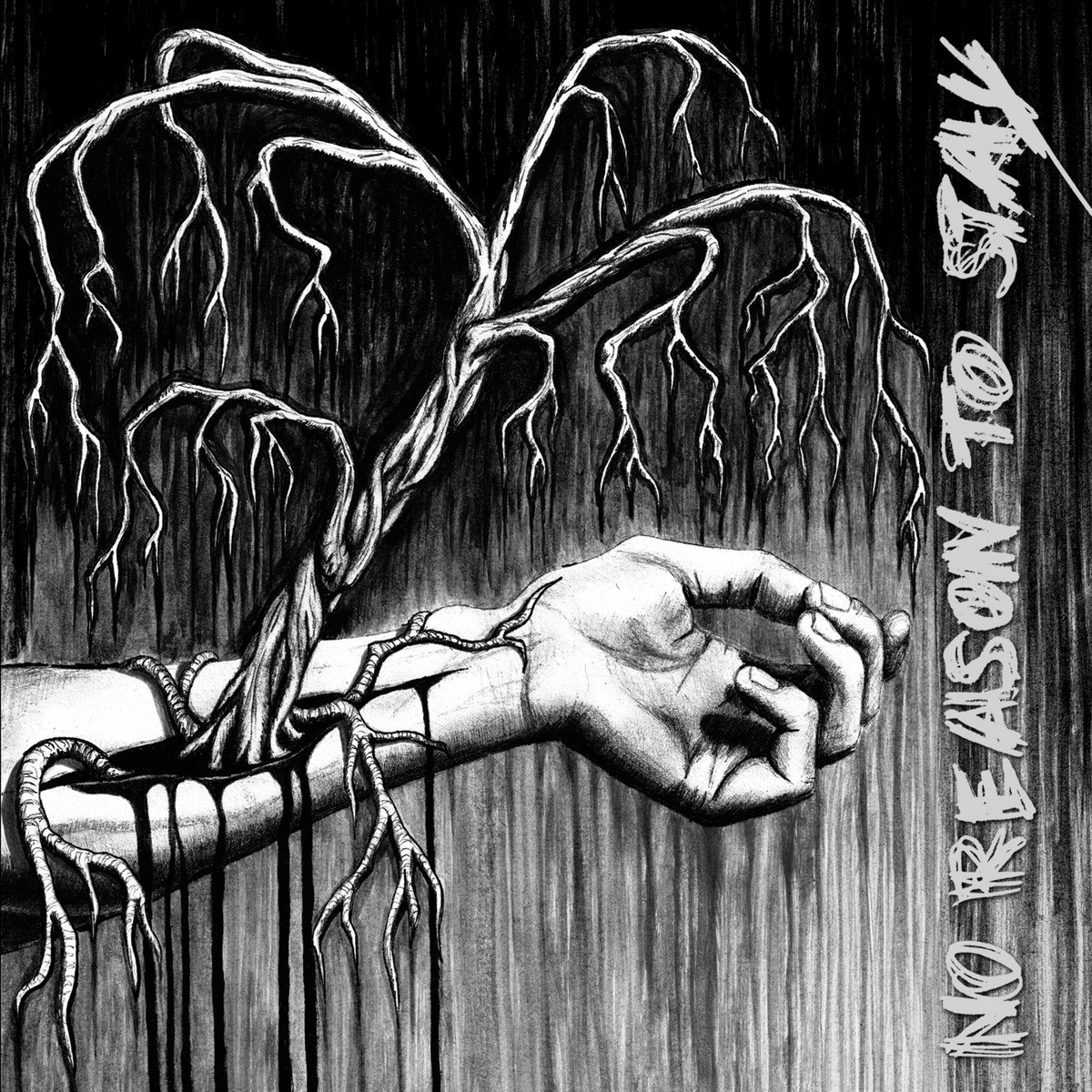 With a name like Internal Cold, you won’t be wrong in assuming this band from St Petersburg in Russia plays depressive BM, and fairly despairing depressive music at that. The musicians get off to a gloomy start with “Living Dead”, robust (for this genre of music) and melodic track with a laid-back pace and buzzing riffs. The thin screechy vocals are the real deal though they probably could be a bit louder to cut through the solid grinding guitars and make more of a painful impression than they do. There’s not much of a cold frigid atmosphere on the track and perhaps the music isn’t quite as morose and alienated / alienating as it could be. At least the title track makes more of an effort to live up to its subject matter with a vaguely sinister tune that through repetition, growing volume and the layered addition of instruments and harsh textures takes listeners on a journey of hopelessness and increasing pain. It becomes a frenzied piece suggesting a feeling of being trapped in an endless black void. The buzzy choppy guitar instrumental parts are good if repetitive. As before, the throaty vocals are thin and distant.

The CD version of “No Reason to Stay” features a bonus track “Hate (The Endless Pain of Fucking Existence)” and this has a very different sound: thinner, more buzzy chainsaw in texture with clearer vocals and percussion. Again this is a repetitive song which goes on and on until it hangs up “The End” sign without having resolved anything much – if you’re looking for an uptick in drama or emotion at any point in the song, I have to say you’re looking in vain.

While the musicians are competent in what they do, and the genre they play in does demand a certain amount of repetition and dreariness, the danger is that listener boredom can set in very quickly due to a lack of definite style and (dare I say) effort. The melodies and riffs are nothing special and though the music is solid, I feel the musicians could have done so much more. The band could be any generic depressive BM group. If Internal Cold want to reach out with its brand of depressive BM and turn its internal cold into something far-reaching, the musicians need to come up with a more distinctive style that really brings out their message and the pain and torment behind it.