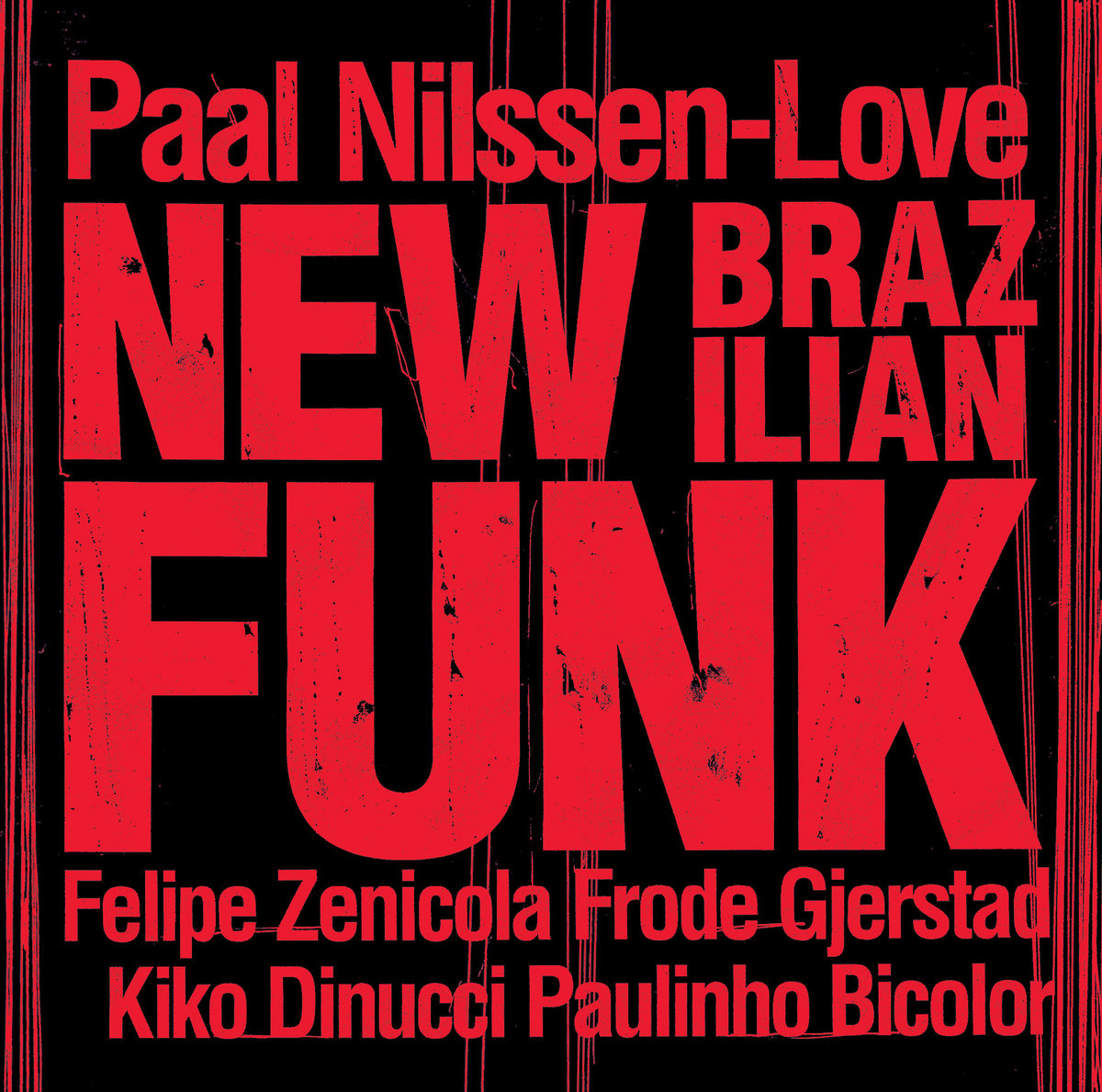 Let loose on an unsuspecting public the same day its evil twin “New Japanese Noise” was released, like that album “New Brazilian Funk” is a live recording of drummer Paal Nilssen-Love jamming with a set of musicians at the Roskilde musical festival in Copenhagen on 5 July 2018. The tag team assembled here includes guitarist Kiko Dinucci (who also plays on “New Japanese Noise”), alto sax player Frode Gjerstad, bassist Felipe Zenicola and Paulinho Bicolor who plays cuica, a Brazilian drum played by rubbing it with a stick. With Nilssen-Love on more conventional sticks duty, the resulting album is just as noisy and cantankerous as its “New Japanese Noise” sibling. If the music resembles funk at all, it’s mainly in segments of repeating drum and bass rhythms. The sax is very stuttery and flutters all over the joint; and the furious rubbing of the cuica, sounding like a record being scratched until it falls apart, adds a crazed edge to the music.

Opening track “Biggles and the Gun Runners” – a reference to Ronnie Biggs of Great Train Robbery fame – lays down the template that the rest of the album will follow: a seemingly cacophonic delivery of improv jazz with shrill piping staccato alto sax, a madly yelping cuica, and the rest of the band just managing to keep up with that unlikely duo of deranged duelling instruments. The action segues straight into “Beating Back Pain” where it becomes a little more settled. On “Rural Rides”, the music is reduced to a skeletal minimalist level that allows Bicolor to show off his skill getting his drum to sing.

It’s amazing how this fearsome fivesome led by Nilssen-Love can maintain the speed, the energy level and the enthusiasm right through the recording. Some passages of real experimentation, such as the introduction to ”Restless” or a good part of “Fruit of the Lemon” or “Pick a Time” where Bicolor and his cuica take centre stage, really are worth paying attention to, being quite unlike anything you’ve heard before or will hear since. There seems to be much less competition going on between individual members or factions within the group than there is on “New Japanese Noise”.

I’d never have thought that such an unusual percussion instrument as the cuica could find a place in experimental improv jazz jamming, but here it is revealed in maximum glory as a surprisingly adaptable and distinctive instrument. It’s a credit to Nilssen-Love that, accomplished as he is as a drummer, he allows Bicolor with his cuica and Gjerstad on sax to lead the band while the other musicians either follow or provide support.