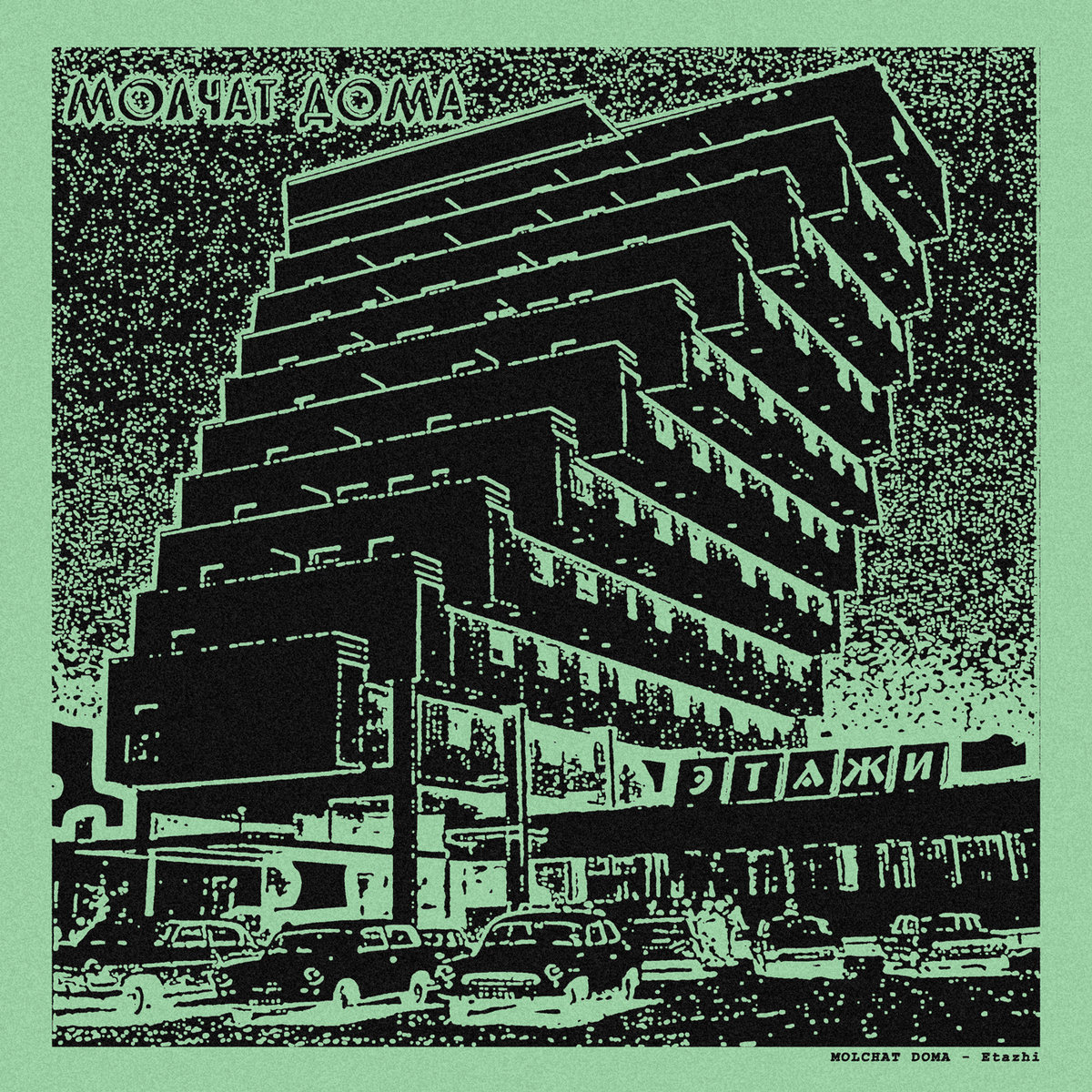 Imagine that the coldwave / darkwave bands that arose from post-punk and new wave in the late 1970s and the 1980s – we’re talking about acts inspired by the likes of Kraftwerk, Joy Division / New Order, Bauhaus, Soft Cell, early Depeche Mode, early Human League, Heaven 17, Siouxsie and the Banshees, Gary Numan, John Foxx and Ultravox – didn’t recede into the past along with Margaret Thatcher’s stranglehold on Britain but instead migrated to another universe, and at the very least retained the atmosphere, the minimal style, the melancholy mood and the imagery of a post-industrial state in decay, in staying active. The actual grimness of Thatcher’s divisive and destructive politics and policies is left behind. Well folks, believe it or not, that scenario has been playing out in Russia (RUSSIA?!) of all places for several years now with labels like Detriti Records (Berlin) and Sierpien Records (Moscow) specialising in this genre of retro Soviet nostalgia coldwave / darkwave. How seriously these bands take themselves and their music – they all sing in Russian – I don’t yet know, having only stumbled across this scene recently; I have a sense that the bands are mining nostalgia for Soviet culture and the art and visuals it produced, and linking this nostalgia to the pop music of the period. Russian listeners may well find ironic humour in this scene where melancholy, a remote po-faced attitude and minimal music style together with the post-industrial nostalgia are some of its outstanding characteristics.

With that introduction, let’s check out one retro-coldwave band, Molchat Doma from Minsk in Belarus, who presents its most recent album “Etazhi” which features a very pleasing and even lush mix of spacey background tones, disco-sounding beats and rhythms, occasionally muscular bass grooves, pop-friendly melodies and a sort of remote or detached vocal, treated with reverb, that might be coming to us via old-fashioned radio transmission. The mood can be melancholy and the production makes the music seem a bit cold and distant. The guitars have a warm shimmery, bluesy sound better suited for surf music than for retro Cold War nostalgia records. You can hear influences from New Order in the combination of machine rhythms and beats, that disconnected vocal and the bright guitar meanderings. Why, one song “Volny” almost sounds as if it should be segueing straight into yet another remix version (out of hundreds) of “Blue Monday”!

The songs are good though few of them are really outstanding: “Prognoz” stands head and shoulders above the rest for its lighter, more electronic-based musical approach and the clicky-dicky tones. The emotionless singing, swathed in Cold War spy echo and early Depeche Mode influence, is no great shakes and sometimes I wish the music would drown it out more. A later track, “Kommersanty” almost harks back to early 70s Kraftwerk in its introduction before the brisk, martial synth disco rhythms crack into gear.

As all songs are sung in Russian, those who can understand the language will get more out of the album than the rest of us will. I have managed to see an English-language translation of one song “Sudno” which describes a dreary indoor scene and the protagonist singer’s depressed attitude.

Maybe Molchat Doma isn’t the most original band in its scene but the musicians have captured the style and feel of a past music genre, and perhaps are still in the process of putting their own post-Soviet slant on it. By the way, the album’s cover artwork is quite typical of Detriti Records releases and features a deliberately aged reproduction of a photo of a building in Soviet geometric brutalist style.