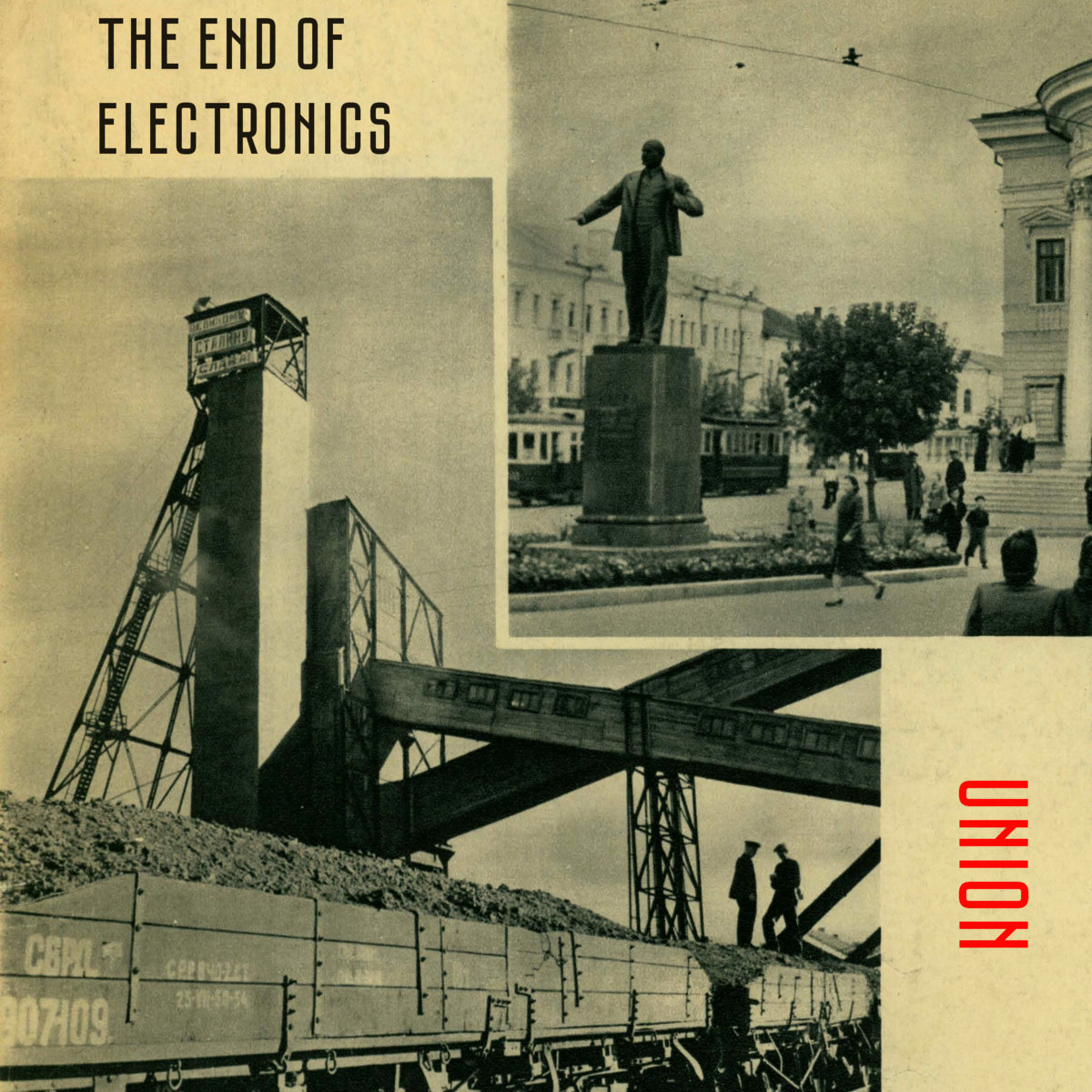 Impressively named act The End of Electronics is a one-man band led by Nikita Skarletov. Knowing this, I’m also just as impressed by the effort he’s put into this self-titled work: it does sound like a full-fledged post-Soviet, post-punk coldwave synth-pop band. The songs have very catchy pop-friendly melodies and rhythms, and the general sound can be quite melancholy and even slightly depressed. Skarletov sings with a deep bass voice which on this genre of retro 1980s coldwave invites comparison with Phil Oakey, he of British ’80s synth-poppers The Human League. The music is strongly beat-oriented and urgent in pace, minimalist in approach with a dark atmosphere, and dominated by Skarletov’s deep monotone voice which is treated with an echo that reinforces its unemotional and remote nature.

Admittedly the choices and range of sounds on Skarletov’s musical palette are limited and if it were not for the melodies and repeating motifs on most songs, the eight tracks would not differ all that much. With an emphasis on Russian-language lyrics, the songs will only go so far in satisfying non-Russian-speaking audiences though song titles, the plaintive tunes on some tracks, the general vocal delivery and even the mood give an indication of the longing, wistfulness and feelings of despondency, even slight depression, that exist on the album. The tracks actually get better from “Photographs” (track 4) onwards, with more distinctive riffs and tones, and more changes in pace from fast and urgent on “Video Recorder” to a bit more laidback and relaxed on “Flowers & Sweets”. Skarletov’s vocals tower over the songs like a stern and unyielding guardian.

Overall the album is very well made with tight song constructions and quite a few of them boasting strong enough melodies that they could be potential singles material. Some songs, like “Public Transport” feature considerable experimentation in their structure or playing. I only wish that at this stage of his career in The End of Electronics that Skarletov had been a bit more adventurous with the songs for this project, to the extent of pushing Russian coldwave / darkwave music far from his comfort zone.