A remarkable and highly ambitious if very idiosyncratic recording stretching out to nearly two hours in total, “The Sacrificial Code” consists of glacially paced ultra-minimalist and restrained pipe organ pieces adhering to a very strict acoustic and compositional regime developed by Swedish sound artist / organ tuner Kali Malone. In all the tracks on this album (the last three of which were played live by Malone and fellow organist Ellen Arkbro at the Haga Church in Göteborg), the pipe organ was closely miked in order to eliminate as many environmental indicators and identifiers that were particular to the individual pipe organ and its ambient / sonic context. On top of that, the pieces were stripped of any emotional or gestural ornamentation that might identify the individual organist playing the pieces, and of anything resembling a spontaneous outburst of individual expression. The result is a sparse and austere work that is as deadpan in its expression as can be – and yet by stripping the music of anything and everything that smacks of human egotism and culture, Malone has discovered within the pipe organ instrument something that is deeply spiritual, intimate and hypnotic; and, in its own odd way, that opens up huge vistas of infinite space for the listener’s imagination to range across and explore freely. 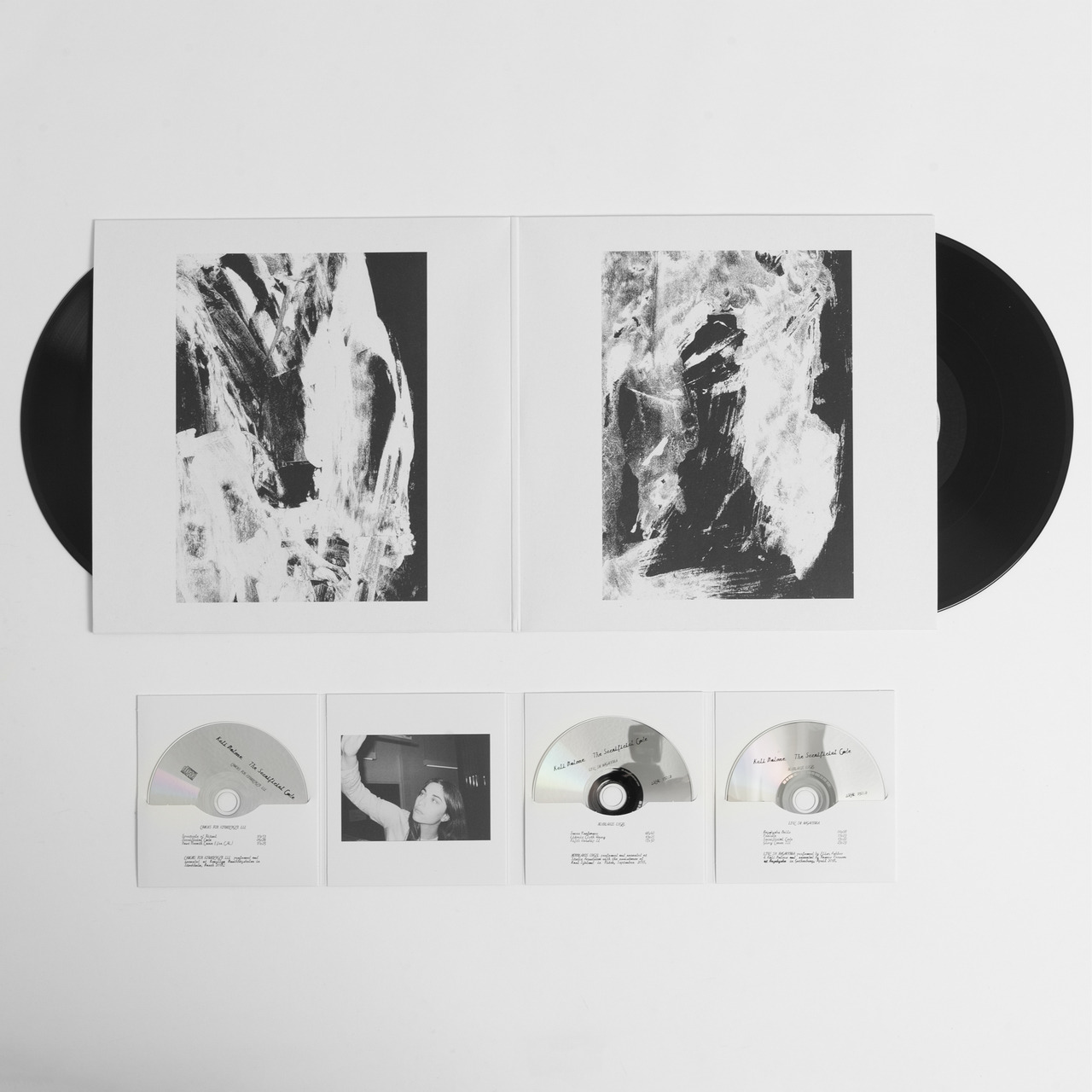 As TSP readers might expect, most of the ten tracks are quite long with only a couple dipping below the seven-minute mark. Melodies are fairly simple and made even more so by the organ tones being stretched out as far as is possible without losing the music’s structure (even the stretching can start sounding a bit self-indulgent) in the all-enveloping space. The slow pace brings a creepy quality to the music and listeners can feel themselves being drawn into the dark space behind the groaning organ tones. Even so, the music is not at all sinister: it just proceeds as is, neither favouring nor spurning whoever might follow, and focuses on pushing its sound and sequence to the utmost.

The live pieces recorded at Haga Church in Göteborg have a brighter, slightly sharper tone and seem warmer and less forbidding (though not very much so) than the earlier pieces. Be warned though, these are the longest pieces on the entire recording and are just as slow and single-minded as the rest of the album.

While the track titles might suggest a church or other religious ritual in progress – they probably should have stayed untitled, in accordance with the compositional order imposed on the music – listeners will find there is no limit to where their imaginations might fly, either heavenward or to the nether worlds below their feet, and all locations in-between, within the severe constraints of the recording. This is the remarkable paradox of “The Sacrificial Code”.