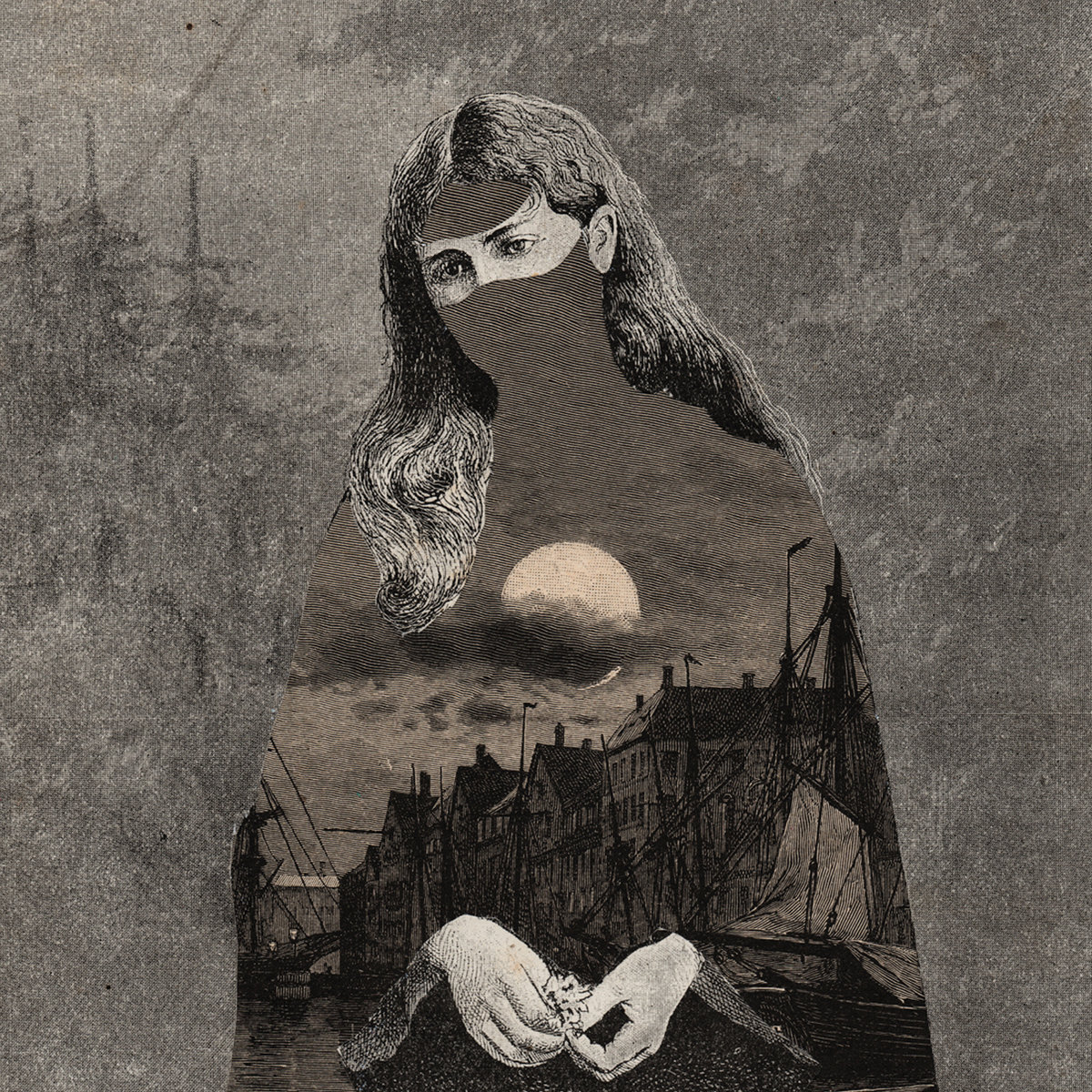 Based in Copenhagen, øjeRum is a collage artist and musician who is building up a reputation for his layered collage portraits (an example of which appears on the cover of “Silent Figure With Landscape”) and sculptures, and for his music which includes a double cassette set of selected organ works lasting over 60 minutes. By way of introduction though, I’ve chosen this much shorter cassette of quiet and moody ambient instrumental music, in which the organ plays a very modest role, for review.

By no means is this recording silent – otherwise I’d have nothing to rabbit on about – but space does play a large part in this melancholy minimalist work. It feels so eerie, lonely and above all heartfelt in its isolation. There is a very compelling quality in this work – maybe it’s those doleful keyboard tones in the background – that draws listeners in, even though at times the music doesn’t appear to be doing anything much at all except wallow in its unhappy minimalist groove and sink deeper and deeper into a darkness of its own making. It’s definitely not an album to suit those with short attention spans or who look for something hopeful or warm.

There may be no great revelations or discoveries to be found in this work and many TSP listeners may feel after hearing this tape that they’ve been led up the garden path into a cul-de-sac but, hey, if you’re having one of those days where you’ve woken up feeling depressed, nothing is going right and you see no way out of the black hole engulfing your mind, you don’t need music that cheers you up … you need music that’s also in a crushing black hole with no way of escape.