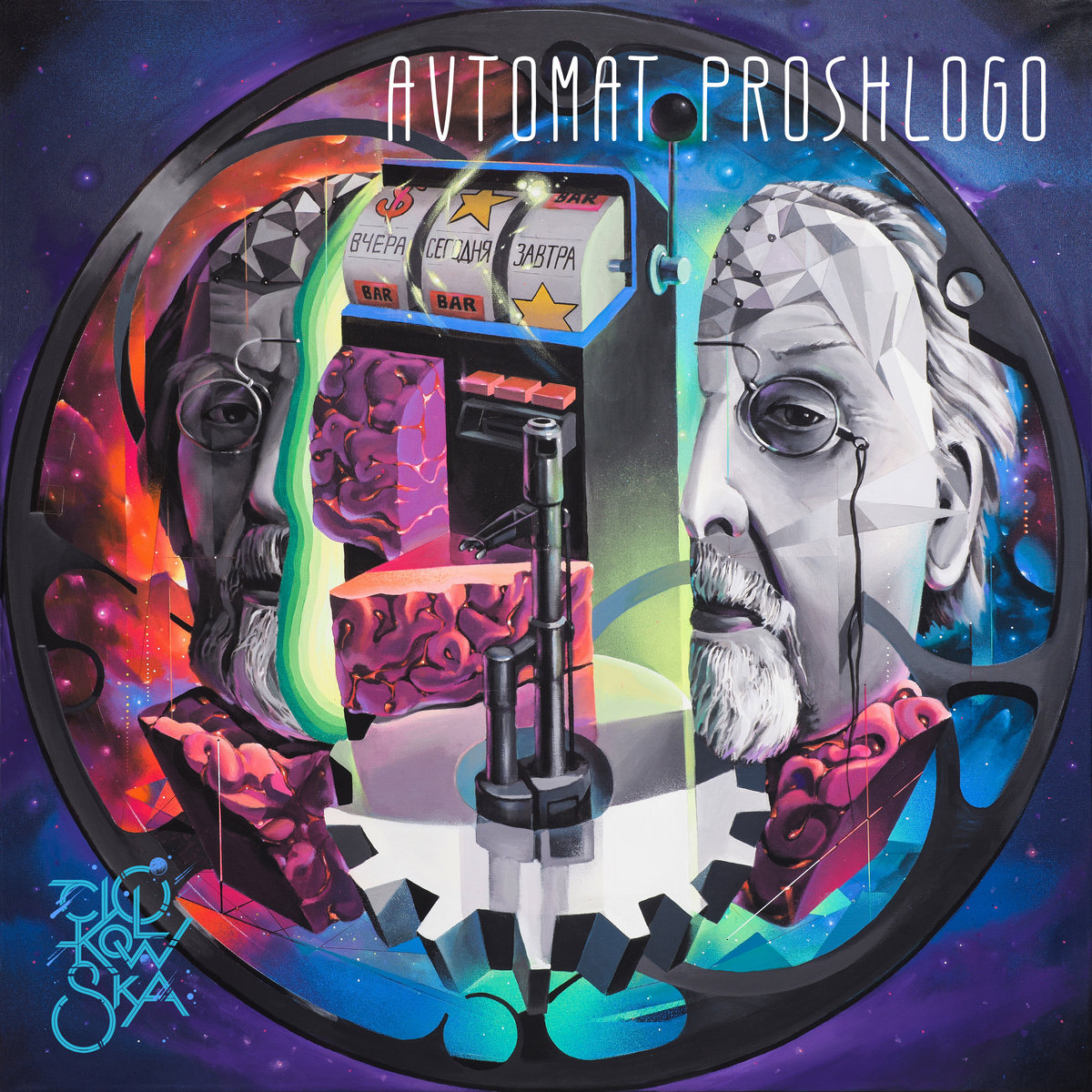 Started in Saint Petersburg in 2012, Ciolkowska are a foursome playing an eclectic mix of post-rock, space rock, psychedelic folk, jazz and variations in-between all these points, while boasting a member whose sole purpose in the band seems to be none other than strumming the ukulele. One might think that the presence of the ukulele might be for light-hearted and laidback effect but on this recording, the ukulele adds a slight melancholy, lightly blues-tinged edge. “Avtomat Proshlogo”, meaning “Automatic Rifle” or “Automat of the Past” according to the band’s Bandcamp page, is the group’s seventh album. The title seems to suggest that, based on past experiences and karma, the mind will instinctively react to present and future situations in a predictable way that will generate more of the same karma that already burdens it.

The music tends to be pleasant in a way that is moderately dark and mournful, very melodic if a little bland, and very trippy, spacey and atmospheric. There is some experimentation but no real sense of adventuresome risk-taking. Most songs are instrumental with only the introductory track “Karta” featuring vocals as a major element, and they tend to chug along quite smoothly and affably in the main. I’m sure the musicians have put a great deal of sweat and hard work into this recording but so much of the music here comes across as a bit self-indulgent and in need of pruning so that there’s a bit more direction, a bit more energy and passion, and less blandness. The last couple of tracks, one of which refers to a number sacred in Buddhist, Hindu and Jain traditions, are very spaced-out trippy numbers. Hypnotic they aren’t, however.

I must admit I do not hear much that has not already been done in the past – let’s say, about 30 to 40 years ago, in the heyday of punk and new wave – by British and Australian guitar pub bands, which perhaps accounts for the blasé tone of this review. After listening to this album a few times, trying to find something to like, I just have to say “Avtomat Proshlogo” isn’t quite my style of eclectic space ambient psych rock.