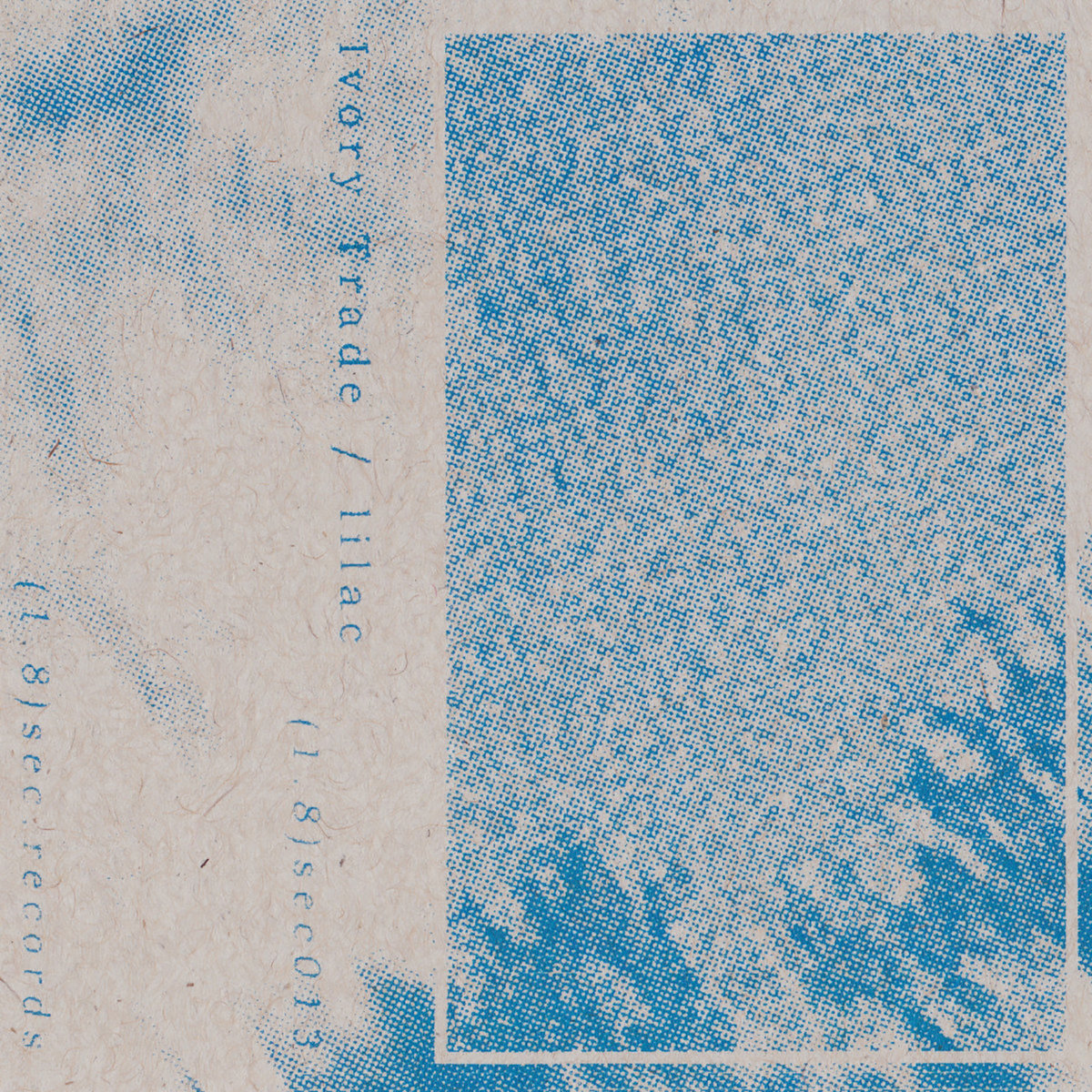 Based in Winnipeg, the city made famous as a focus of occult sexual energies and dark underground demonic forces beneath a veneer of former prairie railway-transit town turned current generic city with all the urban problems, local government in-fighting and corruption cities across the world suffer, in Guy Maddin’s mock documentary / faux family memoir movie “My Winnipeg”, noise / drone act lilac is Chris Bryan who also runs the label (1.8)sec.records. Bryan has been recording music since 2000 under different names but lilac is his current and sole musical project, with an album “The Great Argus” self-released in 2013 and a split recording done with Richard Chartier’s Pinkcourtesyphone in the same year, to its credit. Here Bryan’s lilac teams up with obscure Belgium-based Ivory Trade to produce a split album that might not be big on length but is huge on sonic range and textures, experimentation and power.

Ivory Trade’s side of the split includes three tracks of gritty post-industrial droning pieces with background field recording sound effects with a lo-fi production that casts a shade over all the music, rendering it dark and slightly sinister and shady. Track titles like “Regression” and “Through Your Memory” might suggest a running theme of the past being perhaps superior to the present in some way, though what transpired before wasn’t necessarily ideal or perfect and in fact had serious flaws that have led to the present-day degradation and decay. Certainly the main track of the three, “Regression” features quite cold, machine-like drones and crumbly or rubbery sounds that seem to have an obsessive-compulsive, repetitive quality. “Through Your Memory” doesn’t sound any more inviting or warm either and again has an obsessive quality combined with a narrow focus suggestive of a mind so far detached from reality that calling it mad would be an understatement.

The tracks from lilac are clearer and more glitchy in nature but no less ominous: “parts one” and “parts two” (sic) possess the nature of silicon cockroaches skulking around in the same dank places that real cockroaches do, except these critters are indestructible and don’t run away when light shines on them – instead they come straight at you with shrill whistles, rustling noises and finally screechy zinging shafts of tinny noise that render you paralytic. “end of tape” is a much crunchier noisy drone piece, all running shaky grinding, rattling or throttling alien noises that amp up into a constant strange scratchy rubbery drone, relentless and inhuman in attitude, and with an underlying breathing loop beneath. It really does seem as if a machine insect is breaking out of its cocoon, crawling out and rubbing its legs together as if performing a strange repeating ritual.

Short the cassette may be but the impressions it creates of a weird post-industrial world inhabited by cybernetic creatures that have wrested it from humans now gone extinct are long-lasting. Whatever life-forms succeed us are more likely to reflect the more dysfunctional, inhuman, selfish and violent aspects of Western society as it is now than its positive characteristics.