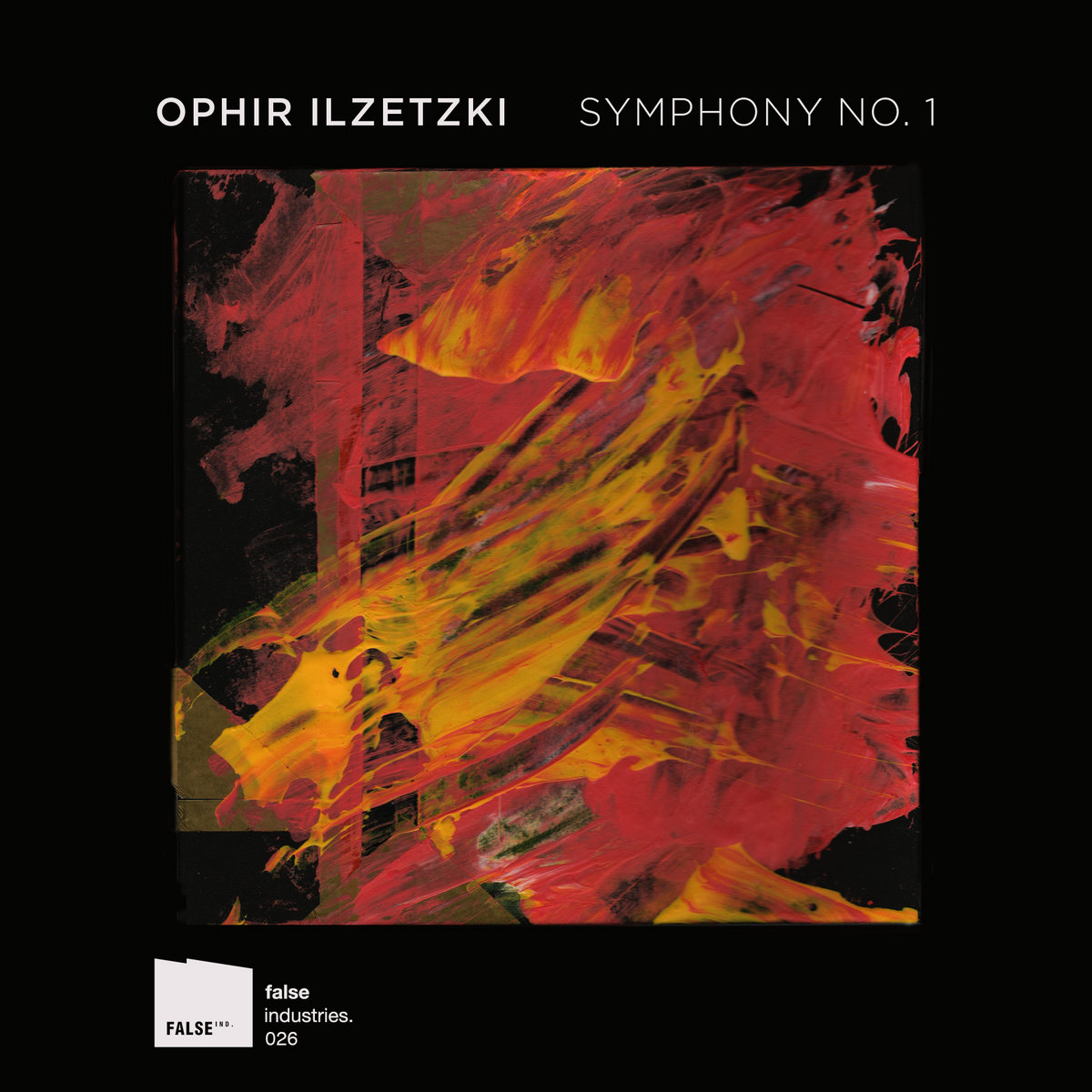 An incredibly powerful and expansive work that straddles composition and improvisation, Ophir Ilzetzki’s “Symphony No 1” is remarkable for being the Israeli composer’s debut foray into pure electronic music after nearly 20 years of composing for more conventional music-making ensembles. Ilzetzki’s choice of instruments for this four-chapter cycle is a limited range of analogue synthesisers – but what an amazing sonic universe he manages to conjure up with his fingers and a few instruments! Over four movements a sprawling world – a world of strange menacing beings, waiting for the right moment to strike at their victims – comes into being through long drawn-out drones of noise, hiss and trembling screech. Ilzetzki may not have had much experience composing pure electronic music but he sure knows how to control and shape the sounds he produces into long sinuous and sometimes repeating drone tones that form the work.

Just as important as the sounds Ilzetzki produces is the black space in which tones and effects might float, particularly on “Emma Carmel” where the slow minimal presentation of the tones gives an impression of a fragile sound world barely hanging together in empty space. A tremendous sense of isolation and solitude is present. Over its running time the track becomes more substantial but the feeling of being alone in darkness persists.

“To Heal a Blood Town” introduces rhythmic industrial-sounding drones and combines them with quite dark, even Gothic elements, though the latter may sound completely digital. Anyone care to hear a tolling church bell made up of electronic vibrating dust? An ambience of absolute horror accompanies this track and if you’ve seen far too many Hollywood Westerns and horror flicks, you may well be thinking of an isolated ghost town out Colorado way where vampires sleep during the day and come out at night waiting to prey on passing traffic.

The last track seems rather slow in finding its groove but this is a piece best appreciated by following its journey and having no preconceived notions over what it represents or if it has a story to tell. Restraint and an austere style suggest the piece is hiding more than it will reveal over the course of its nearly 22-minute time. Watch out – in parts the music waves rattlesnake warnings that ebb back and forth and reverberate through your head. But if you stay the course with the track, it will reward you with some of the most intense, shocking and electrifying listening experiences that experimental noise can offer.

Of all the work that Ilzetzki has done or composed throughout his career, this all-abstract experimental electronic opus might come to be regarded as one of his best, if not the best, recordings – which, given his résumé so far, would be quite a striking and idiosyncratic achievement.