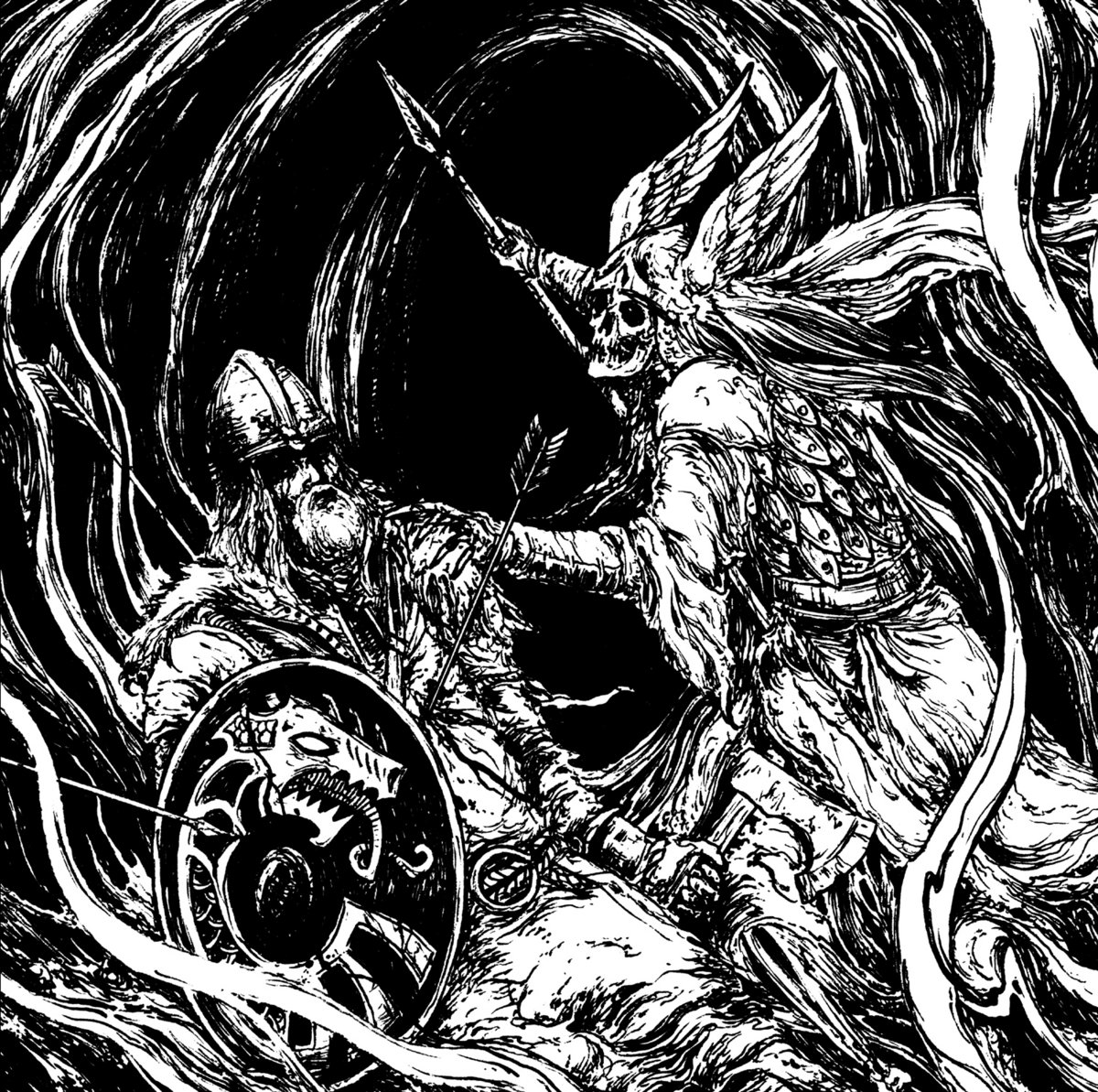 With the proper support, financial as well as artistic, there’s no reason why one-piece black metal acts in the most far-off and unlikely corners of the planet, committed to replicating and even advancing 1990s second-wave BM, and singing songs revolving around themes of destiny and spiritual as well as physical courage, dedication and sacrifice – all factors that might count against popular success in the corporate music industry – should not succeed with a public enthralled by television series like “Game of Thrones” or movie adaptations of J R R Tolkien’s novel “The Lord of the Rings”. In this respect the Australian BM act Runespell, led by sole member Nightwolf (who boasts a considerable CV of performing in other BM bands and co-runs another project Blood Stronghold with a Polish member), seems well placed to conquer the planet after forming in 2017 with two other albums and a demo tape, all released on the Iron Bonehead Productions label, to its name. “Voice of Opprobrium” is Runespell’s third full-length release: from what I have seen and read of reviews already out about this album, it follows on in themes, mood and style from previous Runespell work but refines and extends them.

The album is a very polished work with a clean and clear sound, and considerable atmospheric depth on most tracks to the extent that they often have a momentous and even epic feel though they’re not very long. The instrumental tracks that feature acoustic guitar as their main instrument are especially lovely to hear though the music becomes repetitive and the general mood stays much the same. The reliance on keyboards to put meat on the skeletons that the guitars create with repeating melody loops is heavy, particular on the later piece “Wings of Fate”. On the other hand, the BM tracks seem more complete as stand-alone tracks with plenty of variety in their melodies and riffs, though their sound seems a bit thin and underpowered. The percussion is rather out of step with the music, appearing a bit lost at times while the noisy fuzzy music passes it by even though it’s keeping time as it should, and I would say its chopped-up tones are the problem.

Of the three BM tracks, “All Thrones Perish II” is the most distinctive for its folk-mediaeval rhythm and sound. Even without the benefit of strong drumming, this song has energy and an air of defiance. “Ascendant” could have been a very strong song to finish the album with if the rhythm and beat had been more upfront in the mix. The cymbals don’t need more emphasis, it is just the drumming that needs to be louder and thicker in sound.

The album is easy on the ear with a dark and melancholy ambience in the acoustic tracks, and aggression in the BM tracks that is not bluntly confrontational. It may not be very original in its ideas but its sound, however thin it is on the BM tracks, is fresh. Certainly the clean production and the way the songs are interspersed with the acoustic instrumentals don’t help; perhaps those instrumentals, rather than standing alone, should be attached to the BM tracks coming after them, giving Nightwolf an opportunity to work those instrumentals up into some intense pieces of dark sonic art linking into the black metal.

For all its dedication to reviving a style and sound of BM of 20 years ago, Runespell is very much a contemporary band carrying forward themes that can still resonate with the public in an album that, for all its faults, demonstrates good musicianship and thought and care in its making.