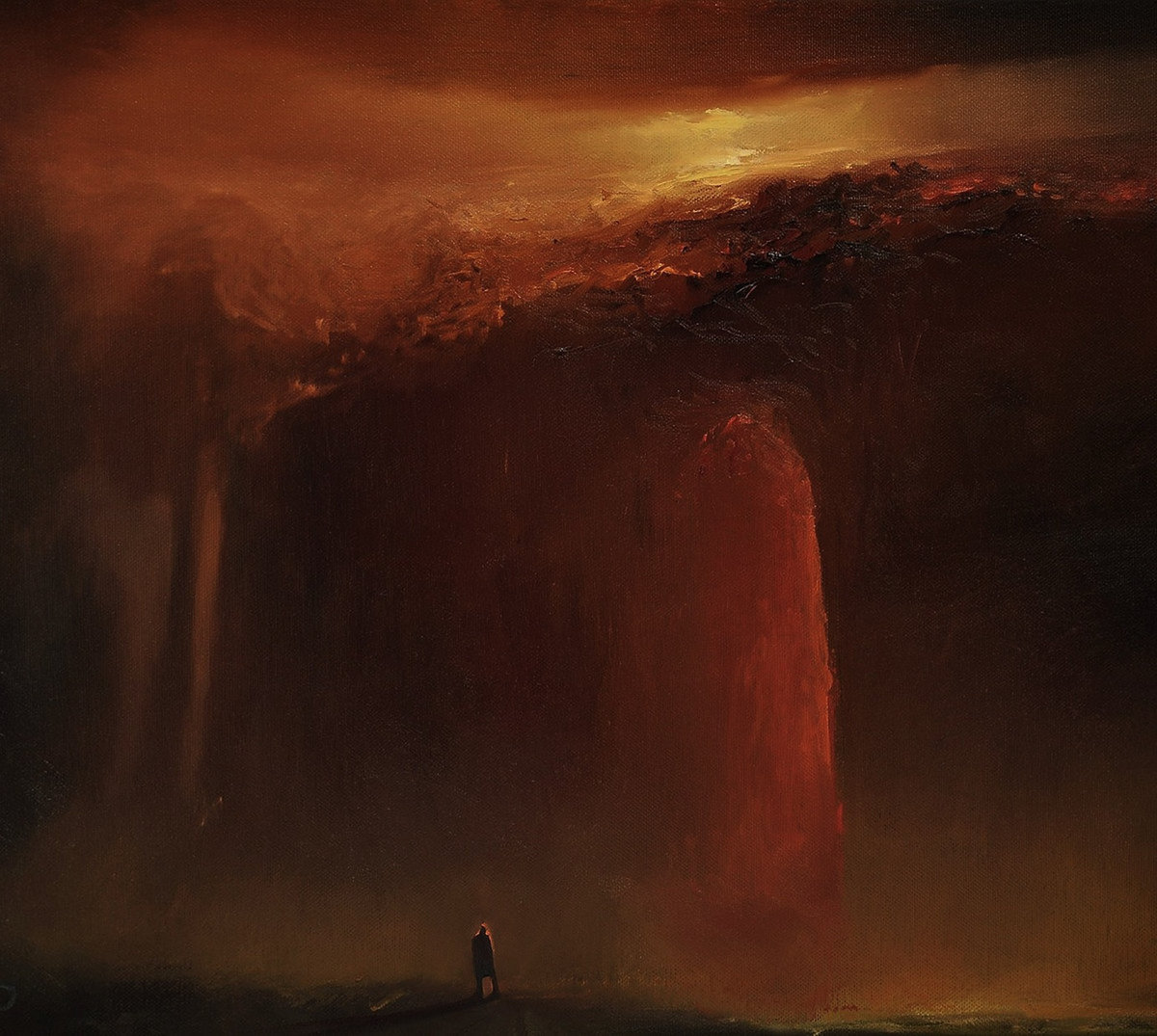 Originally formed as Vucari in 2013 – strange how a change of letter from a cute curved “c” to a more kick-arse spiky “k” can do wonders for a band’s fortunes – the four-piece atmospheric BM act Vukari seems to be on the up and up in 2019 with two demo releases and recent third album “Aevum” after a slow-ish five-year period. This activity suggests that 2019 is Vukari’s make-it-or-break-it year and certainly “Aevum” plays as if the musicians have thrown everything they have and more into this recording. The songs are epic pieces of melodic post-rock BM: they are heavy and pounding works full of atmosphere and mood, and busy with layers of extended instrumental music that feature each musician being on top of his game with technical skill. The album’s production is impeccable with a clean, clear delivery so that each instrument can be heard to its full potential. The musicianship is technically excellent with everyone playing as a tight and cohesive unit. Nothing is out of place and the balance of musical influences and the instrumentation is handled very well.

Opening track “Abrasive Hallucinations (Reality Hemorrhaging)” is a great demonstration of Vukari’s BM side: though the vocals are buried deep under the raging music and register as growls and grunts, the track has loads of energy and aggression to spare, and bleeds intense emotion and crunchy steel texture. The drums are a bit light and flippy but I suppose more powerful percussion would block the free flow of music and raw aggression. “Agnosia”, following soon after, is initially in much the same vein but sounding even faster, more urgent and more desperate. Halfway through though, the track goes on a more melodic post-rock path with a definite melancholy mood, guitars keening in the far distance, before returning to its BM motifs for the coda. “Entire Worlds Encased in Ice” is a withering rush through a fusion of BM and post-rock dominated by howling and screeching feedback guitar overhead before ending in flurries of snow particle ambience. So far, so good, though the tracks have not yet exhibited any distinct riffs, melodies or grooves that instantly etch themselves forever in people’s brains. At this point you realise the album has settled in its template of fast rock songs in a fusion of rapid-fire ambient melodic BM and post-rock, and is not likely to deviate from it for the rest of its running time.

From track 5 “Voidwalker” onwards, the music turns in a more post-BM direction, slower with more emphasis on melody and virtuoso playing, especially on the drums. Intense drama can be found and the singing sometimes assumes a more throaty death-metal style in addition to the thin BM rasp. While there can be real beauty and majesty in the dense music, at the same time the songs are no more distinct from one another than their earlier brethren were, and that’s a real pity: the songs need their own identities in the form of individual riffs, melodies, rhythms and other structural or textural elements to offer points of interest and reference and to stick in listeners’ minds. Audiences hearing this part of the album casually will find the songs sounding much the same and turning into an endurance test. Tracks 6 and 7 especially can be testing on listeners who are not keen on extended instrumental passages that appear to be nothing more than self-indulgence. Final track “Vacating Existence (The Final Departure)” combines both atmospheric BM and the more post-rock developments of the album’s second half for a grand 11-minute send-off but sonically doesn’t offer anything new or different from the rest of the album.

For an album that should be Vukari’s breakthrough into the BM / post-rock mainstream, this recording just doesn’t have enough self-contained tracks with their own idiosyncrasies that will catch and retain listeners’ attention in its middle to later half. Vocals need to be more upfront in the mix or louder in volume in the busy soundscapes which could have been less busy on some tracks or have given way to quieter, simpler music in ambient or instrumental solo sections. At this point I also start to wonder if the perfect technical aspects in the album’s production and the execution of the songs might be something of a liability; a slightly rougher or more lo-fi production, or more ambient music on some songs might have given them more variety, more interest and more individuality, with less bombast.

As it is, faults and all, “Aevum” will still garner Vukari a larger audience than the band has previously had – the flaws are mainly in the details of the songs and there is probably not a great deal that needs tweaking for the album to be much better than it is.