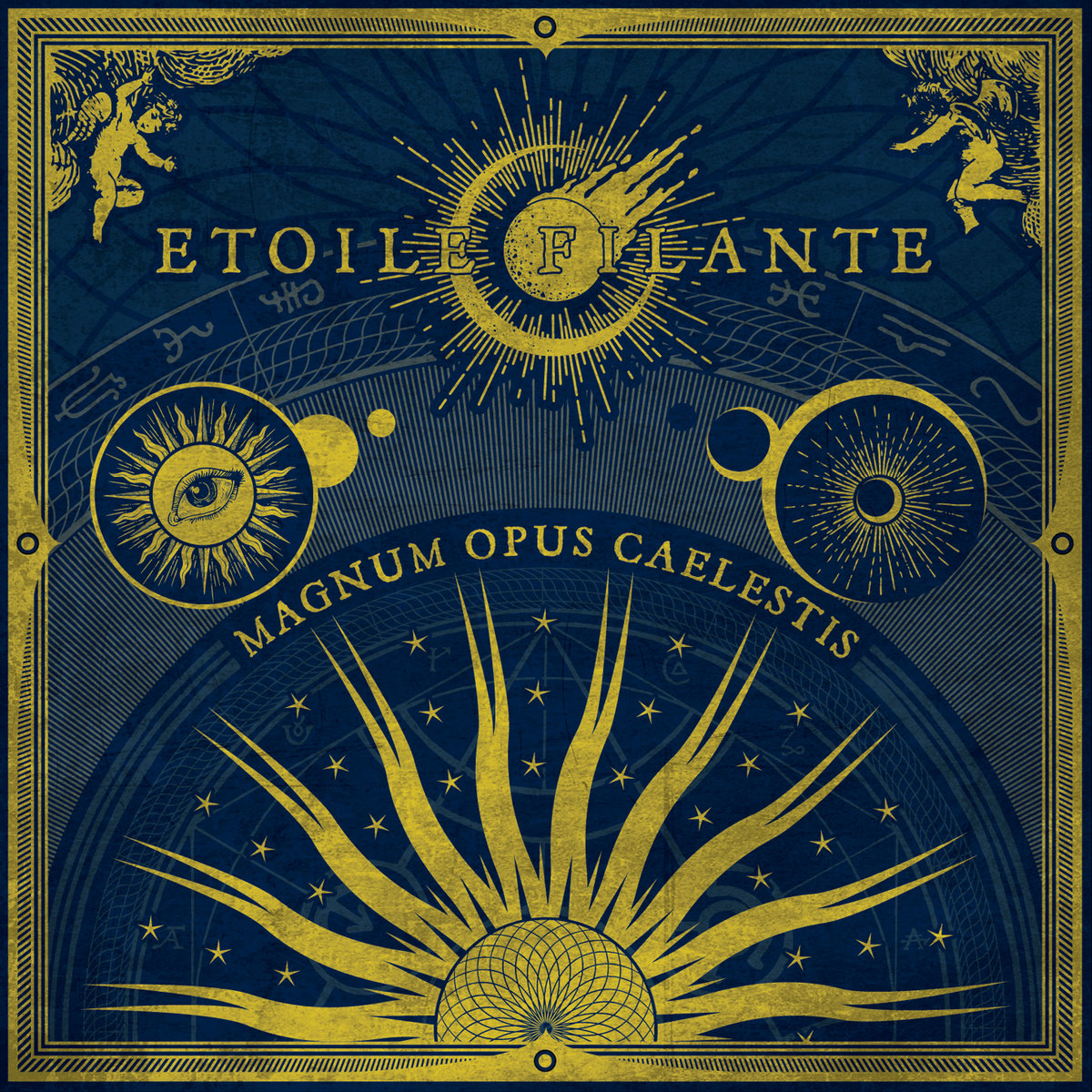 Formed in 2013, Paris-based cosmic black metal band Etoile Filante wasted no time in putting out its first release, an EP “Traité du monde et de la lumière”, but then almost six years passed before the band released its debut album “Magnum Opus Caelestis” in January 2020. If you’re aiming for the far distances beyond the sun, moon and the stars, as the artwork for the album cover suggests, you should lay your foundations very carefully, no matter how much time this takes. “Shooting Star” the band’s name may be in English but these guys are determined to prove they’re no space cowboys.

The journey into the cosmos begins with the lengthy title track which combines fierce and aggressive hammering black metal with melodic cold space-ambient keyboard work. The production renders both styles of music a little blurry which (to my mind) doesn’t work in favour of the music: it seems to be distant from the listener, as if a glass wall had suddenly rolled up from the ground, so it isn’t as immersive and hypnotic as it should be. The awe and wonder that I feel should be present – and those emotions may have been present originally – just aren’t there. For a 22-minute track, there is a lot happening – rasping BM vocals in reverb, some clean-voiced spoken-word lyrics, rushing BM, a lead guitar solo over a slow section, and lots of keyboard tone and drone wash – for listeners to focus on, and the result is a busy piece that seems to go all over the place and lacks internal unity. By the time the track finishes, you’re probably feeling you’ve been everywhere possible in the universe and the only places left where you haven’t gone are black holes. 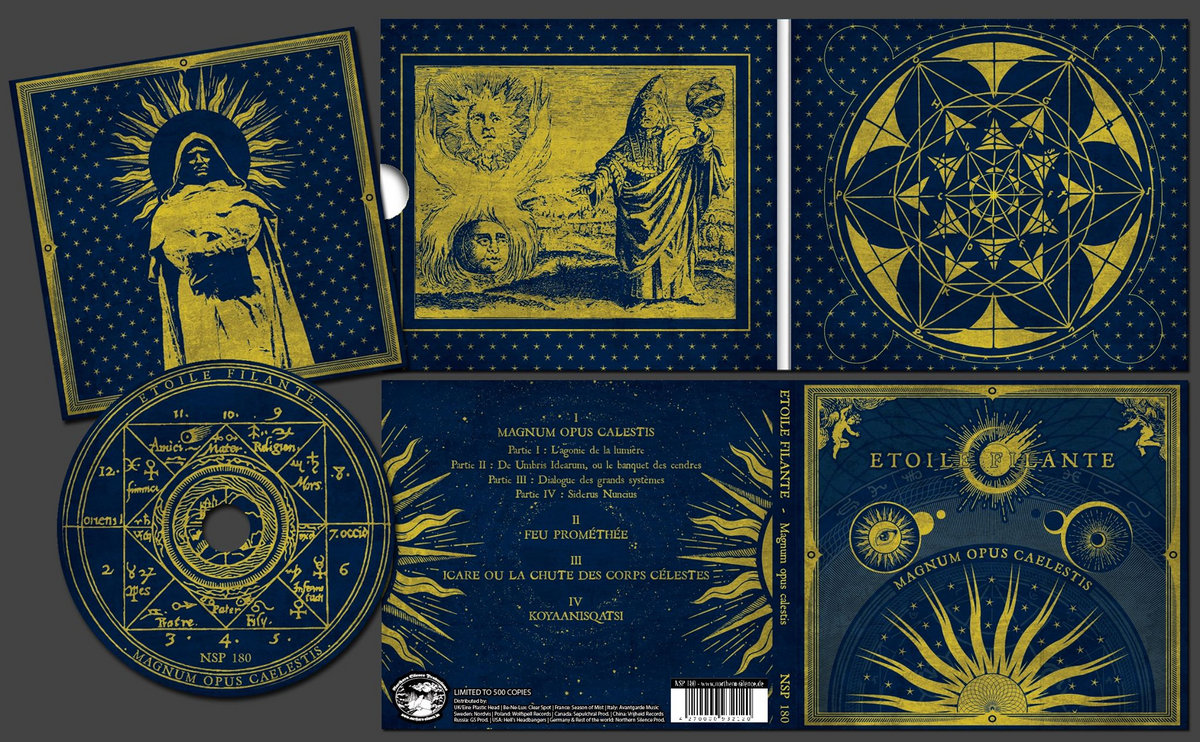 As it turns out, the more interesting songs are the ones following the title piece. “Feu Prométhée” has a much more definite mood and atmosphere which help to keep the music unified even as it goes off on various tangents of melodic BM and bursts of epic orchestral synth-BM fusion music. There are passages of purely cold space ambience but achieving full head-space immersion is close to impossible when annoying synth melodies keep dancing through your head and those drone hums you’ve heard on a hundred thousand different albums keep coming through as well. Reference to the Icarus myth appears in “Icare ou la chute des corps celeste” (“Icarus or the fall of celestial bodies”), a melancholy song with an excellent and highly original instrumental section of raw seething BM tremolo guitar and bubbling synth reverberation that unfortunately gets swallowed up in combined synth-BM bombast and shouty singing. “Koyaanisqatsi” (inspired by the film of the same name which in the Hopi language means “life out of balance”) is a short but monumental outgoing track built on church organ and a deep-voiced, gravel-toned choir, the singers sculpted out of stone, repeating the song title over and over.

A theme of adventure into new, unknown territories, but with a warning of the consequences that might follow if we do not respect those we meet on our way or abuse the environment and its resources, leading to imbalance, is present. The general mood starts optimistically with a lot of energy but as the album continues it changes to thoughtful and melancholy, and then solemn. I’d have liked the album to have a clearer, less veiled sound so that listeners can feel as if they’re in the thick of the action as the musicians set off into the cosmos and discover things, within themselves as well as outside their musical spaceship, that encourage more self-reflection and an awareness that they – and we – are all essential parts of the universe, and anything we do can have the potential of upsetting the cosmic balance.

While there are good ideas on this debut album, and the synth work is often very original, the music isn’t nearly as adventurous as it could be and I really have no sense of the musicians taking their instruments to the extreme of their technical range and capability. Etoile Filante needs to establish a clear identity and style of cosmic darkspace BM, and not be tempted to fall into a default trap of creating epic bombast with fiddly solo lead guitar and synth orchestra wash.