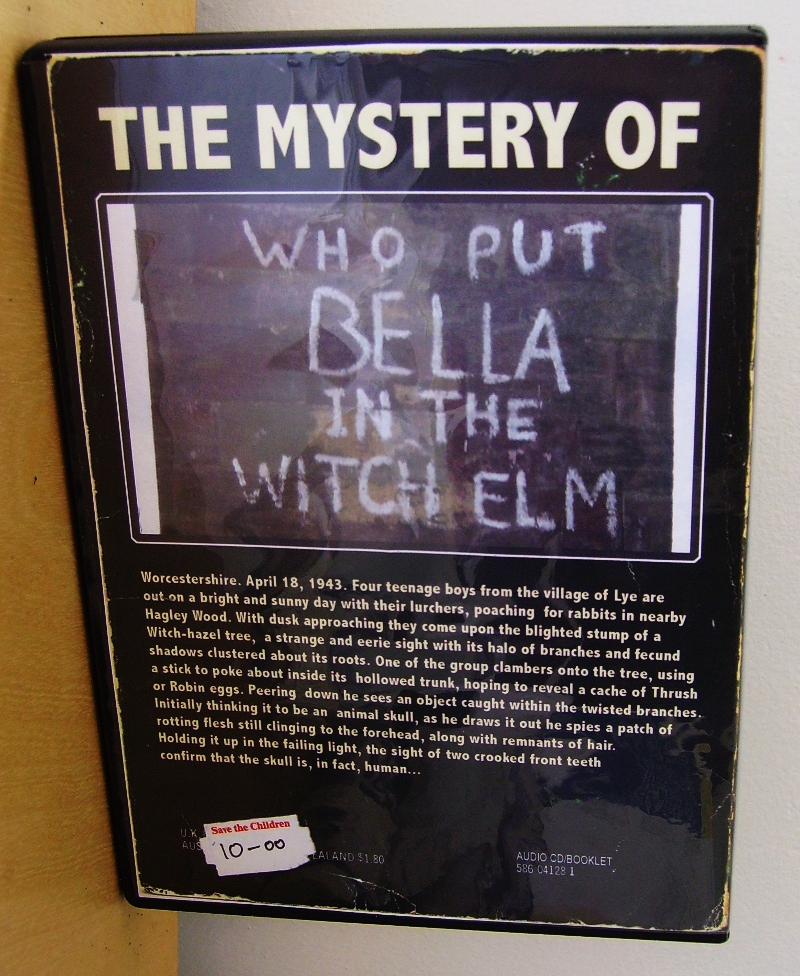 Some distinctive and astonishing songs from Nalle on The Wilder Shores Of Love (ALT.VINYL RECORDS AV019). The album is built around the songs and singing of Hanna Tuulikki, who also did the basic arrangements with her Resonator guitar and building tripartite harmony vocal layers with her keening and nasal voice. The trio is completed by Chris Hladowski and Aby Vuillamy, who together with guest musicians (including Ben Reynolds and Alex Neilson) add stark and twisted instrumental backdrops with percussion, piano, and strings, mostly contrived to produce effects that are harrowing, dark and mysterious. Hanne’s voice belongs firmly in the “once heard, never forgotten” category, and she draws influences from Loren Connors, gospel music, Henry Flynt, Patti Smith, Mongolian folk song and Nick Cave. The gorgeous gatefold package is decorated with her own line drawings in white on black backgrounds that are every bit as intriguing and symbol-laden as her songs.

From Debacle Records in Seattle, three marginal examples of what’s currently abuzz in the murky underground of the United States of Getta-Loada-This. Squim‘s No Blade of Grass (DBL 030) is seven tracks of lo-fi distorto noise concocted just the way I like it – grim, surly, bad-tempered and as uncommunicative as a petulant teenage heroin fiend. It’s lurking inside a gatefold wallet strewn with hateful bad-acid trip visions of lumpy, shapeless human anatomical impossibilities. Second release from this Squim character of Portland who debuted on Olde English Spelling Bee.

At Jennie Richie have stumbled our way before courtesy of Stan Reed’s PsychForm Records, but haven’t really made a lasting dent on my leaden cranium with their uncertain brand of noise-antic. Vaudeview Over for Blackened Tea and Hashishans (DBL 036) is a compilation of cuts previously issued on low run CDRs or cassettes for Stentorian Tapes and White Rose Records. It does have its moments of cruel thug-like attack and mesmerising throbbery, but for the most part I find it a baffling, almost faceless listen; most of the work appears unfinished and unclear in its intent. The core duo of Happiness and Forever are joined by Dick Flick and Johnny Mumbles guesting, and Matt Waldron (the Steve Stapleton acolyte) did the cover art.

Physical Demon is where to invest your PayPal dollars if you want to hear a truly imaginative and spectacular approach to nightmarish noise. Hyperdrift (DBL 039) contains three long tracks to permanently darken your day, of which ‘God Has Eaten Man’ is an impressive construct of screams, dissonant electronic brew, and crushing machinery at work; and ‘The Empire Never Ended’ is a similar jumble of chaotic layers pulling every which way, suggesting a cyborg-like entity at war with itself. Originally recorded in 1983, this work is very much in thrall to all the usual Industrial Mayhem suspects from that era, but it’s still a satisfying listen for lovers of bleak, ungodly violence and deathly horror-noise.

An intriguing package sent to us by Martin Jones from Retford is Ghost of a Hurt (NO LABEL). Jones is part of The Sinister Insult, a project that includes Oliver Tomlinson and Anthony Fielding, and the painter / writer Rik Rawling who happens to contribute his work to The Sound Projector magazine. This limited CDR of 90 copies is a mix of field recordings, dark ambient electronic sounds, and wayward guitar stylings all in the service of a complex supernatural mood piece. Location recordings were made in very specific forest and hill sites, and through painting, photography and narrative text, Rawling spins a dense horror yarn enriched with the sort of recondite historical and fictional references that Alan Moore would be proud to have scribed. The best touch is inserting a page from an Algernon Blackwood paperback, and mocking up the DVD box to look like a creased pulp paperback complete with a charity-shop price sticker on the cover. This release may be pressing a number of buttons that only work for true believers in 1970s UK culture, but fans of cult TV such as The Changes, Children of the Stones, The Tomorrow People and The Owl Service should snap this up.

Skif++ are a very interesting example of how the whole Austro-German axis of laptop electronic music is continuing to impact in other countries; the trio comprises the American player Jeff Carey (87 Central) and two Dutch artistes, Robert van Heumen and Bas van Koolwijk. Exhibiting little of the control-freakery and clinical approach we might expect from some exponents of the Cologne school, the trio deliver lively and unpredictable digital high-energy bursts by working in a very dynamic and inter-active environment, where one’s merest gesture or thought is transformed instantly into powerful sweeps of crackly texturised beltage. This may be determined to some extent by the visual side of the project, which uses technology to transform sound into patterns across the video screen (as done in the 1990s by ECM 323, to name but one). Most of the ugly and noisy material on .next (CREATIVE SOURCES RECORDINGS CS 175 CD) spews out on the short opening five cuts, but listeners with an ear for delicate and refined minimal pointillism may prefer the 26-minute ‘[thinner]’. Fine work which transcends many of the clichés and pitfalls of laptop music.

My crushed and battered body was just beginning to recover from the last assault by Hate-Male (a.k.a. Lawrence Conquest) when along comes Live In Studio 20th May 2010 (DOGBARKSSOME DISCS DBSD17). A single 36 minute work recorded live in a single take with no overdubs, this monstrosity shows you just what this man can do with his sickening use of repetition as he tortures his sequencer into breathing its final gasps of digital breath. An incredible cascade of sound, where digital reverb has ceased to be simply a decorative studio effect and is mutating into some sort of living creature, writhing like a gigantic horned python inside a coil of flame. Whatever this scaly beast may be, you can be certain it means no good towards mankind. The brilliantly shocking cover depicts an ancient doll with a highly distressed plastic head and equipped with a loathsome set of dental snappers, like a survivor from that repellent scene in Barbarella. This record represents the pared-down no-frills approach of Hate-Male (as opposed to his lush, production-heavy technique), and as such will inject your veins with a dose of the rawest possible chemical strain of max-strength virulent noise. Once infected, you can prepare for a rush on a cosmic, never-ending rollercoaster of death, a ride which will doubtless conclude with a painful and bloody finish. Available as a free download; a mere 10 copies of the physical version are available for sale!