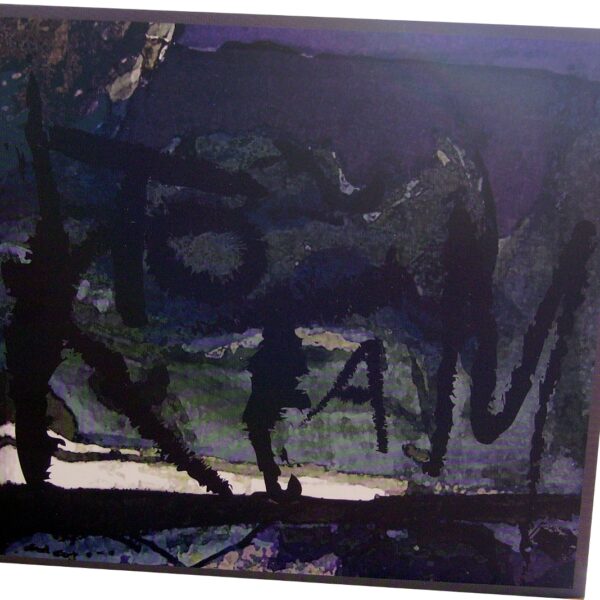 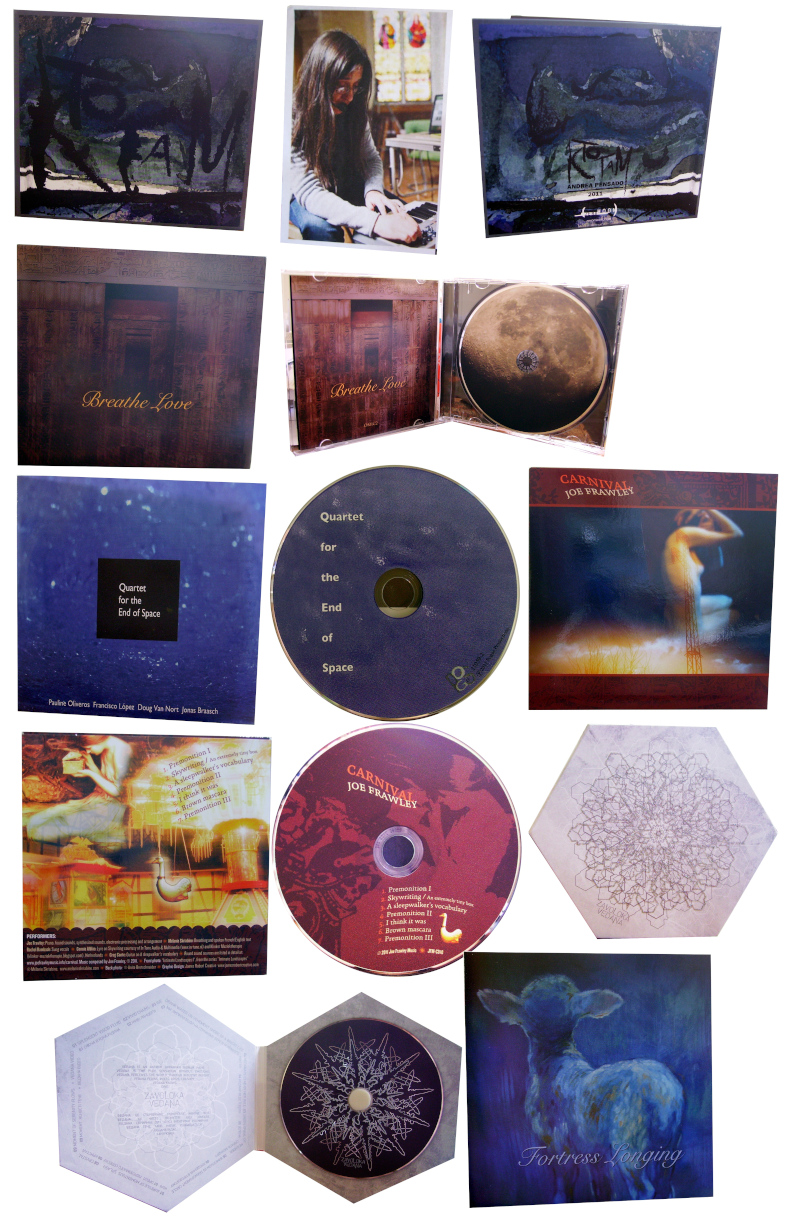 We last noted Zavoloka in 2005 with a release of hers on the Ukrainian Nexsound label. Here she is again with Vedana (KVITNU 16), an impressive collection of well-polished electroacoustic music which has taken about two years of hard graft on her part to execute, involving research, live performance, studio work in Cracow, and a collaboration with the visual artist Laetitia Morais. Kvitnu are planning a series of abstract musical works dedicated to the four ancient elements, and this release takes on the “water” theme. Nary a field recording of a spring, river, stream or waterfall here, and instead this imaginative creatrice has drawn inspiration from the Ukrainian legends of the Kharaktemyky, magician-cossacks who held sway over forces of nature to the extent that, merely by the act of drinking spring water, they could perform remarkable feats of channelled energy. The Vedana album clearly expresses these ideas of purity and inner cleanitude, and true to its word the music “flows, melts, drips and crashes”. Indeed the very lack of pre-mapped contours to these nine pieces is very refreshing, and they merge and unfold in a highly natural and non-linear way. Packed in a hexagonal card wallet printed with apt microscopic water-crystal shapes and snowflakes. Released in April 2011, received here 11/05/2011.

Another gorgeous work of dreaming-awake music from Joe Frawley is Carnival (JOE FRAWLEY MUSIC JFM-CD10). Using his familiar constructs of piano music, found sounds, tape loops, voices and other carefully-selected remnants, Frawley weaves his ambiguous dream-narratives in sound. Evocative titles such as ‘A sleepwalker’s vocabulary’ and ‘Premonition’ confirm his surrealist bent; each track is packed with sumptuous layers and inexpressibly beautiful moments of sound that pass and vanish in seconds, fading in and out like phantoms lit up in orange autumn light. The spoken-word fragments are planted and repeated like scraps torn from a poetry book and found strewn across moonlit pavements in strange cities. As ever, the listener has the delightful impression of being conducted on a dream-quest and invited to interpret multiple symbols, clues and fleeting hints. Collaborators on this release include Rachel Rambach, the lyre player Connie Alblas, and the guitarist Greg Conte, but in essence it is a Frawley solo piece. He has published a complete list of his samples and sources used for this miniature on his website. Received in May, but this feels like the sort of record you should be playing in the months of September and October, complementing the fey and wistful season with its mysterious charm. Come to that, it would be perfect for me if Frawley were to produce an interpretation of the stories of Ray Bradbury.

A stellar lineup of composers produced Quartet for the End of Space (POGUS PRODUCTIONS 21059-2): Pauline Oliveros, Jonas Braasch, Doug Van Nort, and Francisco López. On these eight lengthy pieces they assist playing each other’s compositions in the mode of performance which is quite close to “electroacoustic improvisation”, or EAI as some will have it. This strange work is largely charcterised by very alien, unnatural sounds; great duration; slow exploration of imaginary spaces; and certain affinities with the weather, of which Braasch’s ‘Snow Drifts’ is the most obvious example. His ‘Web Doppelganger’ on the other hand is asking profound questions about the very nature of improvised and aleatory music, and doing so in a very creative way. Recorded and performed in 2010, and put together with a great sense of deliberation and care; instrumentation is not detailed, but there is a deal of electronic music, signal processing and computer assisted sounds blending with traditional instruments such as the saxophone. All the musicians play with authority and gravitas on this profound and stirring collection.

Human Greed is mostly the vision of founder Michael Begg, whose Black Hill album we heard in November 2008. For Fortress Longing (OMNEMPATHY OMIC2), he’s joined by members of Fovea Hex, 48 Cameras, and Colin Potter, and the visual artists Deryk Thomas and Nicole Boitos, the former contributing heavily to the overall aesthetic of the project. The record is the result of Begg’s personal questing, involving much travel and self-imposed silence and exile, and an investigation into the properties of various droning musical devices, including singing bowls, the glass harmonica and stringed instruments. Mystical burnished drones result, at times so evanescent they seem to hang in the air like solar phenomena. Hermetic symbolism is implied in the cover images, texts, track titles, and that same sense of ancient mystery lurks within every moment of this slow and icy ambient music, as fragile and delicate as the tracery of frost on a window. Arrived here late May 2011.

A sizzling bruiser of raw electronic improvisation is Ktotam (ZEROMOON ZERO012) from the Argentinian sound artist Andrea Pensado, a kind of mixed-media composer who comes from Buenos Aires but has also lived in Cracow for ten years. These seven blistering cuts were produced with an unearthly combination of laptop noise and her own voice, using the voice to perform multiple tasks: barking out texts and fragments of speech, triggering gated samples in the set-up, and even controlling the mix in some way. I assume she’s equipped with a digital version of a snorkel or aqualung to perform these superhuman tasks. The results are just astonishing; dark magical incantations and spells for the digital realm. If I could send out one of these grunters in email form, I feel sure I could vanquish my enemies or win the girl of my dreams. Mastered by Jeff Carey and released on his Zeromoon label, this is a totally essential dollop of musical gravel re-expressed as virtual bits and bytes. I just adore the craggy formlessness of this energised mouth-music, at times so granular and crunchy you could eat it for breakfast with half a pint of milk. Pensado truly is a “bicho raro”!