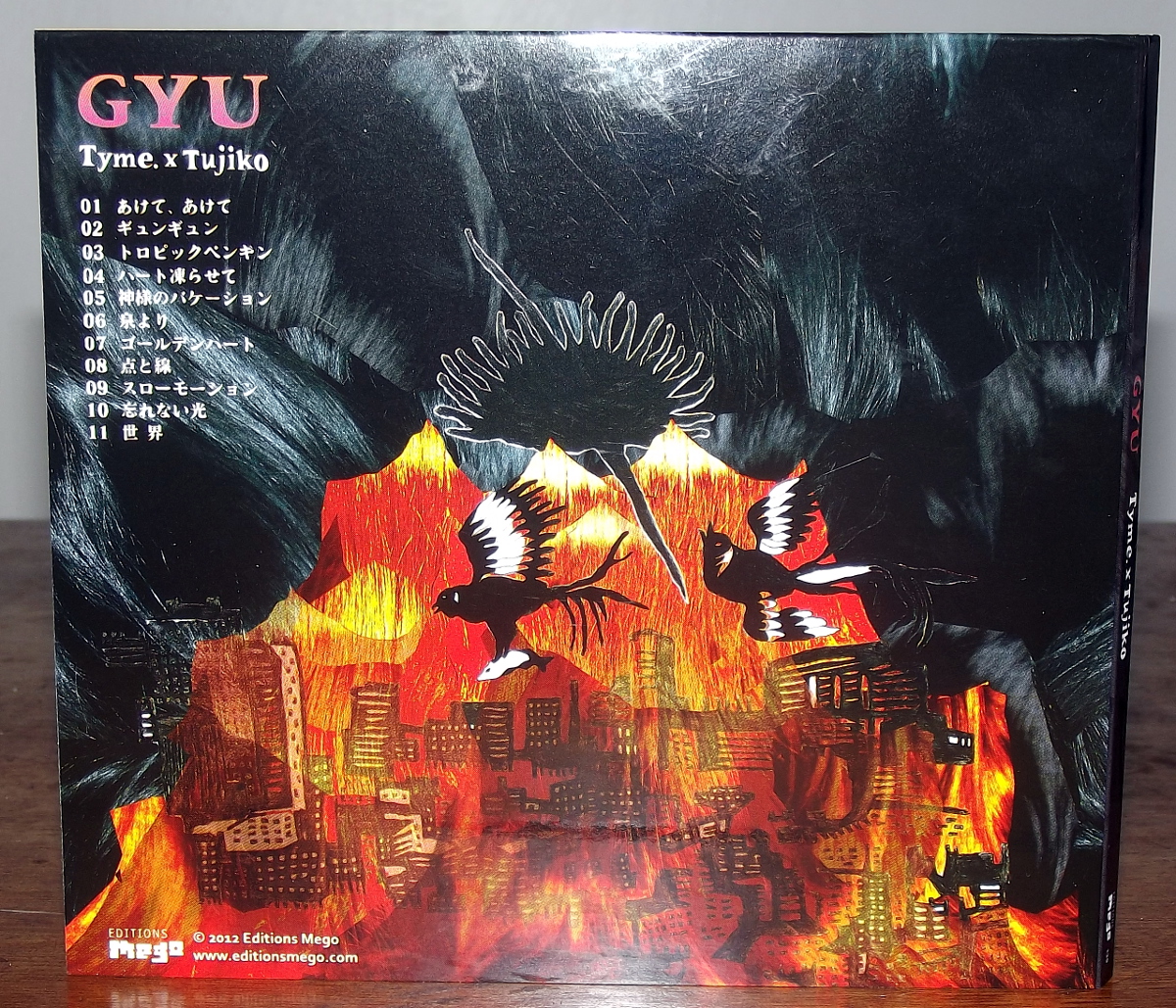 Another item from the Attenuation Circuit envelope of January 2012 is by the Finnish musician Esa Ruoho. As Lackluster, he’s been working in the area of avant-garde Techno music for a long time, but Riversmouth (ACM 1009) is not modern disco hoppery – it’s twenty minutes of ambiguous and exploratory drone work produced by digital means. We’re invited to savour its minimalist leanings, but Ruoho’s work here seems to me just a shade too cluttered to qualify as pure digital glitch, that near-inhuman genre of electronic music which constantly celebrates its characteristic steely glint and diamond claw. Ruoho prefers soft edges and undefined contours to the geometric Raster-Noton grid. He cannot resist introducing harmonies, textures, washes, and additional tones on top of the basic calm undercurrents he generates, almost adding elements at random until a certain pleasing unpredictability is achieved. The path is far from clear and the original aims are being steadily forgotten. The short piece feels like a journey across the surface of a huge lake that’s been half-filled with blue jelly.

Machinefabriek is the ever-popular Rutger Zuydervelt. If anyone knows about crossing lakes filled with gelatin, he’s your man. He could probably do it while wearing a pair of stilts. On Veldwerk (COLD SPRING RECORDS CSR156CD) we get a very nice sampling of some recent-ish field recording work and slow droney music from this Netherlandish sound artist, representing a variety of approaches; some are aural portraits of places and events, others have been self-consciously edited together into a narrative structure to represent a diary of a trip overseas. There’s also audio from an art gallery installation, and a film soundtrack. At all times the aim of Machinefabriek is to steadily contemplate the world from a centre of incredible stillness, neither casting judgement on his surroundings nor excluding anything that might be of potential import. Nothing escapes his all-seeing eye or his all-hearing ears. I would imagine it’s taken him many years to achieve this Zen-like state and if there were marks of distinction for being a “perfect master” in the high arts of field recording and phonography (or even just taking the time to simply listen), Zuydervelt ought to have achieved a black belt or the honorary title of the Akond of Sennheiser. Of particular interest: the “rough editing” techniques used to create a great sense of urgency and naturalism on ‘Slovensko’, where the artist is deliberately emulating techniques he learned from Yan Jun; and the 21-minute ‘Apollo’, a soundtrack work that’s a collaboration with Makino Takashi. The films of this Japanese cineaste reveal a preoccupation with galaxies and outer space, always a popular theme for avant-garde dronery of all stripes. Machinefabriek was torn between his natural inclination for uneventful minimalism and Takashi’s requirements for more layers and action. The results aren’t exactly the same as standing next to a Saturn V lift-off, but this subtle and mystical piece can easily hold its own with the incredible music of Matsuo Ohno. A lot of this was released on small editions of CDRs and singles, probably quite hard to find now, so this could be a useful comp. From 16 January 2012.

Japanese pop singer Tujiko Noriko makes a return to the Mego label with GYU (EDITIONS MEGO 239), and I had to rack my memory banks to recall that she released Make Me Hard for this label ten years ago. She’s been busy enough in the interim with records for Nature Bliss and Room40, including a collaboration on that label with Lawrence English. Here on this album of electro-pop beat songs, she’s assisted by the technical and writing skills of Tatsuya Yamada, masquerading as Tyme. The sleeve drawings by Toshiko Kimura promise wonderful vistas of birds and human escaping the confines of city life to rise reborn into organic bliss, but the music is 100% synthetic; not a sound slips by but has been processed into little shards of slippery pink candy. I’m not saying the production has been overcooked, but a lot of the soul has been drained from Noriko’s singing, and even the meticulously constructed stacks of Beach Boys harmonies don’t liven things up a whole lot. The preponderance of synths, drum machines and sequencers used for the backing music gives the whole album a sealed-off, unreal sensation. Six years to cpomplete it took, but this is because of the creative processes involved in the collaborative writing, rather than the making of the album; disposable pop this ain’t, even at its most elevator-friendly moments. It has a kind of artificial sheen of exquisiteness, even when the unwavering 4/4 time signatures and monotonous melodies become wearying. The titles are poetic though, if the translation provided is anything to go by: it’s a world of Tropic Penguins, Golden Hearts, Vacation of God, Slow Motion and an Unforgettable Lightworld.