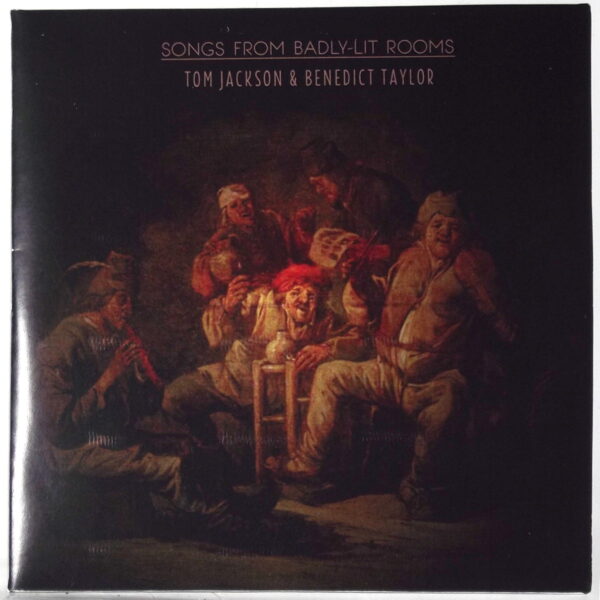 You may recall we reviewed the lovely music of Neil Luck in October 2012, the London composer who gave us Last Wane Days, a truly unique operetta baroque-pop chamber piece – a real surprise for many a powdered wig. He also appeared with one cut on the GoldDust compilation for Slightly Off Kilter records. Luck it was who sent us Songs From Badly-Lit Rooms (SQUIB-BOX NO NUMBER), received here 13 March 2013, and another uniquely somehow very English piece of wailery and squealation it doe bee. As you can tell I am already lapsing into a Jacobean-era style of writing and speaking, a transformation I considereth most appte when hearing these sodden wood-panelled pieces of musicke, as I sitte beside the fire and peepe dartingly out of a small latch window. These airres fitte for the eares of our right royalle King were played by Tom Jackson the clarinettist, with the viola player Benedict Taylor ever by his side. Both are improvisers and performers well respected about the towne, and indeed have likewise found success beyond the seas. For many pieces the players doe buzz and humme at a frantic rate, as though pursued by two tigers from Oriental parts, or else find themselves besette with unwanted small insects crawling about in their nether garments. My advice would be to wear an iron codpiece and so preserve themselves from The Enemy. Also of interest are the different timbres and acoustic qualities, which vary from track to track; perhaps the titles indeed reflect the real-world locations for their performances. If so, most sensitive to the space of a chamber they have proven themselves. No man can listen and remain unmoved at such delicious sounds; barking, crying, hooting and issuing many a plaintive mew, both raising dreadfull clamours to the skies. The duo perform roped together like two sailors on board a shipload of tobacco, and communicate by unseen means that inform their every thought and move. In fine, most high recommendation for this moving and delightful recording. Now I must needs return to gutting my fish from Cheapside market, ere I expire from hunger. 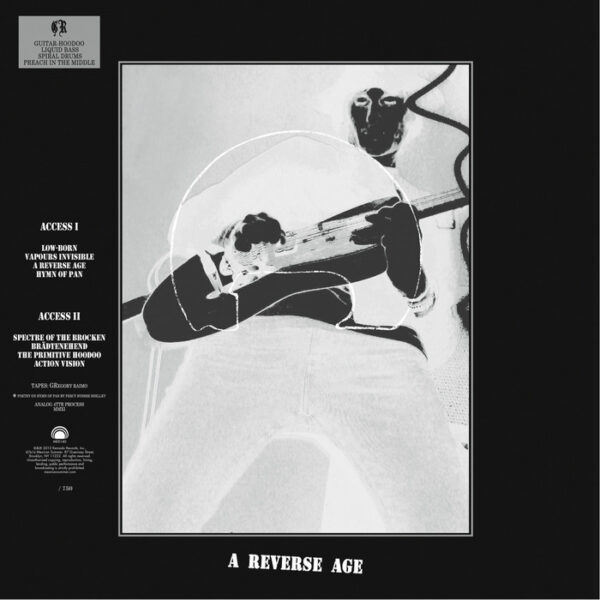 From 11 March 2013 we received a glorious eccentric and fiery recording of avant-rock solo antics by GR (i.e. Gregory Raimo from France). What an axeman he’s proving himself on these solid high-volume grooves. I’d like to meet his tailor. His A Reverse Age (MEXICAN SUMMER MEX140) is a glorious blast of psychedelic rockabilly noise, the musical fabric cut to shreds by his nasal poison vocalising which mows down eight beds of precious flowers and causes entire trees to wither and die with just one billow from Raimo’s diabolical breath. With his ‘Hymn to Pan’ and his ‘The Primitive Hoodoo’ he owns himself a willing convert to the anti-religion of The Cramps, while his thudding drumming style and raw recording approach fuel the excitement to boiling pitch. The highlight though is his rich and juicy guitar style, often-times heavily psychedelic and reminiscent of Gary Ramon of Modern Art / Sun Dial (or the glorious obscurity Jesse Harper). Fans of Alan Vega and The Fall from circa 1980-1981 should devour this flaming nugget at tremendous speed, using crocodile jaws to chew the slabs of meat. Excessive and flailing adjectives abound on the press release, describing this wild trip as an “argument between myth and reality”, but such unhinged language and frothing praise is quite justifiable in the face of this rockin’ gemuloid. 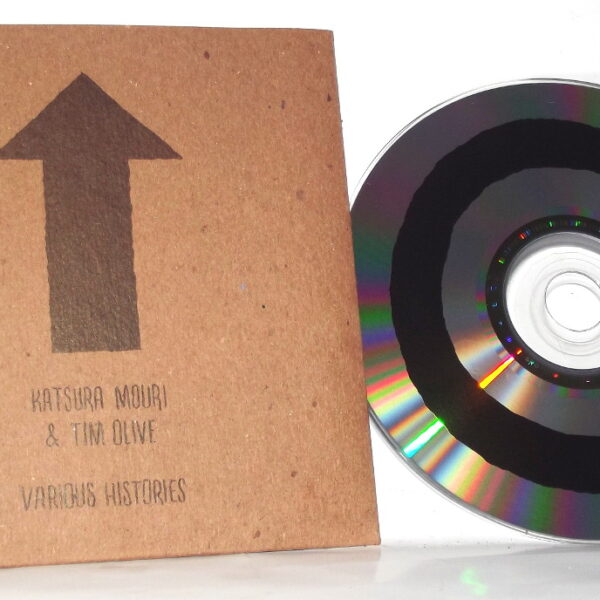 Here’s the scrapey improviser Tim Olive with another release on the 845 Audio label sent to us from Kobe in Japan on 21 March 2013. He was carrying a metal pail full of old rusty bolts at the time. On Various Histories (845 AUDIO 845-2) he teams up with Katsura Mouri, a fabulously talented sound artist who works with turntables which are doctored with “prepared records”, percussive objects and pieces of metal. She’s been a member of BusRatch, DOOG, and herviviennestrap, but also performs solo and in 2009 she toured with other contemporary turntable manipulators eRikm, Martin Tetreault and Ignaz Schick; and has assembled a cunning multiple turntable set-up, like Philip Jeck used. This is the first I ever heard of Mouri, but I love her delicate approach; there’s none of the heavy-handedness, violence or sarcasm one sometimes finds with your basic turntabling types – present company excepted, of course – who seem intent on smashing the device, breaking records, or trying to single-handedly destroy the history of recorded music through the symbolic annihilation of this culturally-loaded (as they would see it) machine. Instead she works most sympathetically here with Tim, who plays pieces of metal amplified with guitar pickups, to create five intense pieces of heavily abstracted grey rumbly sound, rich with plenty of low bass grumbles and growls, most of the music hovering gracefully on the twilight zone where it might erupt into vicious anti-social table noise at the turn of a feathered cable. However, it never actually does that, and instead suffuses all emotions into this slowly-bubbling green soup of seething restraint. One listen to this shimmery-abraso beauty and I’m head over heels with Katsura Mouri’s playing style, now tempted to seek out her 2000 and 2002 BusRatch records for PARA discs.