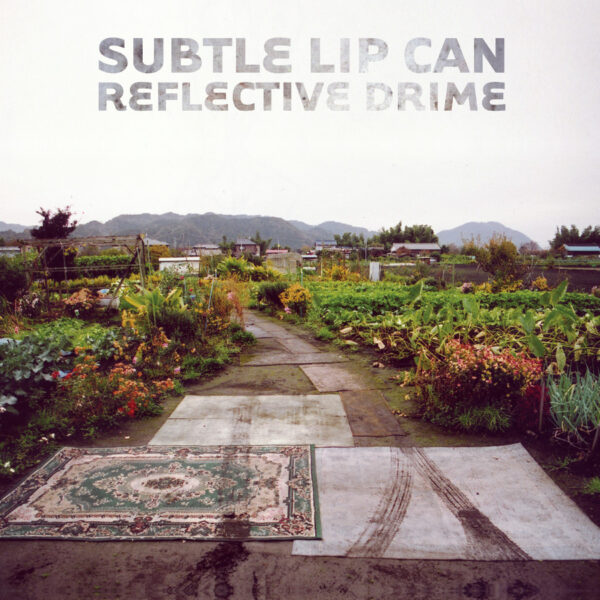 First up, Montreal trio Subtle Lip Can, offering immediate clues to the nature of their art before you even listen to the album. First of all, the cover photo, which shows squares of carpet laid over a muddy path through some allotments. Secondly, the track titles, which might have been written by Stanley Unwin – ‘Siffer Shump’, ‘Rommer Chanks’, ‘Fliver Shame’. If that leads you to expect strange patterns emerging from a rich and squelchy under-layer, delivered in a language that makes itself up as it goes along, then you’d be right.

However, if an instrumental line-up of guitar, percussion and violin/mandolin leads you to expect something acoustic and jazzy, you’d be wrong. This is music built from scrapes, drones, chimes and raw stabs of dissonance, and is often distinctly unsettling. The band describe the album as a “mirror pond of mammalian spring songs” and mention Stravinsky as a reference point, which suggests a Spring-like urge to growth. Whatever it is that’s growing isn’t conventionally pretty, but it’s certainly compelling.

Bernard Falaise, Isaiah Ceccarelli and Joshua Zubot have been playing together as Subtle Lip Can since 2007. There’s a clear sense of connection on this recording. Some improvised music can sound like the players are obliviously clattering away in separate rooms, but the tracks on this CD are all of a piece. The trio are obviously listening to each other to create a coherent sound world, that will richly reward your exploration.

Also, full marks for including a track called ‘Toss Filler Here’ in the tricky 7th spot of the running order! 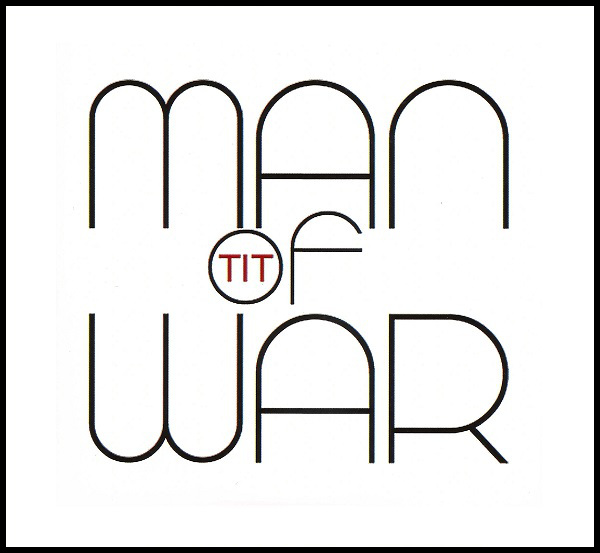 Next Man of War from fellow Montrealers Total Improvisation Troop, who aren’t afraid to use the acronym TIT. Rightly so. After all, as one section of this CD informs us, “Tit Is A Bird”, and much of this music sounds like the contact calls of an amorphous, roving flock, although not one containing any birds you’re likely to see at your peanut feeder. TIT can also stand for “Titanium Alloy”, which is the other pole of the group’s sound – metallic, clangorous, vaguely sinister.

Man of War comprises six tracks taken from live performances across various venues during 2012/2013. The title track is 33 minutes long, and is surprisingly delicate and diffuse given its martial name, almost fading away to silence at one point. The following three tracks are the “Titanium Alloy” selection, including ‘Lacemakers in Bedlam’, which should give you an idea of the sound, if you bear in mind that the lace is being made with metal wire. Finally, we have the “Tit Is A Bird” section, two tracks which lie somewhere in the middle of the TIT spectrum.

The recording features 16 musicians overall, playing everything from electric guitar, trumpet and trombone to hair clippers and cookie tins, all wrapped up with lots of electronics. The nucleus of the group seems to be Karoline Leblanc (synthesizers, gongs) and Paulo J. Ferreira Lopes (drums), but this really is an ensemble piece. Everybody joins in, everybody is given space to play, nobody grandstands or shows off.

Clearly, there are some good nights out to be had in Montreal for anyone who enjoys free improvisation. Encouraging evidence of a vibrant and healthy scene.