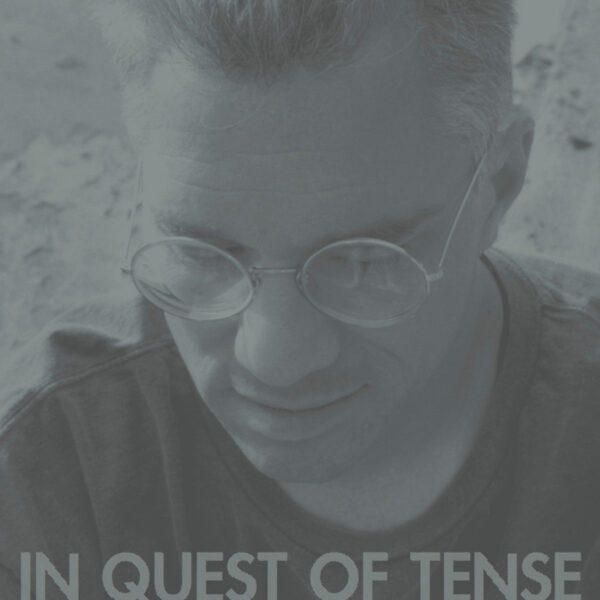 Dredd Foole (i.e. Dan Ireton) has In Quest Of Tense (FEEDING TUBE RECORDS FTR213), a vintage album from 1994 originally released as a CD by Forced Exposure and now reissued on vinyl by Feeding Tube Records. One common factor between these two labels is writer and collector Byron Coley, who writes about this release from direct experience, knowing the major players involved, and he provides an exhaustive sleeve note documenting the genesis of this release and putting the music and song of Dredd Foole in context, an exercise which I personally find extremely useful…I had no idea Dredd Foole And The Din (with its ever-shifting lineups) had been active since the late 1980s, nor that there was such a strong antipathy towards conventional rock music, and its apparent ubiquity, being harboured by Ireton and his followers. At any rate it’s clear that Coley and the FE team welcomed the music as a breath of fresh air, perhaps at a time when the USA was saturated by an unwelcome surfeit of Nirvana imitators. The story of this record is that after a number of spotty releases and live gigs in the early 1990s, Dan Ireton got his hands on a four-track recorder and a reverb unit, and recorded In Quest Of Tense at home in Wakefield. It’s all solo too, apart from one track which features his frequent sideman Ed Yazijian on slide guitar. The result of one week’s worth of improvising, In Quest Of Tense was released as a CD in 1994 and – according to Mr Coley – is now regarded as a seminal piece in the development of a latterday acoustic folk underground scene across the eastern seaboard of the United States, a phenomenon that would include I suppose The Tower Recordings and P.G. Six, and led to strains which later developed into even more unhinged and hairy free-form collectives, like Sunburned Hand of the Man or Valley Of Ashes.

Dredd Foole undoubtedly occupies his own niche, however. While I’m still not sure if I count myself a complete convert to his cult, there’s no denying the power of this release, the unique sound of it, and the generally unhinged vibes emanating from every moment of his free-wheeling performances. When I heard That Lonesome Road Between Hurt and Soul, his record for Bo Weavil Recordings, I was trying to reclaim Dredd Foole as some sort of warped American storyteller. But on In Quest Of Tense, he’s more like a demented wild-eyed poet, at times slipping into the assumed identity of a mountain hermit, possessed by the need to howl his self-penned chants and spells into the wind as he hurls them against the follies of the world. His special talent is revealed most clearly on the two long tracks, ‘Turn Turn (Turn)’ and especially ‘Ascension: Ra And Buk (Bridge Of Cries)’, the latter of which occupies most of side two; this is a performer who relishes the large canvas, so that he can fill every available moment with his continually-extemporised strums and vocals like Jackson Pollock flinging and dripping paint every which way. Once he’s in the zone, there’s no stopping the man, that much is clear. It’s impossible to decode any of the content of his mystic incomprehensible yawls, but the sense of meaning is still somehow transferred, and he’s not some loopy acid-head jabbering empty platitudes in an invented language.

The listener can’t help be overwhelmed by the odd sound of the record. Who’d have thought that a reverb unit, adding liberal doses of echo across almost the whole album, could have created such uncanny sensations of mind-altering dizzyness…that, and Foole’s brilliantly raw stabs at overdubbing additional guitars and other instruments, showing that he managed to master the technology at his disposal very quickly. Then there’s the cavernous tone of his singing voice, often-times transformed into another instrument as he barks or yelps out crazed vocal interjections to spur the song along like an errant beast on a cattle drive. One vocal mannerism is his hollowed-out mouth drone used to accompany certain passages, providing his own unique take on the art of overtone singing. The listener need only tune in for five seconds and that box of paracetamol will fly out the window. Many of the factors coalesce nicely on the 3-minute ‘Glory’, which is more like a poem or recit than a song, one that starts out like an incarnation of the truly dark prince of Rock that Jim Morrison never quite managed to become in reality, and then degenerates quite swiftly into an alarming flurry of overdubbed mouth-jabberings. Wild, freaky stuff; perhaps its only precedent on vinyl is the record by Mij The Yodelling Astrologer, that 1969 freakeroonie released by ESP-Disk’. It too made liberal use of the echo chamber to multiply and magnify the stoned ramblings of its creator.

The term “folk music” has been applied in recent years to all manner of material that is clearly nothing whatever to do with indigenous folk music history at all, and happens simply to involve acoustic guitars or non-electric instruments. One such example of this grand error is so-called “Finnish Folk”. Even Coley can’t quite bring himself to write the word and instead coins the phrase “modern völk sub-underground” to help situate Dredd Foole’s work in a context we can live with. However, faced with the crags and rough edges of this near-possessed statement, I can’t help but think of it as a piece of hand-made folk art, thinking not of music but of some physical artefact crafted in leather or wood and exhibited outside the house of some isolated American loner-genius. A cultivated form of Outsider Art, almost, but I’m aware that’s an even more loaded term. At any rate, this might be the record that finally tips the balance for me in favour of this one-of-a-kind musician. Provided the doctor lets me out at weekends, that is. From 22 September 2015.