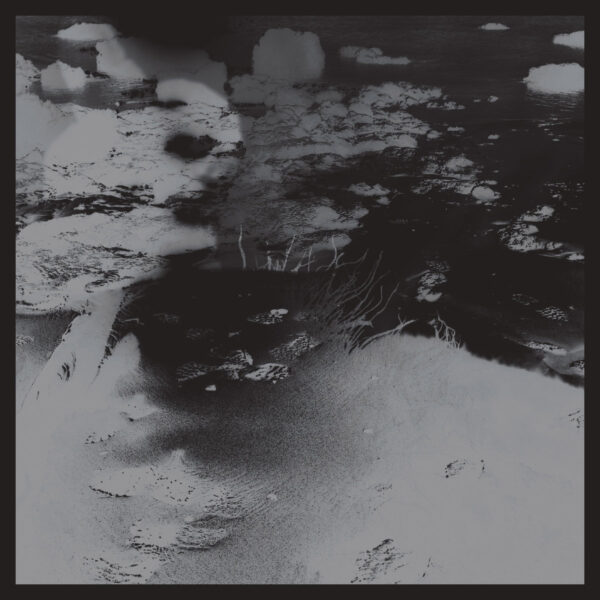 Aldinucci describes Borders And Ruins as “…a reflection on the instability of borders – borders as an extreme attempt to discriminate and rationalize that turns into a source of chaos and cultural ruins on both sides – and their impact on the relationship between people and territory…” I would add that it is also “Ambient” with a capital “A”. The record label’s press release describes it as “…sacral majesty…”, a term which I guess refers to the 18th Century translation into Latin of the Greek hieron osteon, the notion that a person’s soul resides within the body; in some fused vertebrae between the hip bones, to be exact. I’m not too sure about that myself, but, on the other hand, if my osteopath told me listening to this album daily would alleviate my lower back pain, I’d give it a try.

The album opens with “Exodus Mandala” Wow. Heavy. Choral. Driven into the red. “Division” begins with field recordings “…taken during several travels round the continent…” I get the feeling it is cold: someone sniffs nearby in a public space; possibly outdoors. A string synthesiser appears, mysteriously. “Parole” features organ tone and fuzz. Pulsing and crackling; a little synth vocalese to spice the mix. “Venus Of The Bees” begins with a recording from another large, echoey public space. FM synth bubbles away as we overhear a short conversation. A vocal pad is employed for extra Ætheriality. Again, Aldinucci makes full use of subtle distortion; signals are allowed to kiss the red before disappearing into delay and reverb, an effect I quite like. Female choral voices bob amid the waves.

By the mid-way point, things are becoming monolithic; “The Pray (Dissonant Ascension)” has plenty to chew on. I’m not sure if Giulio is familiar with John Coltrane or Glenn Branca, but, in different ways, those guys knew what they were talking about when it came to dissonance. Here, Aldinucci centres his brand of dissonance around a recording of a man praying. Whirling organ tones and bass heft help ramp up the anxiety. Everything ultimately collapses into a heavily echoed slow motion reverb tank explosion. The relatively short “The Sunken Horizon” begins with bubbles, turntable manipulation and a dog barking on the neighbours’ farm. It ends with a relatively low-key the-infinity-of-space-being-slowly-sucked-into-the-void kind of “explosion”. “The Skype Cloud And Your Smile On The Left” changes gear again. Overlapping choral female voices bring things to a discrete halt.

If you are quick and resourceful enough, you may still be able to source the red vinyl version of this, which was cut by the inimitable Rashad Becker at Dubplates and Mastering.