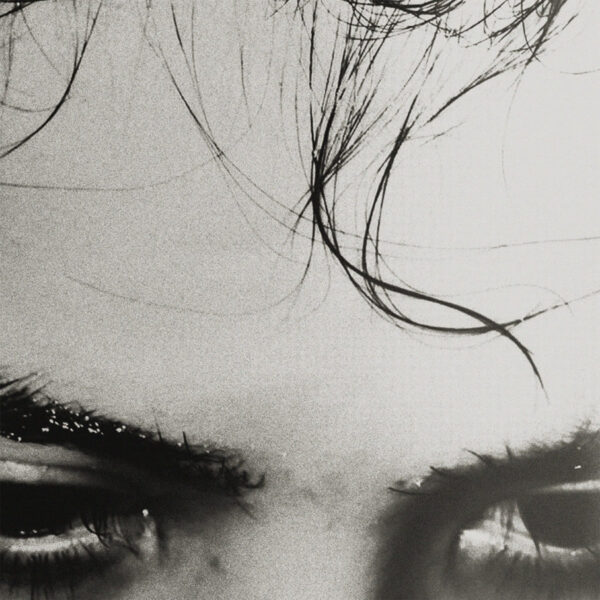 PLYXY’s Gloryland EP (HALLOWGROUND HG1806) seemed at first spin like just another ambient set, but creator Ros Knopov has invested a lot of emotion and personality into his work. Born in Russia and now transplanted to New York, Knopov has some very personal memories of his childhood (described here as “uneasy”) and wishes to give voice to his feelings in sound. Seen through this prism, these five queasy drones have considerable depth, and convey mixed sensations of a state that’s neither happy nor sad. The unreliable nature of human memory is part of the equation too, questioning and probing the meaning of what we understand by “nostalgia”. I read that field recordings and analog/digital synths were used in the music’s construction, but I don’t care to know it; the music feels natural and unspoiled, and I don’t wish to dispel that impression. Warm, human, wistful. (05/11/2018) 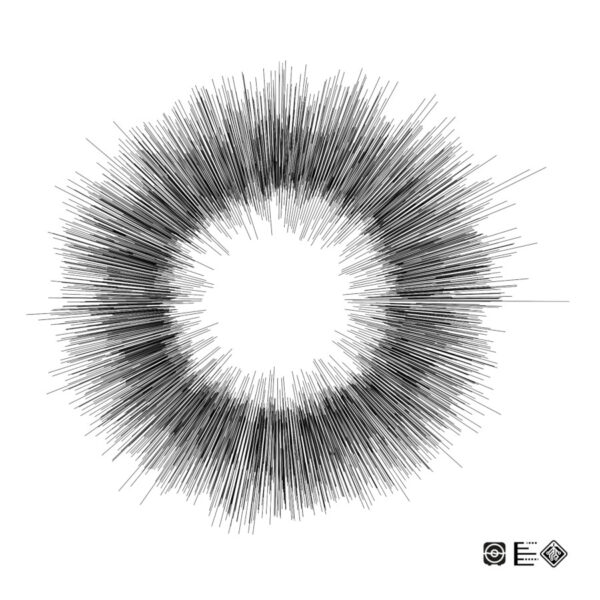 French multi-media artist and electronic whizz Julien Bayle has created a powerful set of compositions on Violent Grains Of Silence (ELLI RECORDS EL07) …his starting point was making recordings of “silence” in the notorious anechoic chamber in the French Mechanical & Acoustic Research Lab, and has processed the resulting recordings into remarkable episodes of very textural, dense, and multi-faceted noise. Don’t ask me how you can get noise from silence, but it is explained (up to a point) in the notes; it’s something to do with amplifying signals and using the minimal audio information to trigger oscillators. He also created micro-slices of noise through sampling-like methods (hence “Grains…”) and assembled them in very precise durational lengths, exhibiting a rigour and intellectual purity that is doubtless what gives this collection its remarkable solidity and depth. I’m intrigued that he entered that chamber – the space that gave rise to the infamous John Cage story – during a time of personal stress and hardship, perhaps to find a quiet space for prayer or inner peace. He has certainly managed to sublimate his pain into beautiful art, which means we could read Violent Grains Of Silence as a very effective form of catharsis. There’s a purity of essence at the heart of this sound, no matter how dirty and near-brutal these stuttering bursts may appear. Excellent. (05/11/2018) 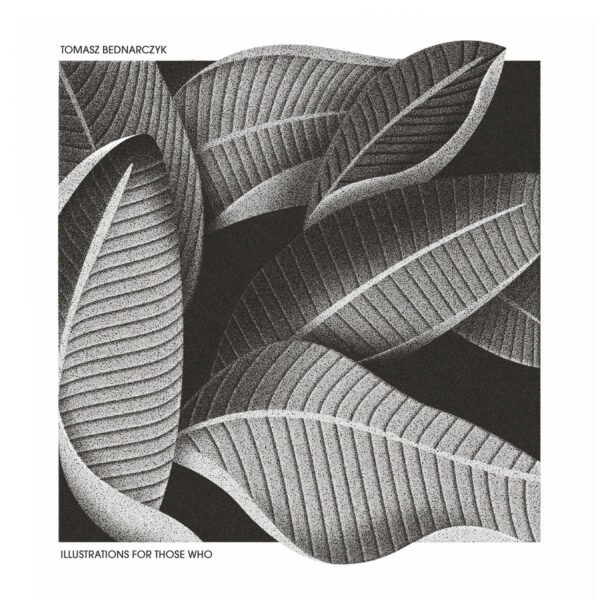 From Wroclaw we have Tomas Bednarczyk with Illustrations For Those Who (ROOM 40 RM495); this Polish fellow has appeared on Room 40 a number of times now, sometimes under his New Rome alias. Apparently his earlier work was a bit more “lush” than his current direction, which is described here as “reductive”, and focused on the single-minded exploration of one sound-source at a time. However, he doesn’t deny himself the pleasures of layering and looping, which might be why Illustrations For Those Who has a very familiar surface sound, that of gently floating over-processed pixels of granular synthesis. However, to his credit, Bednarczyk avoids too many slushy mixed chords and tasteful atmospheres, and I like it best during those moments when he patiently worries away at the work as surely as if he were painting a tiny watercolour, or carving a small piece of ivory. Almost wholly abstract music, untouched by any sense of reality or human emotion, and possible to experience as just pure sound. (05/11/2018) 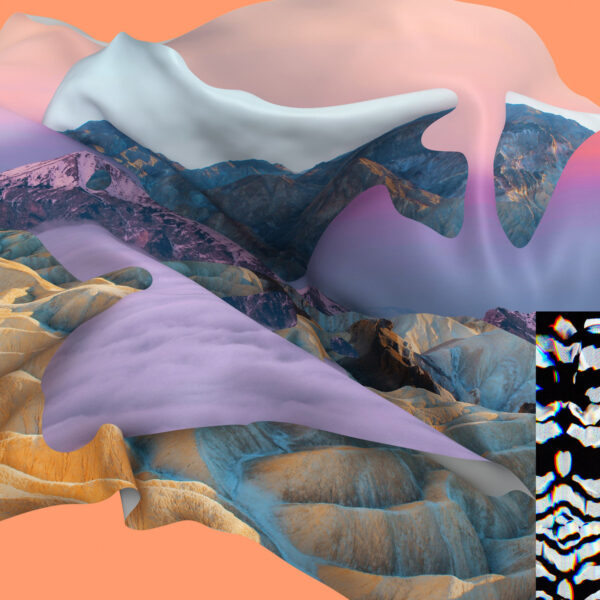 From Belgrade, we have a representative of the “vivid improvisatory and electronic music scenes” that have been unspooling in the Balkans for the last 18 years…Jan Nemecek is his name and Recurrences (-OUS OUS017) is presented to us as “power ambient”. He seems to be another fellow who has pretty much fallen into the screen of his laptop, being highly preoccupied with the joys of granular synthesis and “deconstructed recordings”, the latter phrase presumably a euphemism for processed field recordings. While again there is much that is very familiar from other records in this genre, Nemecek shows a certain flair for mushing together layers into a wodge of coffee-cake that approximates the effect of melody, without actually arriving at any clear landing point. In this he comes close to what Fennesz used to strive for, with records like Endless Summer. At the same time, Nemecek has a slightly darker tinge to his drones and half-tunes, meaning that not every track on Recurrences is a picnic on a sunny day. (05/11/2018) 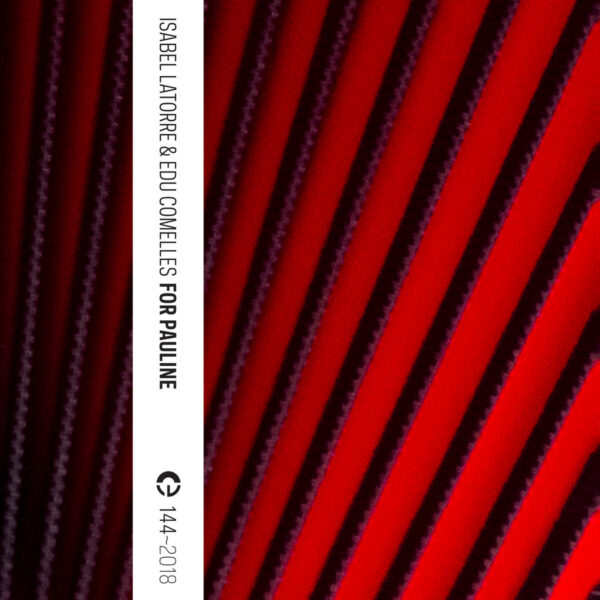 Minimalist accordion tones from Isabel Latorre and Edu Comelles on their cassette tape For Pauline (CRÓNICA 144-2018). As readers may have guessed, it’s inspired directly by the music of Pauline Oliveros, herself now regarded as one of the “greats” of American minimalism and feted for her innovative empowering ideas and sensitive performing skills. The work was intended as a realisation of Oliveros’ deep listening philosophy, but the project gained extra poignancy when Pauline Oliveros died and the musicians decided to turn it into a tribute recording. On Side A, Isabel Latorre plays live at a music festival in 2017, while on the B side we have a composition by Edu Comelles called ‘La Isla Plana’ based on Latorre’s recordings. Latorre’s side feels sketchy and wispy to me, but at least it has a certain spontaneity, as she strives to match the gift for intuition that was one of Oliveros’ hallmarks. Comelles’s piece is more structured, but mostly flat and uneventful nonetheless. Still, you can discern the breathing lungs of the accordion layered into this piece of processed minimalism. (05/11/2018)