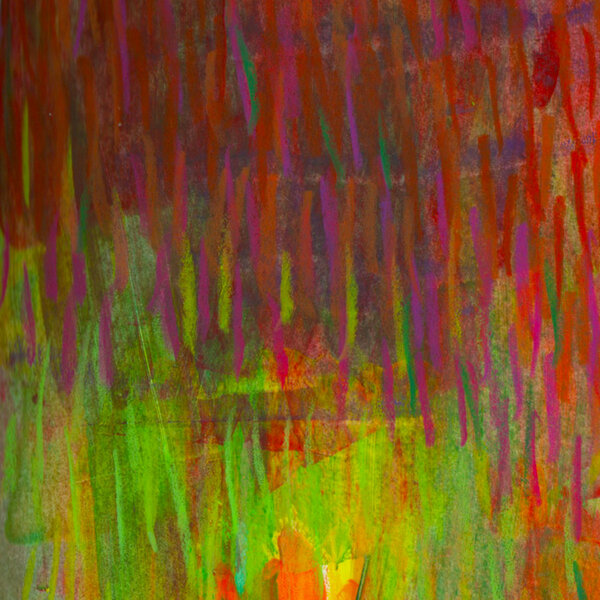 Excellent cassette from Peter Nagle, An Equal and Opposite Reaction (LINEAR OBSESSIONAL RECORDINGS LOR108) …we may have encountered his work very briefly on the Spectropol compilation from 2014 when he contributed ‘Fragments Of The First Eternal Memory’. He also appeared on LOR’s comp A View From A Hill. Nagle is one of those performers who likes to do everything himself (often it’s the best way), so overdubs himself playing cello, electric guitar, synth and vocals on these five tracks…the music is described here as “microtonal and minimalist”, and although there is a hypnotic aspect here in the monotony and steady repetitions, I find Nagle to be more of a maximalist, his music accumulating multiple layers and creating all manner of fascinating pre-planned clashes and abrasive moments, as unexpected tones jostle for space and foreign elements are unexpectedly brought in.

One such foreign body is the jabbering voice samples (people talking on the bus?) which appear in the middle of ‘Uniform State Of Motion’, these voices upsetting the otherwise smooth progress of a stately (mostly) cello piece by cutting in with their alien timbres and chaotic, non-regular patterns. It’s a case study in compositional skill, knowing exactly how and when to apply these interjections without disrupting the studied sense of balance. This fine piece – one of the two “long” ones – also has sustained guitar solos that match No Pussyfooting for their mesmerising pull. In another parallel universe, it could have been Nagle who was invited to add guitar tracks to Bowie’s Heroes…The other long piece is ‘Veränderung’, a 20-minute epic again showcasing the cello-guitar interplay that is evidently one of Nagle’s core strengths – it’s doubtful if he could find players able to deliver exactly what he needs to realise a piece like this. There’s a real dark quality to ‘Veränderung’ which I enjoy, starting off with uncertain, disquieting mixed chords and journeying down a remorseless tunnel of gloom, maintaining a constant sense of tension. This piece is about the most maximal on the whole album, also featuring creepy synths, power chords from a very depressed heavy-metal guitar, and unexpected stabs from a drum machine. This one really gives Sunn O))) some serious competition…yet it’s not an attempt at avant-garde heavy metal, it’s a serious composition, structured and delivered with tremendous assurance, and interpreted as only the composer himself understands.

These two long Dans are sandwiched in between three shorter experiments: ‘Immobile’, a nerve-shredding exercise in slow cello bowing with some mysterious below-deck creaking sounds (it would make an ideal soundtrack for a sea-faring disaster film); ‘An External and Unbalanced Force’, which can be read as a post-modern take on folk music or Americana, with its pastoral field recordings and its banjo playing, except the banjo is plucked in a desultory, minimalist style, full of uncertainty – an existentialist Earl Scruggs! And ‘Remain at Rest’, a funereal guitar solo which ends the album, is ample evidence of Nagle’s picking skills in the “spare and austere” manner, rival even to such masters of that style as Charles Bullen. Strong compositions, great playing, and packed with brow-furrowing themes of doubt, alienation and anxiety…what’s not to like? Recommended! From 25th January 2019.