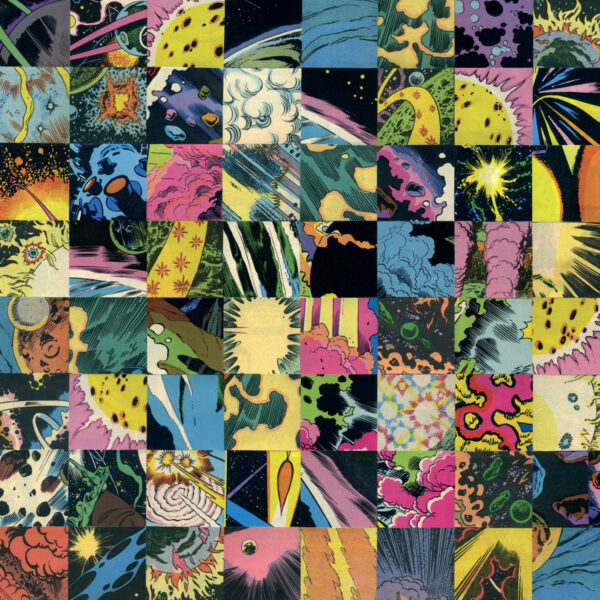 As a listener who enjoys UK progressive music and art rock of all stripes, it’s a pleasure to hear from the great Anthony Moore – key member of Henry Cow, and also of the impeccable Slapp Happy (with Peter Blegvad and Dagmar Krause), a song-based trio who had the rare distinction of recording with members of Faust in the early 1970s. I’ve even got copies of his later “art rock” solo albums Flying Doesn’t Help (1979) and World Service (1981), where he continued to exhibit his under-appreciated craft for song form, and reinvigorated many rockist clichés (both lyrical and musical) with his own eccentric imagination. He’s a national treasure in my eyes.

I was however taken aback to receive a copy of The April Sessions (SUB ROSA SRV512), a weird electronic LP which he recently made with two European musicians Dirk Specht and Tobias Grewenig, but I also see that I’m late to the party as they’ve in fact been collaborating and making records for about 20 years; one key release of their erratic career appears to be The Present Is Missing, released on A-Musik in 2016, made with the Missing Present Band (of which Dirk and Tobias are members). Both the Europeans are based in Cologne and have backgrounds in sonic arts, audiovisual work, installations, music for dance, radiophonic works, video, and such like. There’s also the guest player Svann E. Langguth on one track. I still have no idea what to make of The April Sessions – the circumstances of its production are far from clear, and I don’t know who is playing what, but for the most part it comprises very ambiguous electronic sounds meandering about without melody or form, creating layers of uncertain moods with a vaguely troubling edge.

Two of these four pieces are occasionally overlaid with Moore’s vocal contributions, where he doesn’t sing but simply recites a litany of surreal and disconnected lines, so esoteric and futuristic in their inclination that the thread of his conception is very hard to follow. Every utterance is buried in coded symbols and veiled remarks. His speaking voice appears weak and quavery and is fed through a filter to make these recits sound like a telephone call from the Moon, or a radio broadcast from a dying planet. The verbal content is rich enough – one astonishing poetic image and elaborate metaphor follows another – but this is in stark contrast to the performance, which simply sounds sickened and wasted. It’s like the ghost of William Burroughs floating in from the far side of the beyond, alongside washed-out instrumental backdrops reminiscent of alienating drones by Nurse With Wound or Noise-Maker’s Fifes. What a strange development this is from the earlier works of Anthony Moore, those bright albums with their vigour, melody, and subtle wordplay as he developed new forms of twisted avant-pop…but perhaps we should expect radicalism of this sort from such an accomplished and unusual genius.