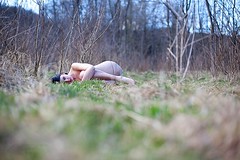 Since 2014 at least, through her current solo project She Spread Sorrow, Italian power electronics artist Alice Kundalini has been ploughing her own low-key yet insistent path of disturbing noise starting with SSS’s debut album “Rumspringa”. “Rumspringa” comes from the German dialect spoken by Amish people in the United States and refers to a tradition they have in which 14-year-old teens are allowed to experience freedom and even live in a different culture for a couple of years before deciding whether to return to Amish life or leave it altogether. Once they make that choice, they are wedded to that choice forever. So the album itself refers to a period of transition in a young person’s life from childhood to adulthood, with all the implications that involves: among other things, the loss of innocence, the acceptance of adult responsibility and having to let go of childhood fantasies and dreams. In AK’s hands, the transition might refer to accepting social restrictions on bodily freedom and sexuality, to the extent of being forced to undergo painful and unwanted sexual penetration without fully understanding it and being traumatised by such violence.

Where other power electronics acts might rage and scream, and throw up a wall of ear-shattering jackhammer pounding, SSS goes for a more even-handed and steady style that approaches you as a listener a bit tentatively at first but becomes more confident in stealthily penetrating your head with insidious atmosphere and cold tone, and inserting little screwdriver drone, shadowy hovering bubble effects and other imps from the darkness into the brain. Some tracks like “Herself Denial” do come across as constant juddering noise but as accompaniment to the shadowy whispered vocals, and never in an openly confrontational way. Others like “Red Rumspringa” cloak themselves in echo and shadow and repetitive muttered ravings obsessed with guilt and shame, and bare their fangs occasionally. 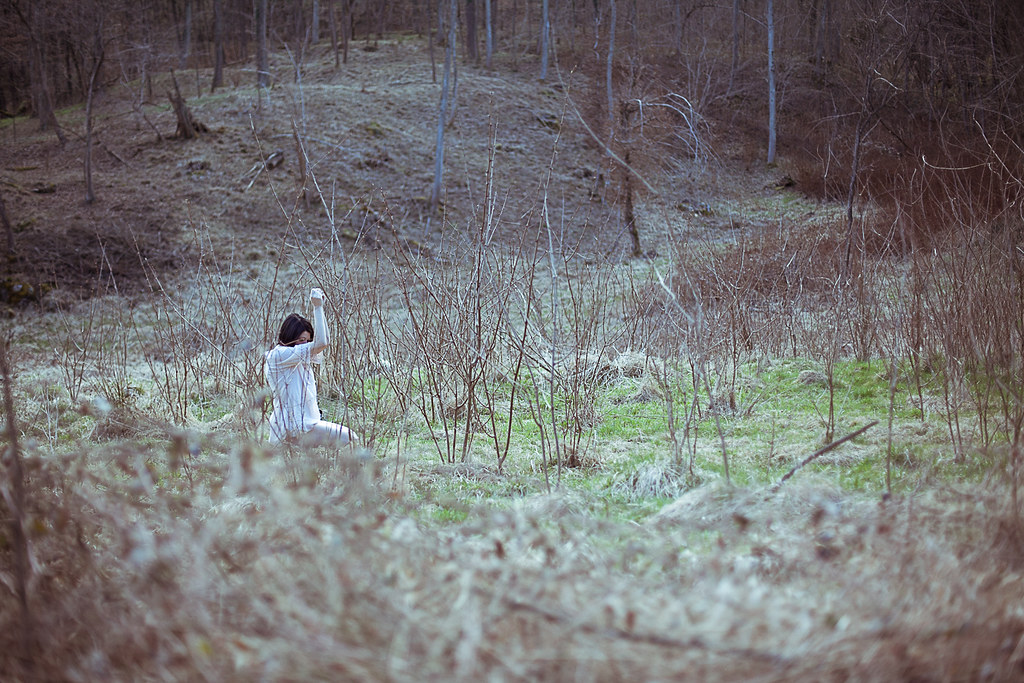 As you can imagine, the better tracks are those that tread a fine balance of bleak, cold ambience, whispered ghost voices and bursts of industrial machine drone, occasional thunder and short episodes of dark spaces which may be the most terrifying part of the recording. These tracks come in the middle of the album and continue to the end. In silence there will be secrets too deep, complex, confused and twisted to be revealed in language we can understand and follow; their logic, if they have any, will be unfathomable. If there is a victim, the victim herself may be a co-conspirator, even perpetrator, of the perversion that oppresses her. The guilt and shame come to define her identity and mark the transition that makes her an adult. There is a ritualistic aspect here, as if the perversion is a necessary rite of passage.

The CD sleeve photos are an important part of the album’s concept and can be disturbing and confrontational for some people. AK puts herself front and centre in these photos, taking the place of the protagonist in the music and making the concept seem very personal and all the more perplexing.

The album is a very strong and starkly uncompromising start to what should be an interesting and intriguing career.