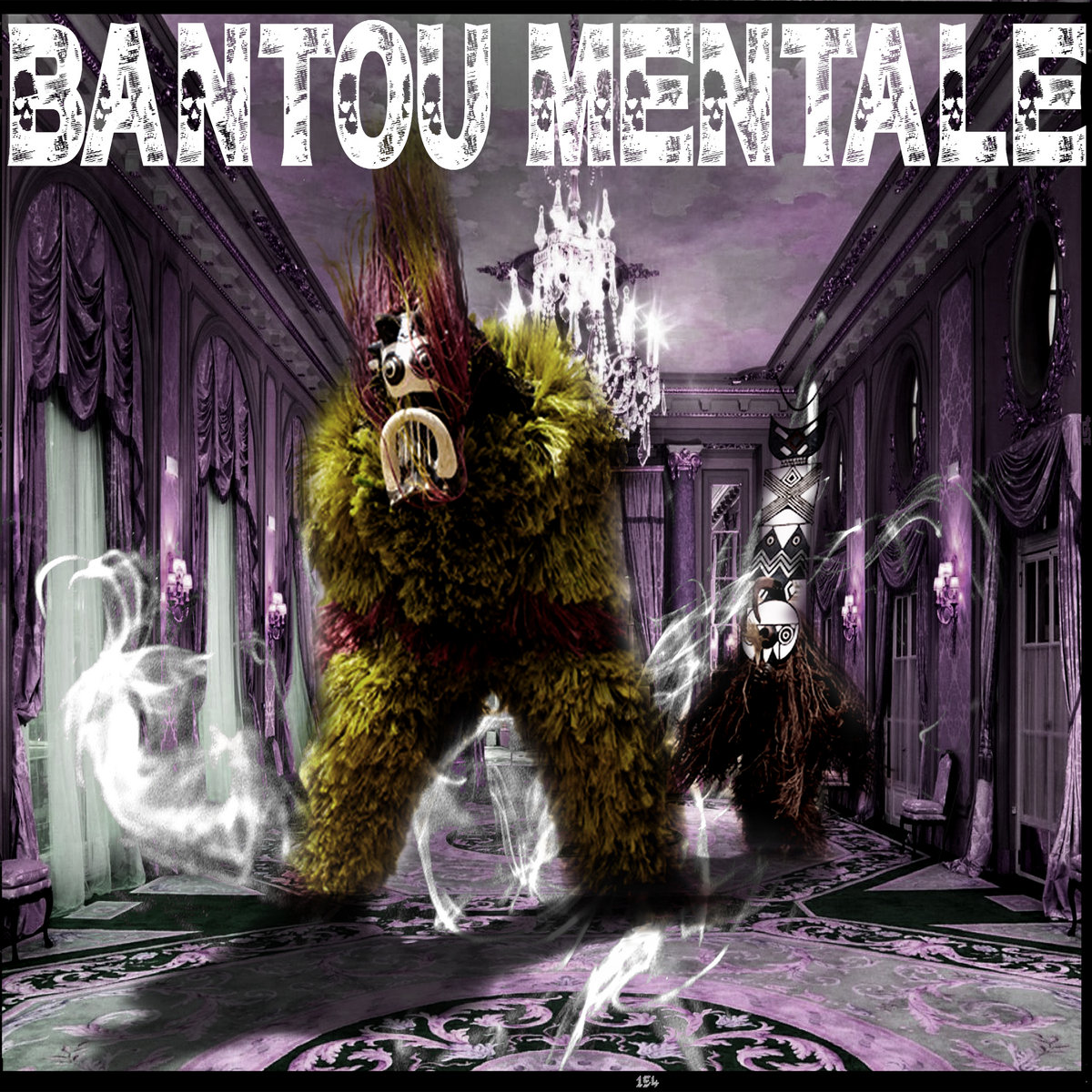 Bantou Mentale is a recent quartet based in Paris, of which three members (drummer Cubain Kabeya, guitarist Chicco Katembo and singer Apocalypse) have Congolese backgrounds and have worked with Congolese and Congolese-French bands in the recent past. Fourth member Liam Farrell aka Doctor L is originally from Ireland. These guys have just issued their debut self-titled album that combines influences from rock, pop, funk, reggae, current electronica and the contemporary Congolese music scene, and a lively and pleasant recording it is too. It’s not as powerful, energetic or as urgent as the recordings made by Konono No 1 (the best-known band from the DRC) that I’ve heard and I have to admit the first time I heard “Bantou Mentale”, I didn’t think a great deal of it. After a few hearings, I can hear much more of the freewheeling inventiveness and the fun Kabeya and company are having, and the joy in the music. The hype that has been written about the album does it a disservice: while their sounds are often bubbly and have intriguing electronic textures, Bantou Mentale seem a lot more interested in having a great time and entertaining people with lively commercial-friendly melodies and rhythms, than in pushing their music to its utmost limits.

Early songs on the album are quite agreeable to the ear and sometimes amusing in the effects they use – “Papa Jo” is a stand-out in this respect, with UFO lift-off and landing sound effects – but to be honest they sound much like the “Space Echo” double CD compilation of Cape Verdean songs from the 1970s – 1980s that I reviewed some time ago. As the album continues, it does get better starting with “Syria”, a raw psychedelic-sounding track, although the music is still very dominated by song-based forms and it still seems to have an eye out for a cashed-up World Music audience that prides itself on being cosmopolitan and worldly wise.

On the whole this album tends more towards easy listening than challenging in its sounds and ideas. I am not sure that it will date very well; parts of the album already seem a bit old in spite of the electronic sounds and effects used and the exuberance of the rhythms in most tracks. I confess to being a bit disappointed that the album doesn’t match up to the power and sheer vitality of Congolese acts like Konono No 1 and that there’s something a bit calculated about it as well.