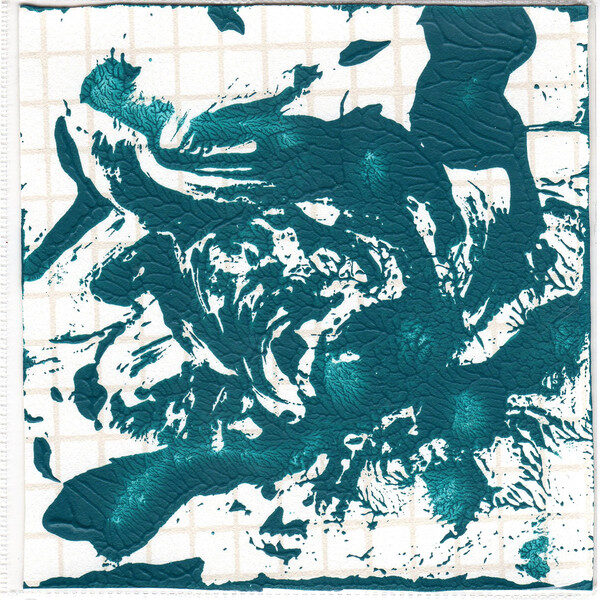 More instrumental goodness dripping inwardly from the Danes, specifically Elektronavn who is Magnus Olsen Majmon, one of my personal favourite CDR-releasing, one-man band, geniuses of the drone, and a fellow who also has a convincing line in subtle electro-acoustic juxtapositions. While I’m still waiting to hear anything that delivers the depth and atmospheric richness of his 2004 CDR Rationale Mystique, this newie Songs of Impermanence (EMPTY SOUNDS REC ESR 008) promises a profound meditation on the great imponderables such as death, futility, loss and despair. Besides playing a ton and a half of reed instruments, strings, percussion and keyboards, Magnus also sings on this short half-hour record – a new side to his accomplishments with which I am yet to familiarise myself. Opening seconds alone were enough to persuade me he’s created a brace of gold-lined azure-enriched canvases in sound, fit to illuminate the darkest corners of these mighty abstractions of human misery that are his chosen themes. Hand-made cover has been produced using a raw, primitive version of the ‘decalcomania’ method, which in the hands of Max Ernst was used to create gigantic forests of post-war, angst-drenched doubt and lip-biting despair. In hands of Majmon, same technique produces little more than shapeless green blobs. No matter, because even if his painterly talents are slight, his musical gifts are beyond cavil.

Equally fit for accompanying and enhancing one’s oppressed mood on this rather drizzly June evening is a stern, slow-moving musical oddity by Jupiterdogs (PALIMPSEST RECORDINGS PR06). It’s a very short CDR, four tracks in 16 mins, with a note describing contents as ‘improv/time travel/death blues/garage’. Sonically, one hears a mournful electric guitar steeped in depressed, black feedback, and a piano that’s on the verge of yielding up the ghost, said combinations possibly spiced up with some low-key tape malarkey or post-processing work. Haven’t heard it top-to-tail yet, but I’m certain that pieces like ‘Aurorajaw’ and ‘Dogs Without Everything’ are going to convince me to enter feet first the strange world of this unknown duo, a gateway presaged by the huge praying mantis and moon image which looms forth from the front cover of the package. This ghastly lunar insect is a line drawing, likewise the images of their home planet Jupiter (though perhaps their music might also be described as somewhat Saturnine) and the skulls dotted around a flaming landscape which appear on the back of the large black card on which this CDR is carefully mounted. Press notes give no hard information, only florid descriptions and outlandish claims for the metaphysical powers of these sounds. Nonetheless a highly intriguing outing of low-key darkness from this Cambridge (UK) based label.