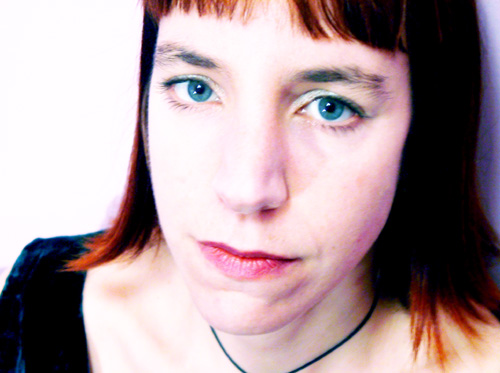 Much to my great shame I have never been to Cecil Sharp House in all the time I have lived in London, despite professing my interest in hearing and studying the folk music of the United Kingdom. However on Saturday 1st December 2007 I made the trek to North London to meet my friend Chris Campbell, so that we could hear the singing and playing of Sharron Kraus. Chris introduced me to the music of the great Alasdair Roberts some years ago, and assured me that Kraus was cut from the same cloth – a late-late revivalist, young, and maintaining continuity of folk traditions (albeit by sourcing recordings, rather than by doing it orally), and also pegged by some as a practitioner of ‘dark folk’. The latter is a purely associative term, but I suppose it may be attached to anything from an interest in murder ballads to the secret and buried histories behind certain festivals and dances. Stumbling around the back streets parallel to Parkway, Chris and I arrived too late to get a free Hobby Horse CDR, but we did get a tasty mince pie with our hot coffee.

Kraus turned out to be a superb singer, and a gifted played of the hammered dulcimer which she cradled on her lap like the rudder to a magical ship. Plus she plays the guitar, and is in such sympathy with the folk songs she sings that they almost become part of her own life history. Which is as it should be; I think there’s a lot to be said for taking ownership of these songs (which are ours anyway), and incorporating them into your own voice and body so that they may resonate still in the 21st century. There’s no point in pretending (or wishing) that we’re all still pre-mechanised farmers in 18th century Dorset, although I know there are folk singers who want to preserve that voice at all costs.

For me, Kraus really took off in the latter part of her set where she sang, aptly enough, a number of old Christmas Carols, wassailing songs, and songs associated with the winter seasons. It was her recordings of the wassails, heard on Stuart Maconie’s radio show, that convinced Chris Campbell to make this trek; something about her rousing voice contrasted starkly against the striking drums and tambours really struck a chord with him. Kraus’s simple, direct and beautiful version of ‘The Holly and The Ivy’ (for which she duetted with Nancy Wallace) moistened this listener’s eye in about two seconds. Likewise her version of ‘Down in Yon Forest’, famously recorded by Shirley Collins accompanied by her sister’s portative organ. If she’d sung ‘Lullay My Liking’ too, they’d have had to cart me out as a blubbering wreck.

Also on the bill were The Owl Service, who disappointed despite some clearly talented players (like the quite-good violinist) in their ranks; they seemed to lack the clarity and focus that Kraus owns effortlessly. She has a clearness of intent that guides just about each song she sings, whereas The Owl Service don’t quite know how they’re going to approach their material. The overall confusion was compounded by their electric guitarist, whose Slayer t-shirt betrayed his other musical allegiances, and who used one too many pedal FX for my liking. I can also recommend Trefusis Hall as a venue, with its delightful informality on the day (food and drink allowed in the arena, and a friendly sedate audience), and picturesque antlers mounted on the walls (perhaps masks to be used in some ritual animal dance). If only we could have dimmed the strip-lighting somehow. With the general run-down appearance of the basement levels in Cecil Sharp House, it felt a little like being in a school assembly hall!