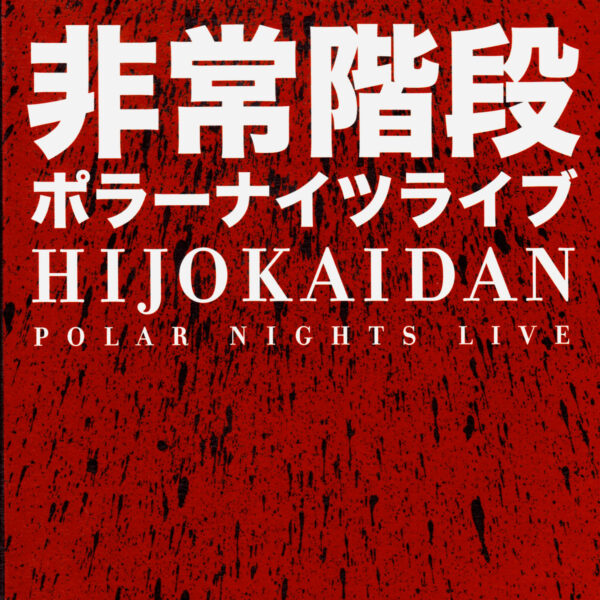 Etude Records in Barcelona has blorted out three new releases. They’ve only been issuing product since 2006, shiny new label beast that they are. Specialist area as declared is ‘experimental and obscure sound archives’. These three are dressed in the sombre, low-key packaging that is considered appropriate for such occasions. Épicycle (ETUDE014) is by my favourite minimalist Spaniard, Alfredo Costa Monteiro. It’s a single 37-minute epic for processed voice recordings that is like having the top of your head ground away very slowly by rotating belt sanders. Tub-clobbering Polish muso Tomasz Krakowiak elects to condense his name into a tight packet of consonants on the cover of his La Ciutat ets tu (ETUDE015). Seven tracks of radically reworked recordings of drumming and percussion will be your portion should you purchase this demon, sounding in places so alien as to make you feel quite vomitous. José Luis Redondo turns in La Reponse est aux Pieds (ETUDE016), a philosophical observation on which he delivers himself of 11 snappy pieces played on various steel-stringed instruments. Promising sounds on this crisp recording; mentally, I’m filing it not far away from Tetuzi Akiyama and Woody Sullender.

Gallhammer was sent to the radio station where I picked it up last night. Ill Innocence (CDVILEF169) is the latest release on Peaceville from this Japanese all-female black metal/stoner trio and arrives wrapped in a luxurious triple-gatefold digipack with booklet, touted with no small amount of showbiz hype. Snippets spun in this abode so far aren’t bad, but neither are they massively impressive if (like me) you’re looking for something more twisted, dark and irregular in your Black Metal fixes. The band are touring the UK in March this year.

From Soft Abuse in Minneapolis, we’ve received Ulaan Khol‘s solo CD called simply I (SAB 026 CD). Nine tracks of interesting solo instrumental guitar music from Steven R Smith (member of Thuja, Mirza and Hala Strana) working under his mysterious Ulaan Kohl guise. A photo of a pile of skulls will greet the purchaser who unfolds the flap of this murky digipack, although there isn’t much corresponding dark morbidity in these heavily distorted, vaguely psych-rock workouts. I might add that Smith, to his credit, doesn’t seem to rely too much on FX pedal excess and opts simply for solid playing and loud amplification. This release is, apparently, structured as ‘a maximalist three-part suite’.

Lasse Marhaug’s Pica Disk label continues to nail its noise-loving colours to the mast and has spewed out two tasty releases of unlistenable Japanese noise in very attractive little wallet packages. Polar Nights Live comes to us from the inimitable veterans Hijokaidan, and assaults you with three lengthy excerpts from 2006 concerts recorded in Oslo by John Hegre. Actually Hijokaidan proper only appear on the first track, remainder of disc being intriguing team-ups between the guitarist (Jojo Hiroshige) or the vocalist (Junko) with Nordic musicians. Junko’s shrill vocal blasting is kinda hard to sit through, but this release looks like an essential scorcher of anti-social dimensions! Unlike Hijokaidan who almost resemble a band of sorts, Incapacitants are pretty much pure table-noise as evidenced on Burning Orange, a record of live recordings from a 2007 Oslo Festival. You get 28 minutes of the Japanese duo working their knobs like dosed-up monkeys, then a further serving of same supplemented by guest Norwegian Tommi Keränen. An airless bubbling delight of vicious electronics.

Some tasty-looking freakeroonies from Finland’s Lal Lal Lal Records kindly sent our way by Roope Eronen, who tells me they’ve been releasing records since 2001. Maniacs Dream do Turku Hold ‘Em (LAL-37) which has an irresistible colour cartoon drawing on the cover, and two very long tracks of overcrowded and chaotic tape-noise sprawls inside; patient listening will allow me to lose myself in this urbanised alien-world. Semimuumio‘s Vamos (LAL-36) is a clutch of quirky avant-pop instrumentals and toons with drum machine that may prove quite catchy and engaging; not quite polished enough to appear on Pickled Egg Recordings, and decorated with witty-bizarro colour photo collages (eg owl wearing a sailor’s cap). Fricara Pacchu have recorded Midnight Pyre (LAL-39) using a four-track TASCAM device; seems to contain some nice combinations of eccentric Farfisa organ and drum machine playing, often disrupted and sent in psychedelic directions by excessive guitar noise. So far we’ve got mucho evidence of the charming and semi-surreal mind-set so often exhibited by the dreamy Finns. Also in the package was a fine newsprint publication called KUTI 5 containing many nutritious instances of Finnish colour comic strips and illustrations that, eyeball-wise, are a very welcome relief from the insipid monotony of UK’s Freeview channels.

Still in the Nordic realms which haunt me so much, we got one dazzling package of goodies from Denmark’s Smittekilde label rooted in the deep-deep underground…first out of the cardboard and onto th’ turntable is a weird seven-incher from Masonic Youth (what a name!…but they pretty much live up to its promise). Going Down (SMK-R002) is a slow grind of remorseless evil and obsessive looping that comes a lot closer to delivering the hoped-for sensations of ‘terminal doom’ than afore-mentioned Gallhammer above. The grungy cover drawing confounds Masonic symbols, Mickey Mouse and other emblematic imagery within a David Lynch-like theatre setting. Mok Nok have made a jaunty vinyl LP called Slugstorm (SMKR 007) wrapped in low-grade cardboard packaging adorned with an orange screenprint; short bursts of very idiosyncratic minimalist avant-rock spring out from this duo, aided sometimes by the ‘greasy organ and mystic violin’ of Iver Ask Overgaard. What may seem like jolly capering conceals many darkly obsessive repeated-guitar patterns that I anticipate using to feed my frequent paranoiac outbursts. Evil Moisture‘s Ghost Meat 7-inch is wrapped in a sumptuous silkscreen foldout with vibrant colour images from Andy Bolus, printed by Le Dernier Cri (notorious French post-graphiste publishers). Pressed in red vinyl, this is two sides of utterly toxic and devastating poison-noise, guaranteed to turn your living space into a no-go area within seconds. Great! Gary Goiter‘s eponymous CDR (SMKR 005) is the only one in the batch to disappoint, with its meandering and pointless noises arrayed across a 30 minute sprawl. Anla Courtis has Psi Gtr Avalanche (SMKR 004), a gorgeous four-track EP of abstract guitar and tapework mayhem which Anla himself also sent to me last year. Pressed in yellow vinyl and wrapped in a triple gatefold screenprinted cover, Anla’s ‘Psychokinesis Blues’ and ‘Astral Duck Channeling’ really penetrate the areas of the brain that most music has not a hope of reaching, again through the method of obsessive repetition and relentless forward-driving mode. Many thanks to Zven for sending these; do check out his website for releases, books and prints that will melt your eyeballs into hot raspberry jam.

Reggae is Here Once Again, according to Steel An’ Skin on their 1979 12-incher of the same title which has now been reissued with bonus cuts by EM Records in Japan as EM1075DCD as part of their EM Steel Pan Series. This luxury pack includes a DVD Video from 1979 of a film made by Steve Shaw. This large combo clearly made no secret of digging deep into their African roots, but the resulting music seems to have one too many ingredients in the ethnic stew for my ears – disco beats, steel drums and African guitar music all join the reggae and dub stylings to produce a confusing and overpacked melange, which veers dangerously close to easy-listening at times. Still, it’s hard to ignore their good intentions on a track like ‘Acid Rain’ (from 1984), which issued a compassionate but stern warning about the perils of global warming long before it became trendy for media pundits to start wittering on about carbon footprints and the like.