Equation Records have spent a fair amount of resource in the production of a new LP Eras (E=MC19) by Apse, packing it in a luxury gatefold sleeve with glossy inner bag, while vinyl is the coveted 180gm pressing…yet only 425 numbered copies will be available to buying public later this month. Espying cover photographs of landscapes, aerial views of mountains, skies and lakes, put me in mind of Isis, Pelican and other American contemporary avant-rock units who have deployed similar cover imagery, perhaps intending to align their grandiose, sweeping sonic aspirations with the grandeur of the imposing geography found within their homeland. Apse (from New England) aren’t too far away from that particular vibe, and their heavy guitar, drum and synth based sound has much appeal – a kind of rock-orchestrated, well-produced and bottom-heavy concoction that is a suitable 21st-century update on the heavy doomy prog of King Crimson or Andromeda. Similarly ponderous sentiments might be found in some of the lyrics, which betoken a world-weary mind groaning under the weight of many complex problems – the symbol-laden texts allude to stars shining black, a black avalanche in reverse, and the heartbeat of a ghost. However, the lyrics are scant and the songs are few – it’s the music that dominates, and Apse (active since 1999) seem to have mastered a particularly tight and solemn mode of playing whose distinctiveness is enhanced by imaginative production methods – particularly in the treatment of the singing voices, which have been masked ampills.com out of all proportion and their humanity transformed into an unearthly disembodied squeal. Guitarist/vocalist/writer Robert Toher is the frontman, but I’m also intrigued by the work of Ezer Lichtenstein, who provides the short and spooky instrumental vignettes which lurk between the song-based cuts. 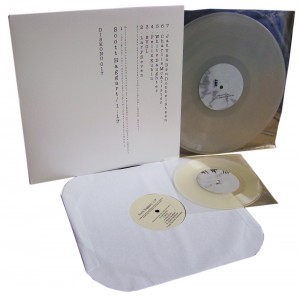 A truly puzzling listen is Scott Haggart‘s 1:17 (DISKONO 017), released on the Scots label Diskono. A number of international talents – including Felix Kubin, EVOL, Lary Seven and Jan van den Dobbelsteen – have leapt forth to produce remixes and edits of a small fragment of sound generated by Mr Haggart during a 2000 performance for Diskono. When people speak of an ‘original edit psychotopologically derived’, as they do here, I admit defeat in short order – even if statements like this are intended as tongue in cheek. The results – if we are indeed talking about results – have been pressed onto a black vinyl. Apply stylus to grooves hereon, if you can find them – sometimes said grooves are positioned in unusual parts of the disc – and you’re pretty much on your own from that point. I hear minimal scratches, glicks and blatches which are more like the ghost of minimal techno than its more substantial, living counterpart; and I hear shapeless, abrasive noises much like the patterings of two hamsters which have somehow gotten trapped in a polystyrene box. Nothing really starts or finishes among these formless effusions. I expect it’s all a very marginal exercise in processing and re-processing. Also in the package were a cheery Christmas greeting from the label boss, and copies of DISKONO 015 and DISKONO 016, both of which are pressed in clear vinyl and arrive with identical label artworks, but no other information whatsoever. They may be some years old already. 015 is a 12-incher and 016 is a seven-incher, but beyond that I remain clueless. 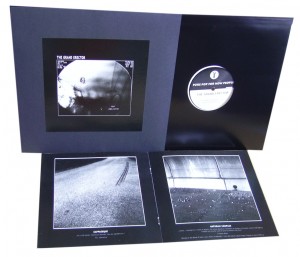 Further reprocessing, but with more substantive results, is to be found on The Grand Erector (PURE POP FOR NOW PEOPLE NOW 01), an LP produced by Andy Wilson of sunseastar in September last year. He was sent a number of recorded contributions by musicians and other illuminati who subscribe to the Faust mailing list, of which he is moderator (Wilson also has assembled the definitive Faust website, from which emerged a very authoritative book on the band). Over two dozen names are listed as contributors to this project, and Wilson – working as The Grand Erector – spent time “dismantling, processing and remixing” the works, to produce these six compressed tracks of music and sound. It’s as much a feat of organisation as it is a musical experience, with the Erector handling each sonic brick as if it were a vital piece of information from a huge jigsaw puzzle. Each assemblage has been further contextualised by the track titles – including ‘Zappaesque’, ‘Mathraki Complex’ and ‘Basho’ – and the smartly-produced booklet, which assigns an arty monochrome photograph to each track, along with a suitable literary quote to help orient the listener as they negotiate these musical trails. The booklet strategy, along with the nearly all-black package, is almost certainly intended as a knowing tribute to the Faust So Far LP, but there was a time in the 1970s when you could count on this sort of treatment from certain progressive rock LP releases, depending on how much money the record company was prepared to spend. In this case one suspects that Mr Wilson has funded the enterprise mostly from his own pocket, particularly as the edition is limited to 100 numbered copies. Early spins indicate this is a sprawling and eclectic affair, offering wild cut-ups one moment and lengthy dark-ambient drone epics the next. The opening cut ‘At Swim Two birds’ may be the strongest; here Wilson is audibly standing on the shoulders of other musicians, to arrive at an idealised species of Krautrock.