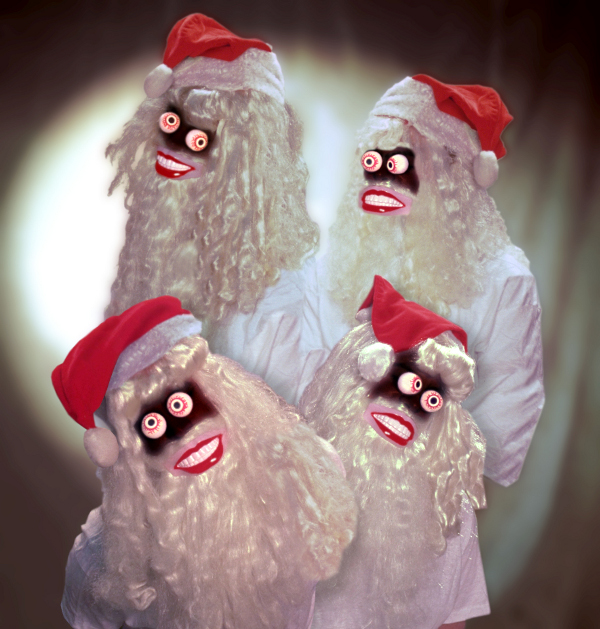 Don’t we all have favourite records we play every Christmas? I know I do. It’s the first album (from 1973) by The Residents, specifically the track on side two ‘Seasoned Greetings’. It’s one of many Residents Christmas pieces – an instrumental which starts and ends with a canon of melancholy horns and piano which state the main ‘theme’. In the brooding mid-section, wah-wah guitar noodlings meander over a distorted bass and piano backing. Horns whoop like triumphant elephants. At the end a ghastly sentimental voice breaks in, bleating ‘Merry Christmas, Mom! Merry Christmas, Dad! And Merry Christmas, Sis! I love you!’ in the most corny, saccharine tones imaginable. It’s a sarcastic garish day-glo parody of a greetings card in sound, leaving the listener in no doubt as to how The Residents view this particular holiday season.

I admit to everything – I’m a total ‘Grinch’ when it comes to Christmas. This Residents track has developed into a personal anti-Christmas charm for me, a private magic spell that protects me from the usual Christmas horrors – the family, grim seasonal fare, dark nights, bad TV – which induce chronic depression. However, I first heard Meet The Residents not during a bleak winter, but in summer 1981, at art college in Coventry, where its shocking unfamiliarity became an obsession. Playing it late at night, drunk, through headphones, I suppose I was attempting to efface its strangeness through repetition – and failing. Another obsession began there too; the band’s mythic history, as described in the sleeve notes. The gathering of tapes, their mentor The Mysterious N Senada, and the origins of the later Eskimo LP. We were told that this ‘staggering new musical style’ was composed using ‘phonetic organisation’. What the devil? One track yielded what I imagined was a clue to these ‘phonetic’ methods – ‘Smelly Tongues Look Just How They Felt’ ran one chant, a phrase that referred to all the five human senses – except that of hearing. Hmm… 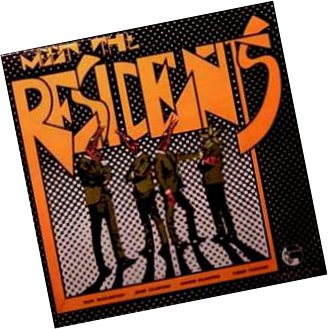 The private obsession grew as my Residents collection expanded. I spotted more Christmas references, such as 1979’s ‘Dumbo The Clown (Who Loved Christmas)’, another sarcastic dig at the hollowness of seasonal consumerism. I assumed that The Residents had suffered stifling middle-class upbringings in America, which they fled in their escape from Louisiana to California in 1966. Perhaps they had heard 1950s Christmas records in their parents’ record collections; when they started their recording career, they deliberately imitated the lush sounds of these over-produced easy listening LPs. This musical influence is detectable on Meet The Residents, where there are traces of Perez Prado, Yma Sumac and Esquivel – all done exquisitely badly, via The Residents’ untutored instinctive approach to making music. And why? Just to purge the ghosts of Mom and Dad, and their ‘normal’ bourgeois values. What better way to target them than by sending up the cloying sentimentality of an American family Christmas?

Later, I heard ‘Santa Dog’, an even darker exploration of the theme – and The Residents very first record (from 1972). It opens with an impenetrable line of twisted dementia, ‘Santa Dog’s a Jesus Fetus’, which (if unpicked by obsessive clue-hunters) yields an anagram of ‘Satan God’ and a savage parody of the birth of Jesus Christ. Instead of a crib surrounded by a halo, here’s a shocking image of the biological realities of birth. ‘Santa Dog’ became a sort of anthem for The Residents, as they re-recorded and re-issued it several times over their career. The ‘Santa Dog 78′ version sweetens the deal slightly by rendering the ‘bing bing bing bong bong bong’ chant as a Munchkin choir singing carols door to door. But it’s still laced with viciousness. The picture sleeve to ‘Santa Dog 78′ comes close to exorcising their Christmas demons in a single scorching image. They’re wearing Santa Claus masks with curly white beards and wigs, bloodshot bug-out eyes, and red-lipped comedy mouths registering a fixed grin with all teeth bared. I have yet to see an image that better articulates the sheer inanity of a commercialised Christmas, and its loathsome hypocrisy. 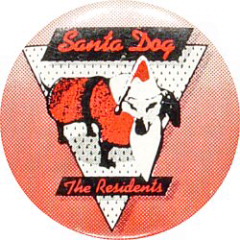 As for the mythology, it dawned on me eventually that ‘phonetic organisation’ was simply a polite way of saying The Residents couldn’t play their instruments. Even The Mysterious N Senada turned out to be bogus; Ensenada is a coastal resort in Mexico, 45 miles from San Diego. The Residents themselves grew to look down on this early ‘naive’ period in their development. Nevertheless, with their songs, stories, films and sleeve art, The Residents succeeded in creating their own miniature universe, like that of comic artists Jack Kirby or George Herriman – or the Outsider artist Henry Darger, who created the Vivian Girls. A commentary on the unfinished Vileness Fats movie alone could fill a book; its characters have also overspilled onto record (Arf and Omega, the Siamese twin-tag wrestling team, find voice on the Santa Dog EP).

The Residents universe is one you can get lost inside. It has, at times, been a second home for me, and the weird characters who people it have become close friends. Further, their creations have been a massive influence on me personally, as an artist and writer. The Residents were driven to express themselves with their own unique voice, no matter how eccentric it might appear. They let this self-determination overcome all obstacles, including an inability to play instruments, or produce records, ‘properly’. They brought the sound of their own alienation into the studio, and inscribed it directly into the grooves of the vinyl. Over time, they have built their art into a Cryptic Complex, a secret meeting point, where other lost souls could find balm and comfort.

Now, although Christmas is still a cause for despair and anxiety, I turn to ‘Seasoned Greetings’ to find balm and comfort for my troubled soul. ‘Well, it’s Christmas, but there ain’t nobody raising much of a fuss! Nobody but me! Ho ho ho!’

Originally written by EP in 2001 as a submission to The Wire (it was rejected).