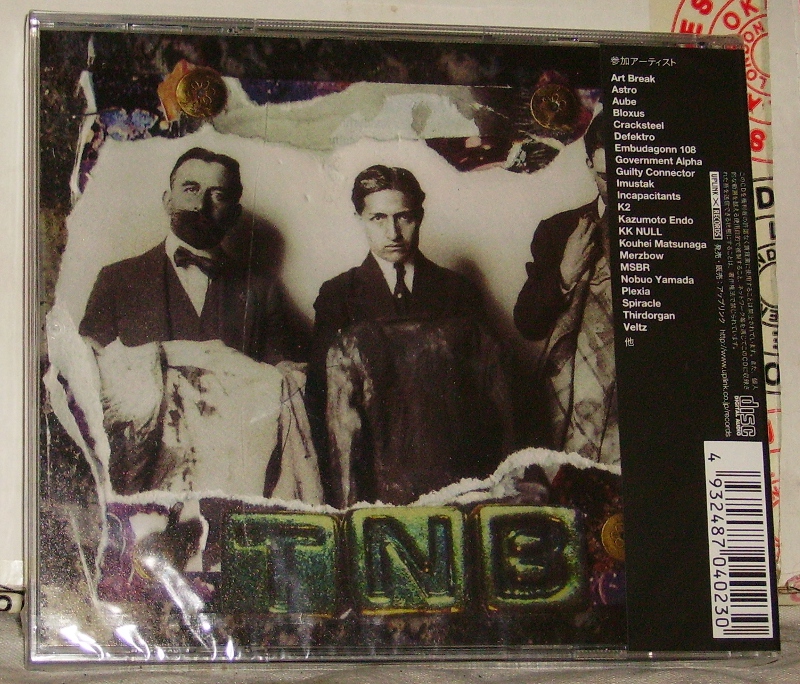 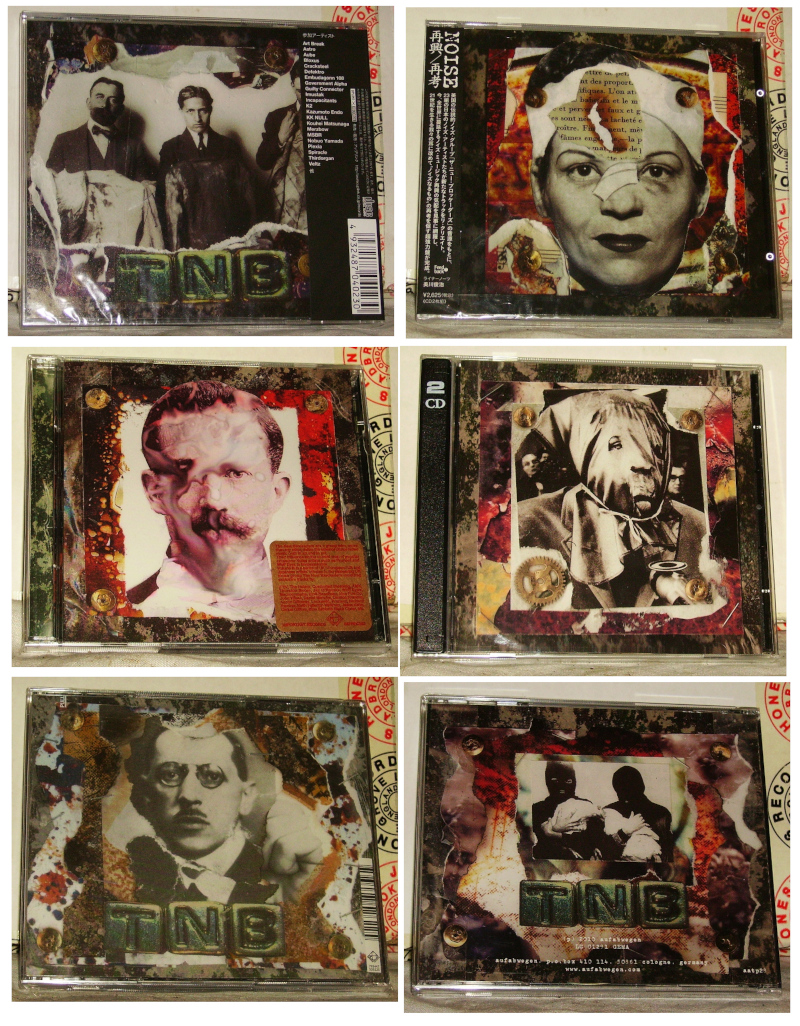 I’ve gotten copies of these newish items from The New Blockaders, but to tell you the truth I haven’t heard ’em as yet as I quite looking at them all neatly sealed up with stickers and obis, and besides one has to be in the right frame of mind for a bout with the flagons (assuming that said flagons are full of noise, nihilism, negativity, and erm…nails). All the material here was originally released in 2006 as Viva Negativa! A Tribute To The New Blockaders by Vinyl On Demand packed into two hefty box sets of crushing vinyl slabs (four LPS per box!) and wonderfully well-produced glossy packaging. These I own, amazingly. Now, all that material has been reissued in CD form, but reorganised and resequenced according to the nationality of the collaborators / contributors / remixers involved in the project; further, they are issued by a label of the same nationality. We noted the English one (on At War With False Noise) in the current issue of th’mag. That’s a single CD, but all these are double sets! Volume II Europe (AATP28) is released by Auf Abwegen in Germany; Volume III USA (IMPREC262) by Important Records; and Volume IV Japan (ULR 023) by Alchemy Records. We have a remarkable list of high-grade international artistes gathered in this way, and I’m sure the planning and co-ordination of it alone must have been enough to exhaust anyone. I’m also sure it’s going to make a lot more sense to listen to the material in these new sequences and a certain national identity is going to emerge from each set. Except, of course, the European one. I’m just looking at the lineup for that one now and I sense that it’s going to be a very puzzling listen. I’m itching to hear the work of some people whose work is new to me or only starting to make sense to me after a few years; Dave Phillips, DSM, Runzelstirn & Gurgelstøck, Sudden Infant (the whole Schimpfluch-Gruppe thing in fact). Also Kommissar Hjuler and Mama Bär, whose loopy naive art, tiny CDR editions and deranged hand-made books have only come to light for me thanks to the recent superb collection on Intransitive Recordings. I think it’s fair to say that all these people are going to bring a lot more to The New Blockaders than simply reworking a tape or soundfile of audio material, and find new virtual receptacles of ideas and concepts into which the poisonous ectoplasm of TNB-meister Richard Rupenus can drool blackly as it overflows.

In the meantime let’s allow our eyeballs to be corroded by the splendidly decay-ridden artworks on these grisly black apes! It’s quite interesting to me that where the artworks for early TNB releases were quite grim, minimal, and even brutally vacant, they later started to develop an iconographical richness more or less around the period of Gesamtnichtswerk (a four-CD compilation put out by Paul Coates) in 2003. (Although this visual trend of which I speak may well have begun much earlier.) That aesthetic has become more subtle and advanced over time, never departing from the sickly green,gray and brown colour schemes, and using collage and decalcomania techniques in increasingly complex layers to convey chaos, mental turmoil, and pools of putrid filth. The use of sampled printed texts and old photographs connects these images to Dada and Surrealism, but they’re unfailingly deployed here to present unpleasant impressions of death, blood, suffocation, wounding, and general body-shock. To me these artworks, and others in the TNB series, portray a mythological between-the-wars Europe that never really existed, one where all the 20th-century advances in thinking and intellectual sophistication which we take for granted either never took place at all, or they got seriously derailed. TNB posit a kind of what-if scenario and invite us to muse on how the shape of the contemporary world could have been completely different, but not in a good way; these images, where all is broken, smashed or defeated, reek of futility, despair, and the narrow confines of hate. I’m expecting no less from the musical blastage within.