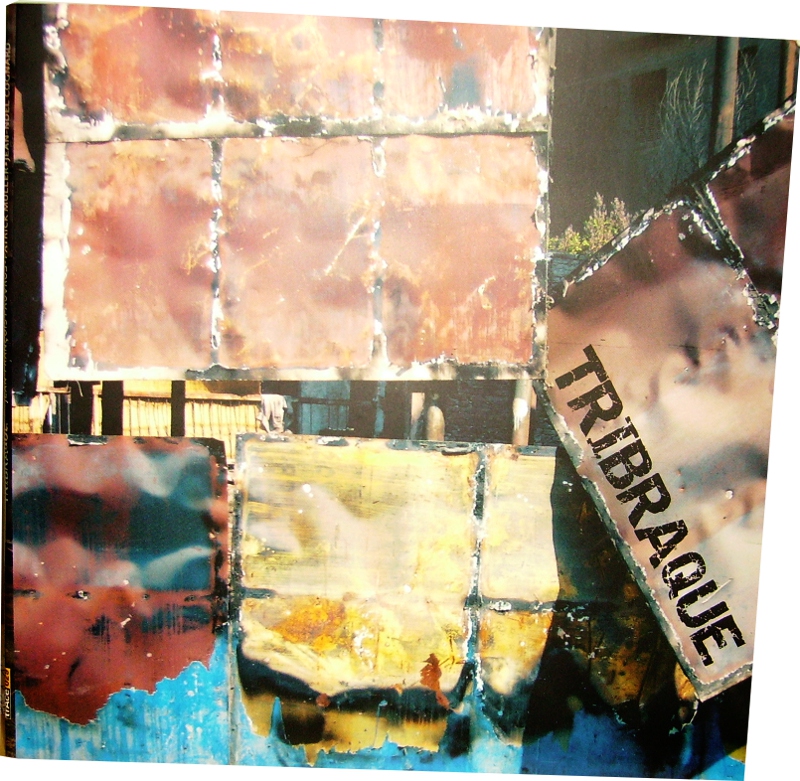 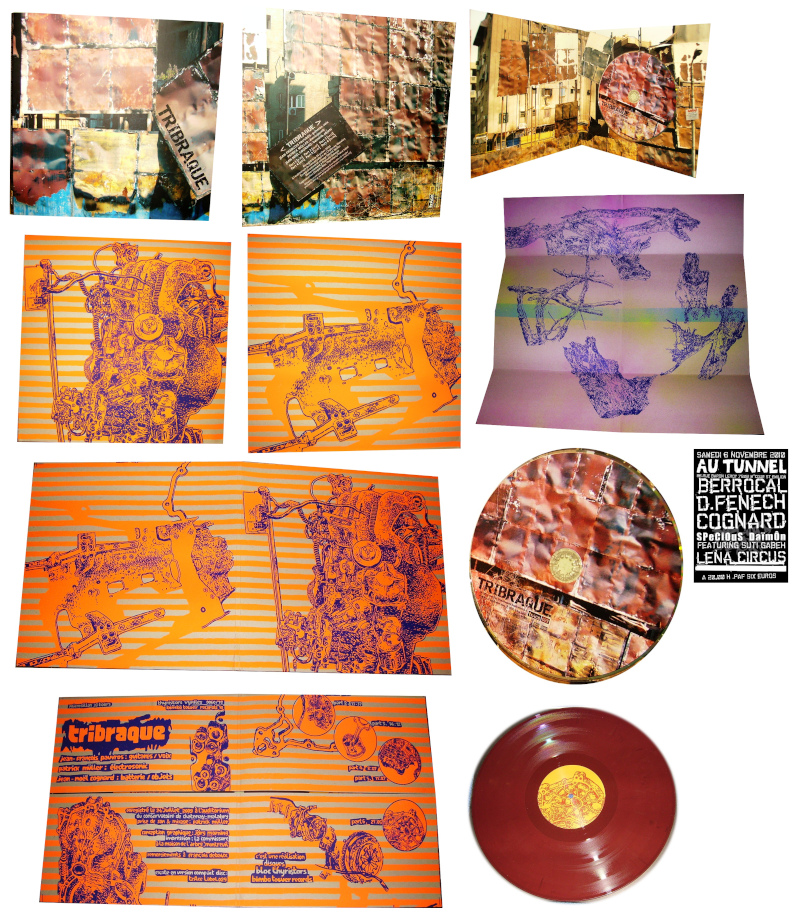 Last heard from French underground proggy drummer Jean-Noël Cognard with LPs from his TANKJ project in 2009 and 2010. Well, he also lends his grasshopper-like sticks to Tribraque, another demented band of dingues featuring guitarist Jean-François Pauvros and Patrick Müller with his “electrosonics”, and on these 2009 recordings we have six untitled tracks (or perhaps one long work in six parts, which is more likely) of unsettling anti-rock performance. Whereas TANKJ are I think making a deliberate and concerted attempt to blend jazz, free noise, improvisation and progressive rock in a heady contemporary casserole, Tribraque is much grittier and characterised, at first spin, by aggressive and menacing urban vibes, and the record (with the exception of the energised opening and closing cuts) tends to hover just this side of futility and despair. The trio propose a wild beast that’s part leopard, part shark and part jackal, ravenous and with staring eyes; Cognard’s job is not to propel the music forward with jazz-inflected rhythms, rather to keep it penned in a wire cage with his percussive attacks (which involve the use of foreign objects in the manner of Chris Cutler). Rarely has the French word for a drum kit – Batterie – felt more apt. Besides tormenting the soul from his steel-stringed swan, Pauvros occasionally pitches into the performance with a bass-voice murmur of complaint and frustration with his unintelligible vocals yawps, and the album’s long instrumental passages exude electrical dynamics and extended feedbacky events that are hardly pleasant to listen to, but they are direct and honest, and communicate much about the disconnected states and broken passages of transportation that are the doom of us modern city-dwellers. Wouldn’t want you to think Tribraque have made a “cold” album though; these are maximal and full-on performances, and not an inch of the canvas is left unsplattered. A static charge of constrained, neutered energy; scrapey, turgid, and cathartic ugliness of the first water.

M. Cognard kindly sent me copies of the CD version (TRACE 029) and the lavish double LP edition with silkscreened covers (THYRISTORS VYNILES 0060/70 / BIMBO TOWER RECORDS 10), a joint production with Bimbo Tower, probably the best shop in all of Paris (which I must get around to visiting one day). As you can see the artworks are quite different. The CD version has a photocollage which strongly suggests that life in the tower blocks outside of central Paris (where the French are currently exiling all their poor people to make Paris nicer for tourists) is a joyless affair, but also that the constrained power of the populace will one day manage to shatter and dent those sheet metal panels that are hemming them in at every turn. The LP version’s imagery is not as brutal or pessimistic as that, and its gorgeous drawings (by the great Jörg Morning) of mutated machinery (car engine parts rethought by Moebius) suggest a more constructive science-fiction solution to social engineering. Then you can open up all the panels of this sturdy card artwork to reveal the central image of twisted tree branches forming into maddened wolves. Plus it’s pressed in coloured vinyl, rich and brown as Bournville chocolate. Quelle largesse!