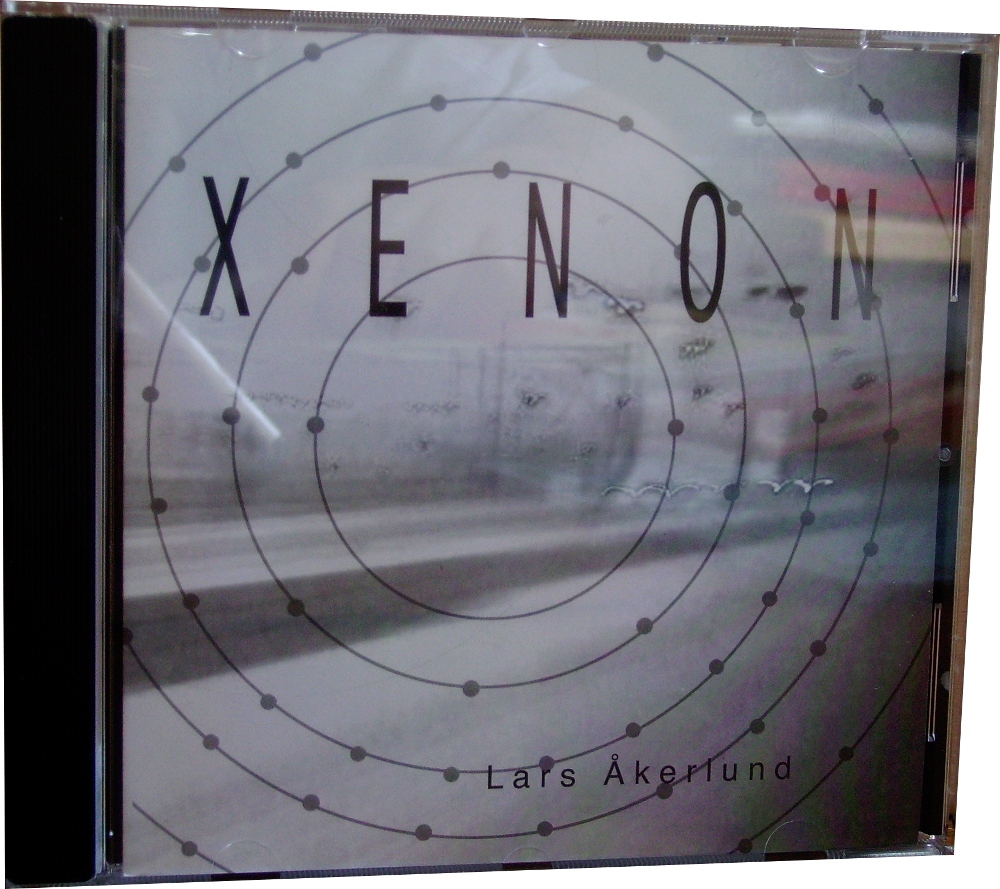 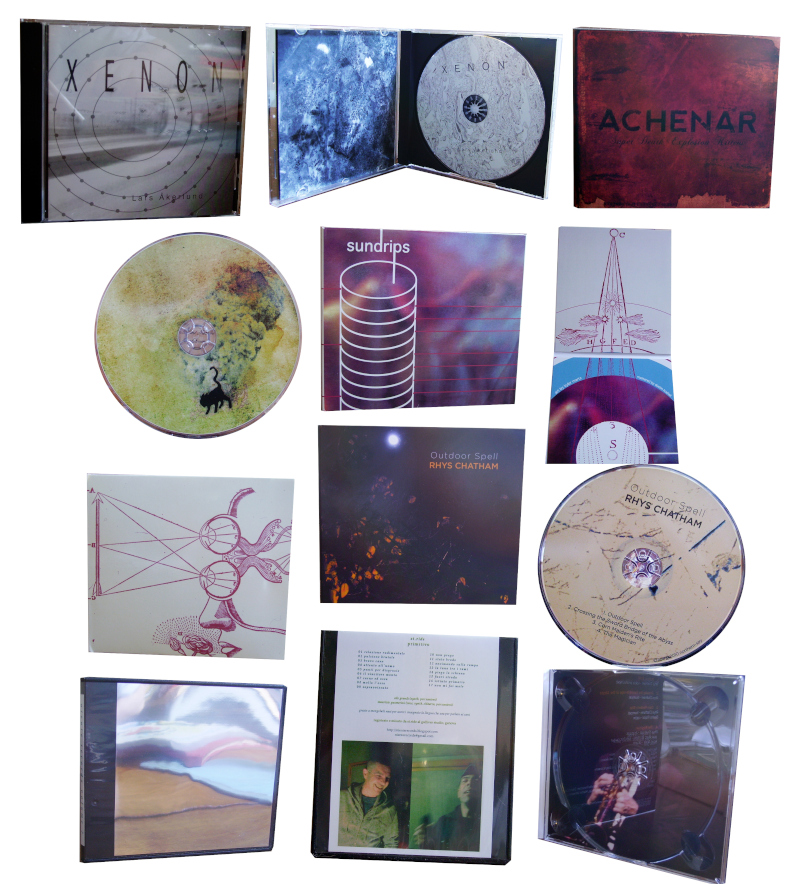 Xenon I believe is a form of gas, certain properties of which Lars Åkerlund has attempted to emulate in sound on his release Xenon (FIREWORK EDITION FER 1090). Five tracks of quiet and hissy sound-art shall be thine for purchase of this disc; you don’t so much play it as release it into the atmosphere. Evocative titles like ‘No Room No Shadow’ or ‘Acoustic Mirror’ will enhance the experience, and the release is decorated with anonymous monochrome photographs of oxidisation and other phenomena which one would normally expect to find in a physics lab. Swedish minimalism at its most chilling.

Super Death Explosion Kittens (EARTHEN RECORDS EAR002) is a highly raucous item by Achenar, and is a very invigorating way to spend 20 minutes. High-energy electronic noise is propelled by furious drum patterns, with crazy simplistic tunes delivered at ridiculous speeds and voice elements vocodered and resampled out of all recognition. Genre-hopping is the avowed aim of this Scottish musician from Aviemore, whose work surprised me when I read that it was all done solo using computer programs; it sounds like the work of a four-piece band, with a berserk Viking on guitar and a Belgian wildman of the woods on drums. He’s a huge fan of USA mathrock bands, but also incorporates crazed forms of extreme techno into his work, and managing some episodes of threatening ambient music and singing bizarre ballads over the top of his ultra-busy tracks. The splendid digipak package emulates a leather book suffering from red rot, a condition which will also afflict your brain soon after spinning this fierce beastie. Arrived here 08 April.

Sundrips are two guys from Montreal who I find have been making a few inroads into cassette and CDR releases since 2009, many of them released on their own Fadeaway Tapes label. Just A Glimpse (DEBACLE RECORDS DBL051) is a not-unpleasant collection of keyboard and synth drones, mostly in a major key, with some heavily-processed guitar work. The sleeve art makes use of anatomical cutaway views and, unless I am mistaken, an image of Robert Fludd’s monochord.

Very nice to get another release from the angry Italian electro-punks from Genoa who call themselves st.ride. Their Cercando Niente release from December last year was abrasive and alarming, and I see Edo Grandi and Maurizio Guesmerini continue to follow similar paths with Primitivo (NIENTE RECORDS VOLUME 7), 17 short tracks made with synths, drums, voice and guitar, stuttering and barking out their broken messages in a deliciously disjunctive fashion. Studiously abnormal, there is nary a familiar or overworked sound or technique in earshot on this record. They describe the trajectory of this album as “a ruthless, ludicrous, cynical and desperate story”, and it does indeed sit somewhere between rap, sound poetry and electronica while inventing many new forms of non-communication. Maybe animal language is the way to go, if the sleeve note about learning the language of “wild dogs” is anything to go by. It takes a special sort of talent to keep on refusing conventional rhythmic patterns and normal musical modes, especially when stripping your band sound down to the absolute bare bones; no wonder they can only keep it up for less than three minutes at a time. The work extends into video statements which can be found at their YouTube page. From 04 April, a real nice item.

Minimalist composer and guitarist Rhys Chatham made a superb avant-rock release for Hinterzimmer records last year and it’s good to seem him in the public eye. Listeners who want to hear a more meditative and experimental side of this American titan should bend an ear to Outdoor Spell (NORTHERN-SPY NSCD004), which is a showcase for his trumpet and voice work. The title track is a sort of La Monte Young-styled droner with holy chanting, but ‘Crossing The Sword Bridge Of The Abyss’ is a revelatory explosion of genius in 18 minutes of astonishingly layered music. Another drone piece, in a way, but a quite different approach is taken, and the use of echoed horn sections cause it to resemble Terry Riley’s In C or some of Steve Reich’s early pieces. Over the top of this steady humming foundation Rhys blows some freaky embouchure effects in a manner which, to me, advances the cause of atonal free jazz in many exciting ways. For listeners in search of something more frenetic and unpredictable, scroll on to ‘The Magician’ where Rhys is joined by drummer Kevin Shea and guitarist Jean-Marc Montera for 12 minutes of glorious semi-structured free improvisation; once again I suspect overdubbing is deployed allowing Rhys to perform his Ayleresque squiggles and swirls while also uttering long moany passages from his Mystery Horn. Montera is pretty intense on this cut too, swiping away like John McLaughlin with his fingers and making good use of a volume pedal with his feet. This touches a lot of bases for me – great composition, performances, improvisation, bold experimentation and solid studio technique, and is an essential release!