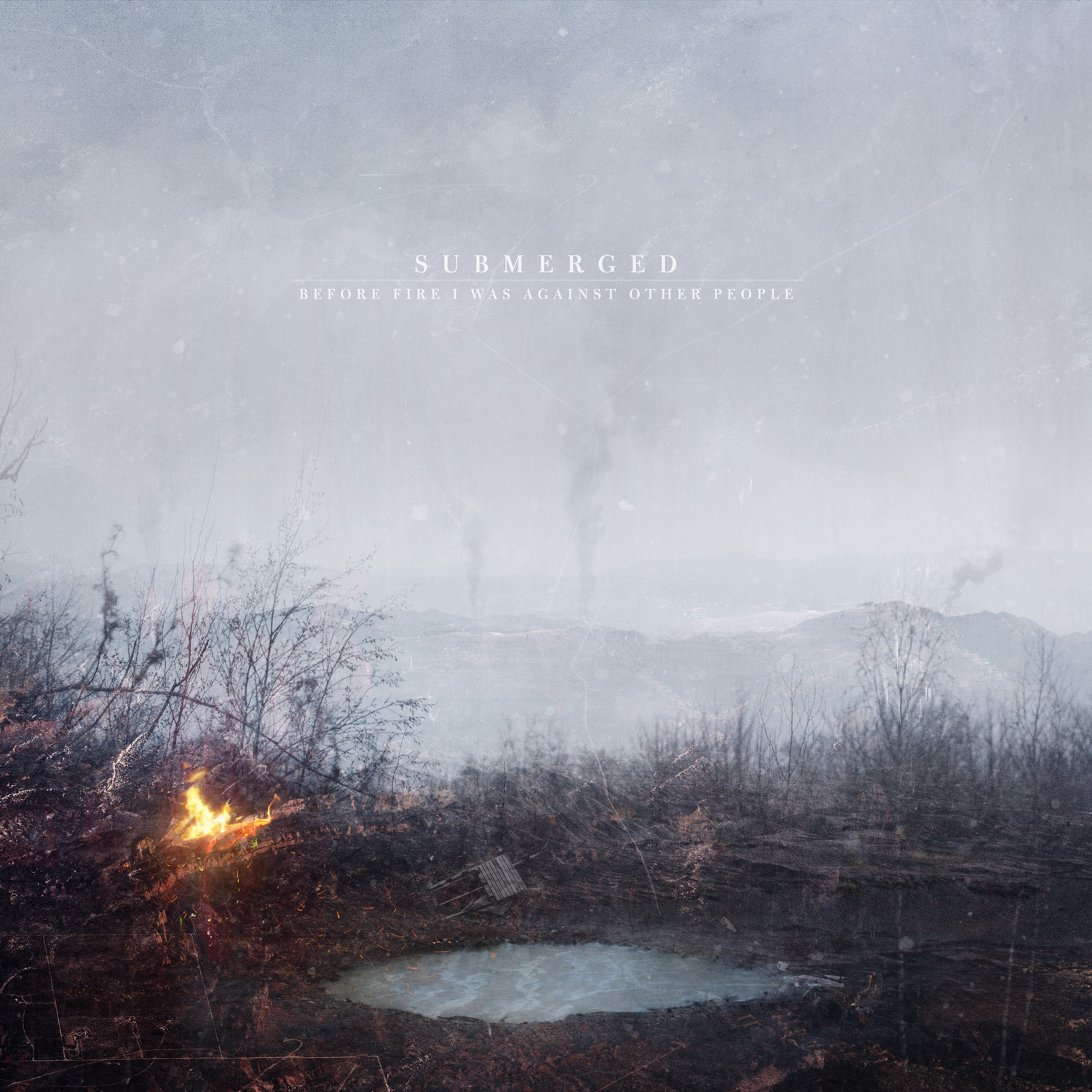 Submerged, Before Fire I was Against Other People, Ohm Resistance (2011)

A wonderful trancey recording that brings back memories of isolationist acts like Techno Animal and its Sidewinder offshoot, Scorn and Porter Ricks from the mid-1990s, “Before Fire I was Against Other People” is a gritty, hard-hitting and robust update on that ole-time dub electronica genre for the new millennium. Indeed, perusing the credits, I see that Scorn and Justin Broadrick had a hand on a couple of tracks so this act Submerged – a mysterious act to me, I know nothing about it apart from guessing it must be American – knew to contact the experts to get the right edginess, despair and zest. And this is a very zesty yet moody album, full of atmosphere and dread, an album just right for those of us who can’t enough of that post-9/11 paranoia though there be plenty of that in spades!

Opening track “Space Arabs” has a strong, pulsing if lumbering beat mixed with Middle Eastern melodies and flavour; it’s the kind of music you might be playing while inhaling on the water-pipe and arguing with friends about the latest revolt in Tahrir square in Cairo, Egypt, in some busy cafe in Beirut or Damascus just before the air-raid sirens go off. “Nowhere to Hide” is a delicate wafty piece that comes when everyone has just hit the floor and gone really quiet; in the far distance, planes screech and there’s the faint noise of an explosion. Vibrations soon come through the ground. Voices come through the radio and the track proper launches into another awkward, lumbering dubstep beat that stumbles for much of the piece. Pride of the album though is “Transport”, starting quietly and tentatively before going into another realm and pushing off on an urgent dancey, pounding rhythm and beat while a fragile melody repeats over and over and buzzing sounds and bleached-out squalls start zooming up and down over the galloping rhythm texture.

“No one” is a bit ordinary, featuring buzzing guitar and a percussion texture that might have been nicked from an old Techno Animal or even Hrvatski electronic breakbeat track. The music recovers with “Death Sentence”, featuring an ambience of dread and murk, and a sound that swings from thick and muddy to very spare and fragile to jungle-tribal. “Borderguard” has a worried ambience as feathery noise wavers and another monster rhythm comes to the fore. This is another track with a Middle Eastern feel thanks to what sounds like a looped field recording of chanting. Going into later tracks, the momentum is lost a bit with tracks that emphasise looping, hard-edged electronic percussion rhythms and beats, thick bass, swirling effects and distorted layers of vocals far back in the mix, and not much else. Into the straight towards the finishing line, the music becomes amorphous and uneasy and tracks often begin with sinister noise ambience before the hard pounding rhythms stomp their bovver-booted way into the music.

Though much of the music here is good, the tracks are very repetitive and don’t build on or develop music or sonic motifs that could lift their respective pieces to another, mightier level. Some of the music could have done without the rhythm textures and been full-fledged floaty ambient noise clouds. Still, as there’s not much of this good ole dub electronica / industrial music with the dancehall and dub influences around, this is a sterling effort.