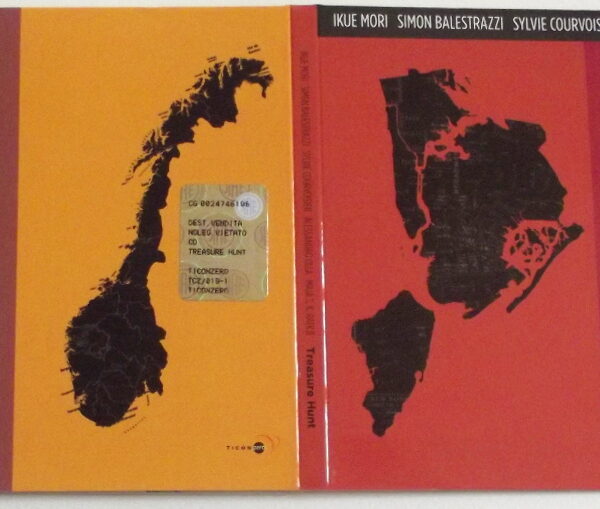 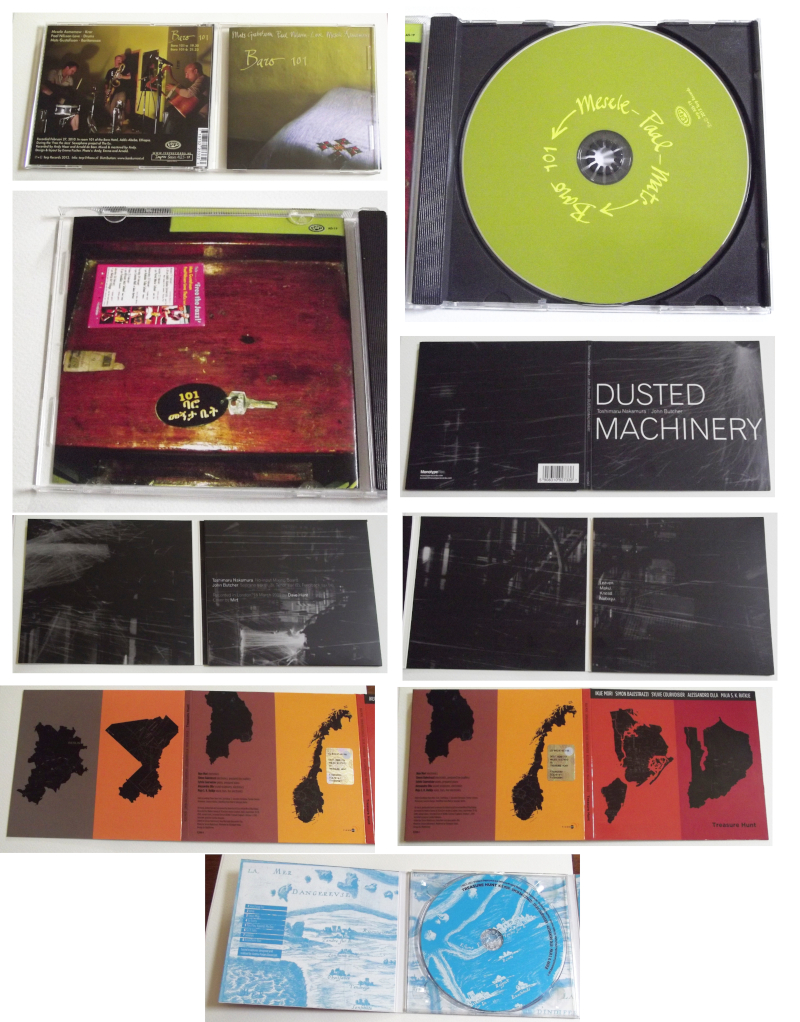 Free avant-rock Dutch band The Ex have been making tours of Ethiopia for ten years. Their guitarist Terrie Ex has nothing but warm and positive reports on these explosive and exciting events, where free jazz and improv mix freely with The Ex’s brand of anarchic punk rock and, on many occasions, the music of great Ethiopian musicians such as Getatchew Mekuria, Indriss Hausen, and others. The puffing steam engine that is sax player Mats Gustafsson, affectionately known as “Lungs” McGrew, joined in on the 2010 excursion and can be heard unleashing his hot primitive blasts on Baro 101 (TERP RECORDS IMPROV SERIESA AIS-19). He’s joined by drummer Paal Nilssen-Love, and this pairing alone could have resulted in an improvising document of considerable force, but the secret active ingredient here is the Krar player Mesele Asmamaw, who summons astonishing new sounds from this traditional bowl-shaped lyre instrument. For portions of this two-part session recorded in a hotel room, Asmamaw can supply powerful bass riffs in souped-up rhythm section fashion, but he’s at his most exciting when he saws and strums the strings to create a choppy wah-wah like pattern that sounds deliriously beautiful, and also throws the rest of the combo out of whack with its graceful, non-Western rhythm. At times even Gustafsson has to stop dead in his tracks just to listen to this beautiful African playing, and then has to try and find his place again. Asmamaw makes many other wonderful sounds also, and at times you almost wish for a slightly more restrained musical environment where his delicacy could be better exhibited. But it’s that very combination of the earthy and airy elements that makes this such a distinctive release. Recorded with a pulsating, electrifying “you-are-there” presence, this is a raw and bleeding document of a memorable musical encounter.

On Treasure Hunt (TICONZERO TCZ019-1), we hear an all-star international lineup of players creating a dense and gooey electro-acoustic music mish-mash using percussion, pianos, vocals, sound sculptures, and lots of live processing and electronic music. Ikue Mori, Maja Ratkje, Simon Balestrazzi, Sylvie Courvoisier and Alessandro Olla met up in Cagliari in Italy and recorded most of this in the TiConZero studios in September 2010, before playing live at the SIGNAL festival a few days later. Some of these sessions may have a slightly “sprawly” and shapeless feel, but they have been carefully edited and assembled, and at their best the team create quite amazing effects when they’re piling everything into the sonic sandwich. It can superficially resemble elements of 1960s musique concrète, but imagine it performed at tremendous speeds instead of painstakingly created from magnetic tape. It’s also mixed up with wild stabs from prepared pianos (what John Cage could be like after two bottles of Jolt Cola), and crazy vocal gibberish from the lovely Madame Ratkje. The graphic design of the package uses “map” motifs to indicate the city of origin of each of the players (the maps I recognise include Berlin, Oslo and New York), but also use these images to suggest something appropriate to the treasure hunt theme. Maps to find buried treasure, or even maps for a dérive, quite fitting given the rather “meandery” nature of these sessions.

Here’s a silent hissing beauty of brushed steel from the team-up of John Butcher and Toshimaru Nakamura. I wondered if this was the first time they had played together as it instantly feels like the perfect combination of personalities, but they have teamed up before in 2004 on Cavern With Nightlife (WEIGHT OF WAX). On Dusted Machinery (MONOTYPE RECORDS MONO041), the English saxophonist applies his rigid, unwavering manner with soprano and tenor saxophones against the equally iron-like pitches of Nakamura, the Grand Inquisitor of controlled feedback. What results is a very clean and pure music, sometimes slightly roughed up with edges of noise and imperceptible slips in the feedback balancing act. While ‘Leaven’ is a cruelly minimal episode of unblinking and near-brutal tones, the pair get a bit more frisky on ‘Maku’ with its noise-like textures. Nakamura belches up rude intestinal rumbling from his death-dealing board of mystery, while Butcher carries on a one-man conversation with himself about extreme weather systems and how they affect the course of nature. This rumbly portion does secede to bird-like twittering and closes with meditative long tones, while the pair do their best to seek out all those tiny dissonances in their combined tones that will rattle your fillings loose and stuff your mouth full of old copper pennies. On ‘Knead’, it’s a return to more basic planes of minimal three-dimensional puff and buzz music, with plenty of meditational space for the listener to contemplate his or her own self-made cages of the mind. Lastly there is the 12-minute ‘Nobasu’, where Butcher plays feedback saxophone. I’ve always wondered about this particular device, this “engine” if you will, and I gather it involves inserting microphones into the bell of the instrument where it can capture resonances directly from the column of air being blown into the instrument. When said setup is used to create feedback, the musician is then in the position of being able to control it by use of the valves on the sax. Listeners will want to tune straight to this track, the most “musical” of the batch, to hear the fascinating repeated patterns and miniaturised Terry Riley arpeggios generated by “Butch”, but also to marvel once again at his vice-like grip on the brass, intense breath control, and overall command of the situation. By contrast, Nakamura projects a Buddha-like figure, squatting behind his desk with a stern expression affixed to his foreboding visage. In all, Dusted Machinery is an exemplary work of subtle yet startling electronic music, and a fine document of two master improvisers conversing in grand and stately manner.