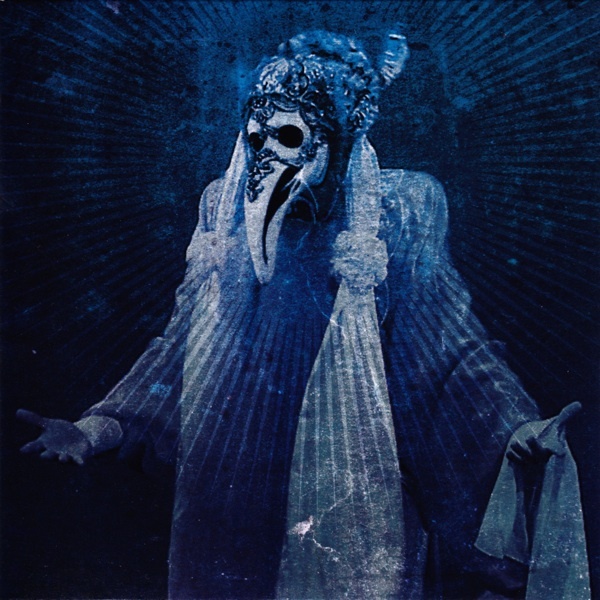 Aye, it be a series of soundscape nightmare dramas mixing black metal, noise, drone and improv in no particular order or combination but for all that, it’s strangely enjoyable and there’s actually an element of tranquillity and peace within the roaring maelstroms. Aderlating is a duo of two black metal noise musicians of whom Mories is already well-known in these parts through his Gnaw Their Tongues project. Here Mories finds that “less is more”, a maxim associated with another more famous Dutch fellow (the architect Ludwig van der Mies), applies equally as much to sound architecture as it does to visual design and structures: vast towers of intimidatingly evil sub-bass whir and industrial groan and shimmer rise from blackened plains amid clouds of toxic gas stench.

The title track is quite good: black metal rhythms judder insistently while ghostly phantoms blow and moan in a huge swirling vortex of ectoplasm, a demon gabbles insanely in the centre of it all, and what appear to be field recordings of crickets and other night insects appear faintly on the edges of this alien landscape. Following after, “A Burial on the Slopes of Mount Sinai” is a commendable exercise in restraint as harsh metal machine roar echoes across a scoured landscape and predatory spirit creatures are barely held in check while giant rovers mine the grounds and find only ash. Other tracks are also effective in detailing a post-apocalyptic vision of utter black vacuum across a burnt-out Earth where the only things that appear to have a life are machines puttering by as they use up whatever energy is left and air movements waft or blow over rock debris and sand.

Track titles appear to describe a journey into the chthonic realms but listeners can make of the music what they want. This is the best recording I’ve heard so far from Mories and I hope he will make another like it – the album’s title promises there’ll be another chapter.

The music reminds me of a novel I read some years ago, Ernesto Sabato’s “On Heroes and Tombs” in which a big section of it takes place in a creepy Gothic underworld beneath Buenos Aires: this novel with its parallel narratives of a road trip taken by a young man in search of meaning to his life, his past toxic romance with a girl whose father has an unhealthy and obsessive fear of the blind, and the flight of a 19th century Argentine general across the Andes is highly recommended to all TSP readers.