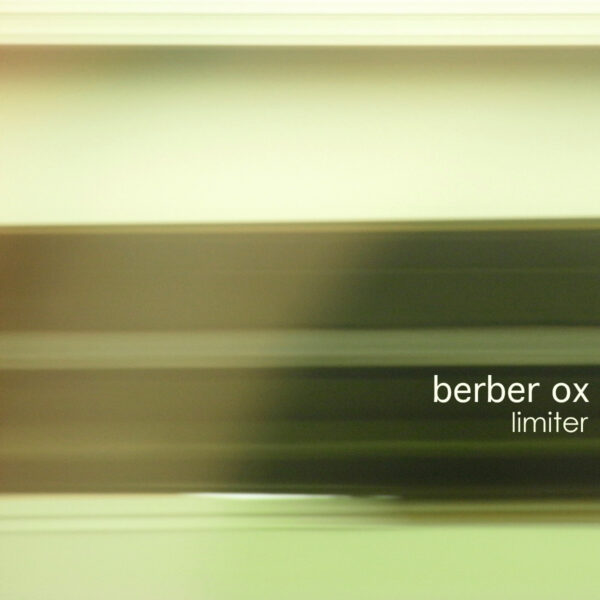 Berber Ox is the unusual name of an experimental ambient / electronic music project by David Rutledge, an Australian-born sound sculptor and radio producer, and “Limiter” is one of a number of albums the project has released in the past couple of years. As Aquarius Records notes, very few people have heard of Berber Ox and it’s puzzling that better known labels like Editions Mego, Raster-Noton and Mille Plateaux have not signed him up as his minimalist style combining drone, electronics, dark ambient, noise and some industrial-lite would go down a storm with those labels. “Limiter” features quite lush, layered pieces of mood soundscape, some of which come over as water-based for their liquid murmurs.

The opener “Magnetic Assembly” is an impressive overture of space ambient /drone atmospherics with a repeating tone loop that changes about halfway to something a little darker, backed by a background drone that changes into muted flowing water from which in turn a UFO emerges and rises into the air. This is quite a singular track that could have been a bit longer and the rest of the album based around it. After “Magnetic Assembly”, the other four tracks seem rather like apologetic footnotes. “Gamma Sponge” gives us an industrial drone wash: it’s very dense with a rapid rhythm pulsing away and another rhythm, suggestive of a train, looping over and over in the track somewhere. The album then travels further into a deep, dark interior world in the murky “Milky in the House” with a fogged-up, blacked-out ambience that paradoxically features a glowing edge while behind it a grunting rhythm loop and water sounds are glugging away at almost inaudible levels.

The title track is more layered than the others, boasting a murmuring texture combined with a noisy motor drone background. There’s a repeating revving motor rhythm buried within, another texture that seems to seethe with hostility for no good reason, some cricket noises and various echoes. This is an intense piece and the tension that steadily rises is very palpable. After this piece, we need something to bring us gently back to Earth and the soothing “Mother Eye” with its constant beat and warm and luminous bell sound delivers us safely back to terra firma.

A very dream-like set of sound paintings, “Limiter” might well serve as a soundtrack to a science fantasy adventure set underwater in the future where murky seas harbour genetically mutated creatures who may or may not be hostile to humans and might in fact lead us to a better understanding of how sea-life adjusts to changed conditions where discarded junk machinery replaces coral reefs and exotic bacteria and algae feed on industrial toxins brought by rivers from factory effluent.