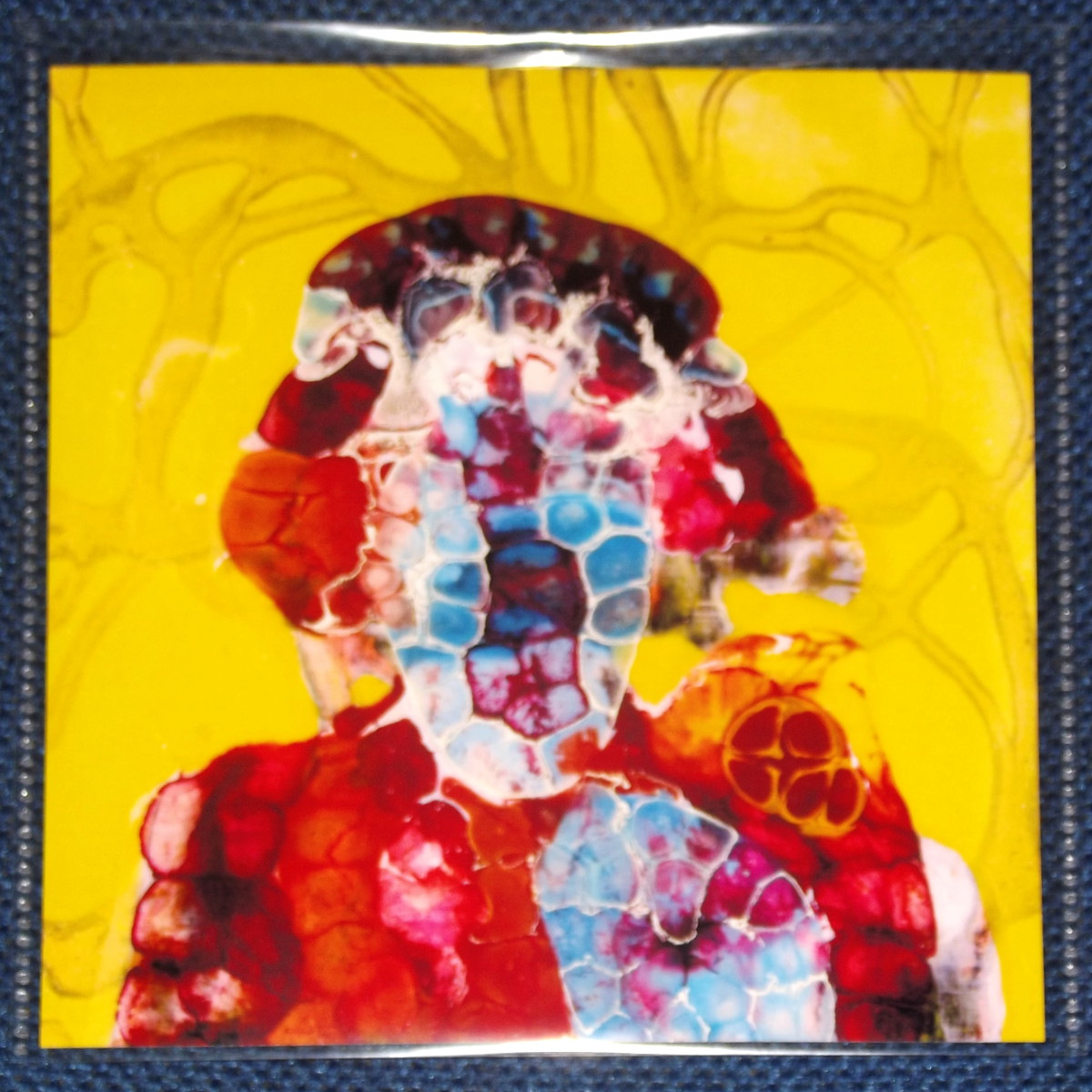 Heavy dark drone of the day comes from Ural Umbo, the fourth release from this very productive Swiss-American team who continue to enact their uncanny studio-bound rituals and bottle the results like so much bubbling black tar. The Umbsters have always exhibited a predilection for peering into the dark occult realms through the magic mirror of their intensive pitch-black drones, but with Delusion Of Hope (UTECH RECORDS URLP070) the scrying activities seem to have taken a much more pessimistic turn. For sad visions of the end of the world, and constant reminders that all our hopes for improvement will turn out to be completely delusional, tune in here. While ‘Initial Magnetization Curve’ puts us in the required apprehensive mood in anticipation of things sinister, ‘Sych’ hints at violence and bloodshed with its cruel drumming and psychopathic electric guitar bursts, wielded like a sharp scimitar or claymore. Survive that slicing, and scan ‘This Dead and Fabled Waste’ for an utterly bleak and blasted heath of a landscape, a zone unfit for human habitation, and populated only by a nameless slime whose grotesque voice murmurs darkly and mumblingly throughout most of the track. After that dramatic opening, the remainder of the album offers mostly various shades of ambiguous drone music to salve our wounds, although ‘Self Fulfilling Prophecy’ has gritty textures and undertakes to give the listener a prolonged bludgeoning. In its grandeur and weight, this cut can be reckoned as a splendid example of the ingenious and excessive studio craft of Mader and Hess. Put simply, they add layers upon layers, paying no heed to the restraints of good taste. In this instance, the method produces a living thing that simultaneously crawls, groans, sings, writhes tentacles, and smashes ivory hooves upon the charred earth. It’s a sprawling bundle of wrath assembled from the parts of many creatures, escaped from both natural and mythological worlds; at their best, Ural Umbo put the theories of Dr Frankenstein and H.P. Lovecraft into grisly practice. The only thing missing from the package is the beautiful photography of Rik Garrett, who has been an important part of the visual identity of this band, but Alexander Binder’s “octopus” motif does exert a certain weird influence on the retinas. This is a vinyl release (my copy is a promo CD) but you get a CD version thrown in if you buy a copy. From February 2012.

Another grim and sinister dark music project which references H.P. Lovecraft is Kreuzweg Ost, whose Gott Mit Uns (COLD SPRING RECORDS CSR141CD) I happen to be spinning as I write these lines. Well, the reference is a bit buried, but this album was recorded in 2009 at the Miscatonic Acoustics studio 1. This Austrian trio is led by Michael Gregor who calls himself Silenius and might be better known as a member of Summoning, plus Oliver Stumming and Ronald Albrecht, and while they’re not exactly prolific (this is their third release in 12 years), it’s fairly evident they pour a lot of effort and imagination into the assembly of these bizarre, over-the-top hymns of darkness and dreariness. Every track is like an 8-minute excerpt from a wild horror movie, laden with voices, dialogue, sound effects, and dramatic musical shifts, which allow the listener to imagine incredibly vivid and elaborate cinematic visions 2. After hearing nine of these intensely theatrical concoctions in succession, your head will be teeming with gothic visions of flying vampires, dark-haired maidens whispering urgently, ruined castles full of spectres, oppressive stormy skies, insane chanting monks, and armies of desperate men on horseback equipped with swords ready to cut you into beefsteak tartare. You may also find yourself suffocating under the weight of the remorseless layers of synths, virtual choirs, martial drumming, and embittered minor-key melodies on this album, but it’s certainly an experience you won’t forget in a hurry. As title and sleeve art indicates, Gott Mit Uns is invoking assistance from Jehovah, but it’s a clearly a very vengeful Old Testament God they have in mind as they embark on their semi-occult Holy War against the forces of Evil. Not Black Metal as such, apparently it more correctly belongs to genres called “martial industrial”, “darkwave”, and “deep ambient”. Whatever the name, this is strikingly original and overwrought work. “It is I who say it – I!” 3

Heart Of Palm are the Cincinnati trio whose deranged take on avant-rock psyched-out freak-music has been a firm favourite with us since around 2008, a time when they were still called Hearts Of Palm. It’s enheartening to know I am not their only fan in the UK, since last year Ian Holloway of Quiet World released their Psychopomp (QUIET WORLD TWENTY FIVE) album. Holloway also publishes the online journal Wonderful Wooden Reasons, which we should have investigated ages ago as it’s a splendid resource replete with snappy reviews of records, books, and films. On Psychopomp, the core trio of Wilson, Davidson and Hancock are supplemented by the musicians Tim Moore, Mark Milano, Nebulagirl and Dave Rohs. Listen in amazement as they allow us to enter their private world. These 13 tracks document an almost fragile, living thing, a breathing laboratory of music where the slightest wrong influence (window left open or curtains not properly drawn) is apt to break the spell, and cause these benign agents of divine musicality to withdraw back to the Elysian Fields. Percussion, electronics, guitars, and voices – all familiar elements are being reinvented and refashioned as we behold, refracted and distorted through echo chamber, phasing machine, and other disorienting effects. Singers invent mangled glottal languages as thickened tongues refuse to unstick from roof of mouth. Musicians with silver fingers suddenly discover magical sequence of notes like alchemical secret, but it can only be played for 30 seconds and then vanishes forever from the earth. All creators involved improvise freely yet never settle for rolling around in a musical bed of infantile dribble, and many of the cuts are quite short – making their statement in two minutes time or less. The music is half-grotesque, half-absurd, always beautiful; you feel that nobody is afraid of making a fool of themselves, and all pretensions to high seriousness in art are dissolved in this almost ideal, ego-less atmosphere of free play. Given that it’s very difficult to make these music collective situations work at all, it always seem miraculous to me how Heart Of Palm manage to sustain the production of such gloriously demented and out-there music, that withstands replaying and reinvestigation. Highly recommended if you like early Faust, the original Amon Düül, Red Crayola, and Sun Ra Arkestras from the early 1960s. With suitably acid-fried cover art by Bruce Riley.