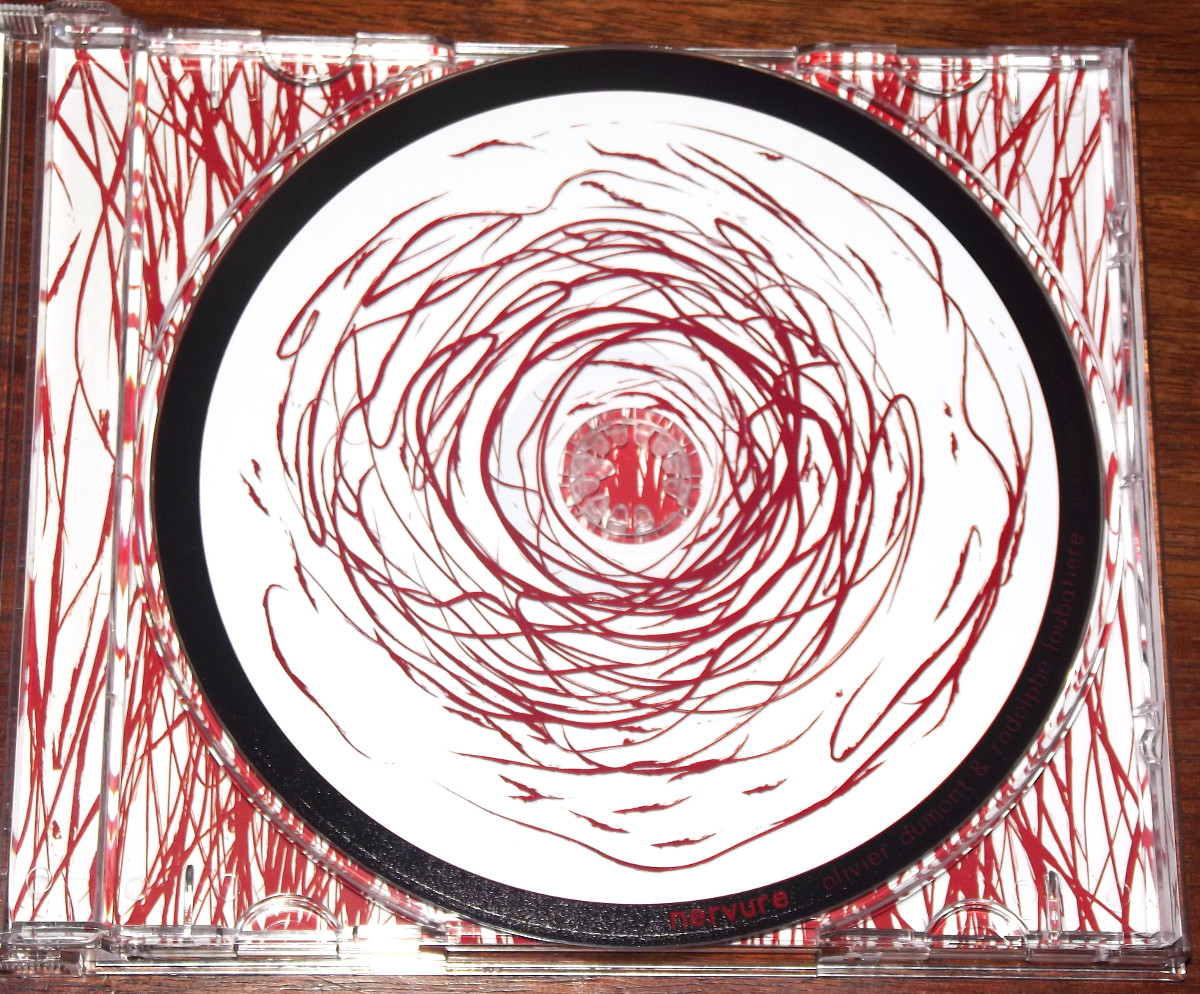 Répercussions (EDITIONS MEGO eMEGO 132) gives us three electro-acoustic compositions by the great Robert Hampson, who produced memorable neo-psychedelic avant-rock in Loop in the 1980s and then created fabulous electronic pulsations as half of Main in the 1990s. Main in particular always showed subtle but strong structures in the music, so it should come as no surprise to us that he’s winning his digital spurs as a composer and that this work was commissioned by the Groupe de Recherches Musicales, the French Mafia of this high-powered elitist school of modern classical music. And like many of the releases from Empreintes DIGITALes, this release comprises an audio CD and a surround-sound version of the same material on a DVD. There’s the title track which is an engaging enough meander through some brilliantly realised textures and surfaces, but my imagination is more fired up by the airless and weightless tones of ‘De La Terre A La Lune’, which in nomenclature pays homage to the father of science fiction Jules Verne, and may even allow Georges Méliès into the frame too, while sonically it’s a brilliant melange of the sort we ought to expect from an English composer who’s as much informed by the music of the Radiophonic Workshop as he is by François Bayle. Hampson doesn’t shy away from telling stories and allows plenty of space for free-association, at all times negotiating a clever path through the twin opposing camps of abstraction and narrative. As we always sensed with Main, he’s also a genius of the “organic” in electronic music, creating free-flowing patterns of thought that come up fresh and vibrant every time; intuitive and daring, he’s almost an improviser in the genre, making it appear natural and effortless. We also have the slightly shorter cut ‘Antarctica Ends Here’ which is cut from a quite different cloth. Using just field recordings and a very minimal piano figure, it not only conveys the starkness and cold that is suitable for today’s listening (appropriately, it was originally part of a split with the Scottish king of frozen minimal drone, Cindytalk) but also feels much more “real” than the two preceding pieces, which are sonically very closed-off and sealed in their own cannisters of fantasy and introversion. ‘Antarctica’ is the morning awakening after two glorious fuzzy and muffled dreams of flying around the galaxies in an impossibly large ocean-going four poster bed. Recommended.

Pianist Jérémie Ternoy plays acoustic piano in his own Jérémie Ternoy Trio, but he’s also a member of TOC where he plays his Fender Rhodes electric piano against the guitar of Ivann Cruz and the drumming of Peter Orins. You Can Dance (If You Want) (CIRCUM-DISC CIDI 1101) is an attempt at modern fusion, blending lively and dissonant rock moves with improvised techniques and lengthy jazz extemporisations. For at least half of the album, the beat is also very prominent, which may explain the injunction within the title; it’s almost like danceable music. The guitarist is quite noisy and voluble, his amplified yawps contrasting with the sweet chords and fuisiony doodles from Ternoy, so the record is like a bad-tempered Robert Fripp wandering into the nascent sessions for Bitches Brew. Overall the results are a bit erratic, and while the trio have a few moments where they shine, I just can’t help feeling they are all trying a bit too hard. The stiltedness shows up in the vaguely zany track titles too.

The music on Nervure (CREATIVE SOURCES RECORDINGS CS 214) is generally less stilted than the above, but not much fun to listen to either. The guitarist Olivier Dumont and percussionist Rodolphe Loubatière effectively make their instruments groan in pain under their labouring hands as they scrape and roil like threshing machines, and the results are artistically quite hard to digest for the listener. The musicians state they are attempting “a descent into sound matter, its thickness, denseness, and decay”, which is an ambitious undertaking in anyone’s book, and the emphasis on descent indicates that the prevailing timbre here is not especially uplifting. Heavy going, but the remorseless creakiness of this stern gloomer will grow on the listener eventually, much like fungus or moss creeps up your bark.

For a more approachable form of improvised music, you might want to look into the Bear, Bertucci Duo, sent to us from Chicago by label owner Brian Labycz. Their Controlled Burn (PEIRA 12) simply pairs their respective woodwind instruments (baritone sax and bass clarinet) in a very serene setting where the two musicians can calmly explore the resonant effects of the lower registers, aiming to produce the lowest notes they can possibly generate and hold them for as long as their lungs will allow it. Mellowed and autumnal colours arise from this deeply thoughtful ostinato music, where the controlled breathing is just as audible as the notes they play, and even adds to the experience. Particularly nice to see a track refer to Giacinto Scelsi, the severe modernist who made great use of woodwind instruments in his scores. There’s not a trace of the “English disease” (i.e. restless skittery improv) on the entire album, which sails along as confidently as a canal barge fitted with extra stabilisers.

Aut is another alias for dsic, i.e. Greg Godwin the New Zealand creator who also runs the excellent LF Records microlabel in Bristol. On his Heterodoxies (Booze Hound) (LF 023) we hear the less violent side of his radical tape-and-computer treatments, which on other records can generate episodes which verge on uncontrollable mayhem. These are five untitled experiments in loopings and patterns, tempered with mysterious drones leaking from unlikely places, in some places as close to “ambient” as this wiry circuit-bender will allow himself to tread. As with a good chunk of his highly charged work, it passes on deathly feelings of amnesia, uncertainty, and dread.

French musician Annabelle Playe has contributed elements to some of Franck Vigroux’s recordings in the past, but here she is with her own solo album on his label composed and performed by herself, and simply called Matrice (D’AUTRES CORDES RECORDS DAC 2011), a suite of instrumental music in ten named parts. Very strong and robust electro-acoustic tones beam forth like lasers. We’re advised the music is deliberately constructed to shade into noisier territories, and as such it fits perfectly into Vigroux’s paranoid and darkened world-view. Playe uses voice samples (her own perhaps, as she is also a singer) and field recordings to add intriguing details, but the bulk of the canvas is occupied by her confident impasto gestures of digital sound, ranging from the heavy layers of solidified drone to the scratchy etch-marks of hyper-busy distorted glitchery. We also find much to admire in her compactness, streaming out rich quantities of data in short tracks, some of which are only 60 or 90 seconds in duration, yet they limn the surface of an alien planet as efficiently as any scanning device built by NASA.