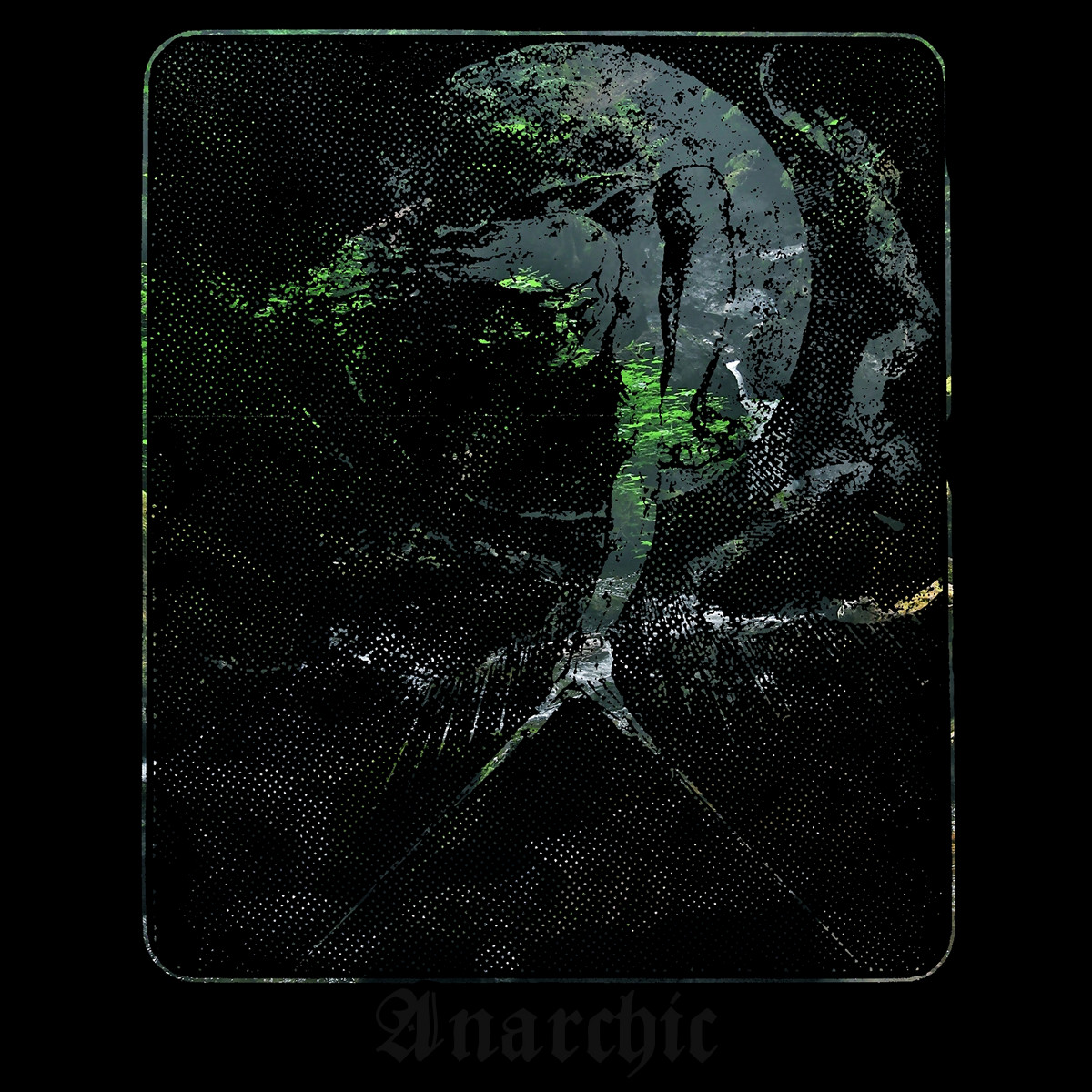 At this time of writing, “Anarchic” is an enigmatic work: not all of it has been released. The album under review contains the first five movements of what will be a work of seven parts (to be released on CD on The Flenser label in April 2013; I’ve heard the album online). There may be significance in that – why seven parts altogether and why must the recording be broken up into two very unequal sections? – but until the rest of the work comes out, we can only speculate. Perhaps there is a cosmic significance which may or may not be part of Skagos’ overall worldview.

The work begins slowly, as if waking up, and proceeds cautiously with wistful pure-toned singing and quiet solo guitar melody. When the black metal kicks in, it does so suddenly and at a fast pace: there’s not much fanfare at all. There’s a post-metal feel to the trilling guitars that reminds me a little of Caina; the sound is clean and quite crisp, and even the grim BM-styled vocal is merely deep and growly. Wistfulness, a near-angelic choir of sorrowful-sounding voices and beauty go hand in hand with harsh vocals, a sometimes choppy rhythm and lots of metallic crunch and pounding percussion.

What constitutes “Side A” seems fairly self-contained if a little all over the place. “Side B” starts quietly but more confidently and with guitar and what appears to be organ working together. The lyrics, whether spoken, sung or chanted, recast the act of creation as an act of violence, nature as the physical embodiment of rage and pain, and humanity as the conscious tool of nature’s vengeance against its remote and indifferent creator. Despite this nihilist concept of the universe, the track is a very beautiful one, full of defiance and despair, and the ambient effects used are sparkling and wondrous indeed. “Side B” is less black metal musically than the previous but is a darker track.

“Side B” is a much more focused and intense piece and is full of mystery and wonder. It can be quite a transcendental work that lifts your awareness to another realm: proof that you don’t need repetitive, droning and monotonous music to reach a state of being receptive to the power of the universe and that there are many ways to connect with the higher powers around you. The music is very beguiling and takes you to a place where you just want to stay forever and never return to the mundane affairs of planet Earth. You know humanity is on a collision course with Fate anyway so you wouldn’t be missing much that is worth dragging you back for.

This album is an intriguing work of dark transcendental black metal art and might well be on many people’s top ten black metal album lists for 2013.