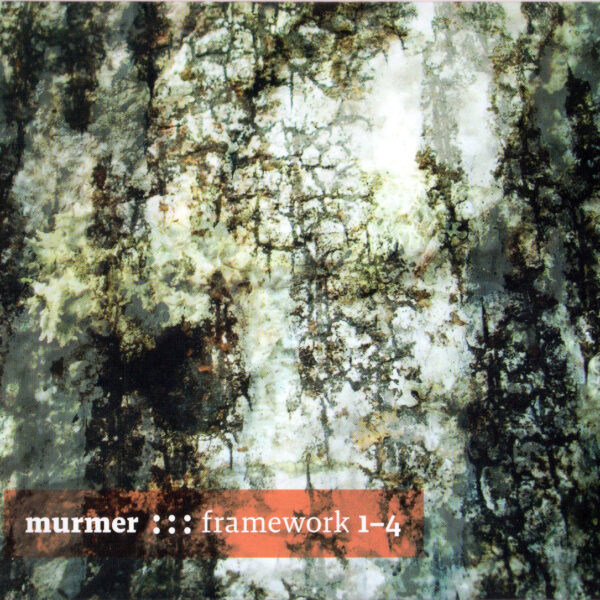 Adopting a different tack to so many other field recordings that ‘put you there’, Murmer’s Frameworks first takes a ‘postmodern’ (note the inverted commas) turn by questioning why such motives exist. The notes that accompany this set of lengthy ‘experiments’ draw explicit attention to a) the variety of self-imposed creative ‘limits’ applied to each recording and b) the limitations in any recording ‘artist’s’ claims to objectivity. One sentiment presumably feeds into the other.

The first point is most evident in the first of the eponymous ‘Frameworks’ ([Paris Cuts]), with its minidisc provenance and linear editing. Here ‘experiment’ connotes a command of commitment from the listener during 14-odd minutes of sweat-browed concentration, sounding like the contents of a Dictaphone that’s been left recording in someone’s pocket during the delivery of a truckload of rattling scaffolding. Felt my bones rattle. The second Framework – insulated from the first by a peaceful interlude – is a differently jarring experience – a 33 minute odyssey of resonant locations (or locational resonances), from sports stadium chants to a tornado of insect whirring; an approaching storm to the aural brutality of an ear pressed close to a wall being drilled. The structure is juxtaposition sans segue, which is as intriguing as it is unsettling. In these situations it becomes difficult to trust one’s first response to so eclectic an assortment, which is why benefit of doubt was invoked and rewarded in the second half.

Relief arrives with the onset of multi-layering in ‘Framework 3 [Swarm]’ – the second ‘radio work’, which ‘includes sounds produced by a group of workshop participants in an attempt to actively resonate and interact with a specific space’; the point being to ‘call into question (the) recordist’s position as a passive spectator’.

Whether or not this should be evident to a layman like myself I know not. I prefer to regard the transition as the conscious evolution of the structure of the earlier pieces into something more organic and immersive. Strange sounds melt imperceptibly into one another while attention is buoyed upon viscous vapours; the eruption of a molten choir in the latter half of the piece is evocative of a sea of lost voices clamouring resignedly for the rare ear that can perceive them. The warp into the endless insect nocturne of the final Framework – which thematically parallels the more agitated heart of the second – is a judicious bit of navigation.

Doubtless, locational recording does necessitate a significant amount of artistic and technical subjectivity, and in light of this consideration – for better or worse – Framework 1-4 constitutes ‘experimental’ music of an authentic variety. Its incrementally organic tendency however – if only ostensibly – bears strong testament to the evolution of the attitude that informed the presentation of the recordings and thus arrives at something perfectly palatable. It’s quite a journey indeed.