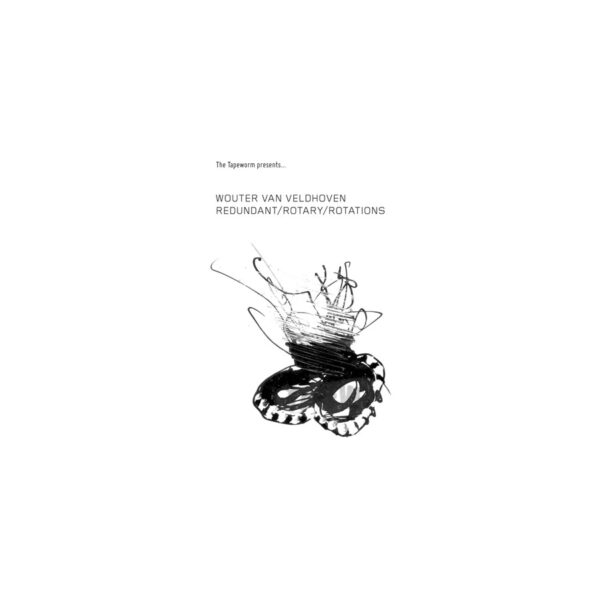 You’d be surprised to discover, as I was, that all the music you hear on this tape was made with 24 reel-to-reel tape recorders and an analog modular Doepfer A-100 synthesiser: everything here initially sounds like proper electronic music in its various guises and reveals very little of the origin of the found sound recordings used in the creation of this music. The sound sources utilised by van Veldhoven include a faulty TV set from the 1950s, sine wave generators and a broken valve radio.

The music can sound reminiscent of Kraftwerk during their glory electropop days of the late 1970s / early 80s; not surprisingly actually as Kraftwerk have roped in a Doepfer A-1oo synth into their range of instrumentation in the past. Don’t worry too much about trying to identify individual tracks. The mood can vary from playful to quizzical, remote to curious and experimental, eccentric to boisterous – and that’s just on the A-side alone. Rhythms are often very busy and some have a breezy cold abstract air that might be found on a lot of dark minimalist techno / industrial lite recordings. The B-side is especially rhythmic and industrial-influenced and there is a greater variety of more experimental music as well.

An early highlight is the track “Second”, a fairly long piece with a lot of activity that approaches the bombastic. This is followed by “Fondness for Broken Mondriaans” which is a crackly, crumbly, deep-fried noisy piece with a spare percussive rhythm. Flicking over to the B-side, we come across an extended passage of droning power electronics and industrial noise on “Bricks, Corners, Cul de Sac”.  After this wondrous piece, we retreat to safer and more friendly (sometimes child-friendly) territory that features playful flubby melody and rhythm loops and toy-like tones. A later track features choppy staccato rhythms that change tone throughout while little effects blink and travelling noises buzz and zing.

Ranging from kiddy electronic pop to the most forbidding harsh powwah electronix, with plenty in-between that recalls and recreates some of the grander moments of Seventies / Eighties synth-pop, Nineties isolationism and current forms of techno, this cassette could well become the modest mouse that roars in years to come as a minor classic. Redundant some of the recreation might be – it could be cleaner and more crispy if done on modern digital machines – but there’s a small-scaled warmth and even intimacy on some tracks that can’t be replicated with a lot of the technology in current use.