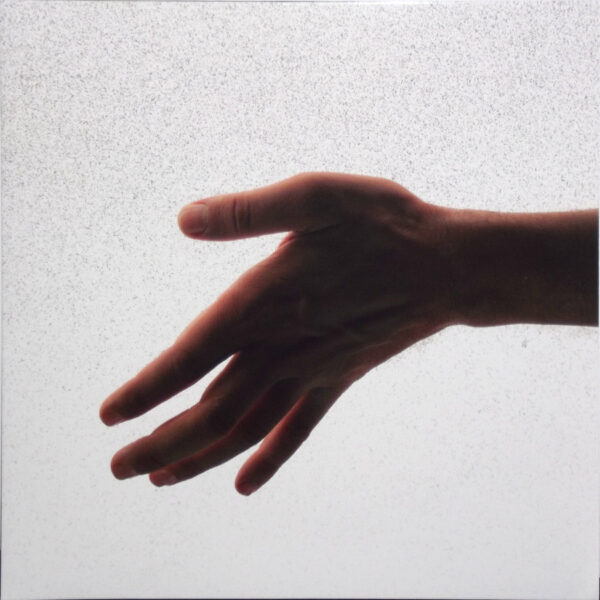 A daring debut from Düsseldorf Duo, Weisser Westen (‘White West’), this eponymous double LP (and CD) drops a lifetime’s worth of oddly angled ideas into the same sack and wields threateningly. Like a savvier (and wordier) set of Lebowskian Nihilists, but decked out in white paper armour, the spiritual siblings Angela Fette and Phillip Schulze rather resemble those theatrical Swedish electro-popsters, The Knife, whose predilection for dramatic dress-up and Darwinian opera find resonance in the über-conceptual happenings here, if not a spitting image. Weisser Westen declare open allegiance to ‘avant-garde’ culture in its manifold historical forms (without naming names albeit), and their homepage houses an artistic manifesto that promotes (rather obliquely) ‘Art’ as a natural proclivity; as much I assume, to set themselves apart from would-be ‘kultur vultures’, as to justify their uncompromising sound. The music is rich in mannerisms both shocking and sublime, which work surprisingly well given how infrequently modern electronic music traffics in ‘surprise’.

Listeners are advised to ‘listen loudly’ and adherence does pay off: every track is dark, dirty, dense and detailed, volume enhancing rather than dulling character. Stylistically, sounds range from thickly layered electro-pop to fat psychoacoustics. My only caveat is the vocals, which will probably polarise listeners (an indifferent reception seems unthinkable): German lyrics delivered rapidly like a stentorian, slightly nasal airhostess trying to take control in an emergency situation. Thus every track seems like a showdown between music and voice, both of which betoken a larger-than-life personality.

The only point at which events threaten to overwhelm is on ‘Species’ when the narrator adopts English to articulate the duo’s artistic raison d’etre; likening it to a biological, evolutionary or spiritual imperative (‘a wonder/a fire without cinder’). Never having been partial to public soul-searching, this sparse, cymbal-mirrored monologue strikes me as a tad egocentric. Likewise, the crazed Cabaret-histrionics of the side-long ‘Galley’ – with its maddening mantra of ‘ABER JETZT!’ – demand a stronger set of lugholes than I can offer.

Compensation is abundant though, chiefly on the album’s sole instrumental, the dark-electro ‘Mothership’, which is skin-tinglingy sexy, like Detroit techno done well (I speak as someone who has found disappointingly cheap, synthetic procrastination in the vaunted DT scene). One second of this reverberant, robo-techno in a decent club and everything would become a blur. My only criticism is that it’s too fleeting to realise its full potential.

On paper, this project has all the makings of a pretentious waste of time: overpowering personalities; overconfidence in its marshalling of styles; possible delusions of ‘avant-garde’ grandeur. Saturated as I am with music these days though, I find its boldness charismatic; the modest ‘challenge’ it presents, quite refreshing. That said, I suspect the opposite could just as easily be the case.