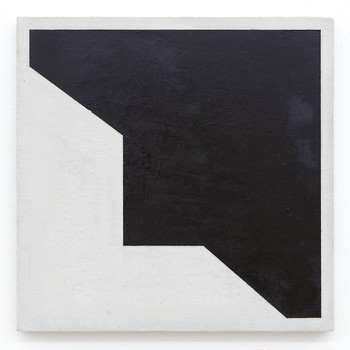 On their own and with other collaborations, Mika Vainio and Stephen O’Malley are formidable players so one might approach this debut recording, representing three years’ worth of recordings made in Berlin, with some trepidation. This is a very solemn and heavyweight sound experience but with some very delicate and deft touches throughout. The album moves at a sure if slow pace giving listeners plenty of time to savour both SOMA’s deep guitar rumbles and Vainio’s icy crystal electronic tone poems, plus the looming space behind the sounds. You’re thrust into a very stark world in which every bit of audio information carries significant import for you personally.

The two are joined by Alan Dubin, he once of James Plotkin’s OLD and Khanate, whose distinctive screech presses out lyrics adapted from the 20th century Russian modernist poet Anna Akhmatova on “Muse” and “Watch over Stillness / Matters Principle”. Akhmatova’s work offended the Soviet state which censored her writings but she chose to stay in the USSR and experienced the pain of oppression (her first husband was killed by the secret police and her son and second partner spent time in gulags). These tracks can be very intense in delivery and have a raw sound. “Watch over Stillness …” has juddery rhythms and sections of slashing tiger guitar growls and active aggression that keep listeners off-side and uncomfortable while the track lasts.

Much of the album might be confronting the issue of alienation arising from forced isolation, even incarceration; the soundscapes of “Toward All Thresholds” evoke visions of deep cavernous labyrinths stretching far, far into Blackness. Fragments of sound, rhythm passages and steely-toned guitar make periodic appearances, as though coming up for air through the dark murk, only to fall back, lost forever. The sound world becomes quite rich as the track proceeds and its mood changes considerably throughout. In a later part of the track, the darkness almost engulfs the music and wisps of sound barely hold the piece together as it slowly disappears.

“Mirror of Mirror Dreams” features a trio of string players (Eyvind Kang, Moriah Neils, Maria Scherer Wilson) providing a layer of forlorn desolation to SOMA’s impassive drone rumbles. One thinks of the vastness of space and humanity’s relative insignificance in the cosmos while meditating on this piece.

It’s a deeply absorbing experience and after hearing this, you will find your perceptions changed: things you formerly took for granted take on a new seriousness and those issues that occupied all your attention before fade away as the superficial fluff they are.