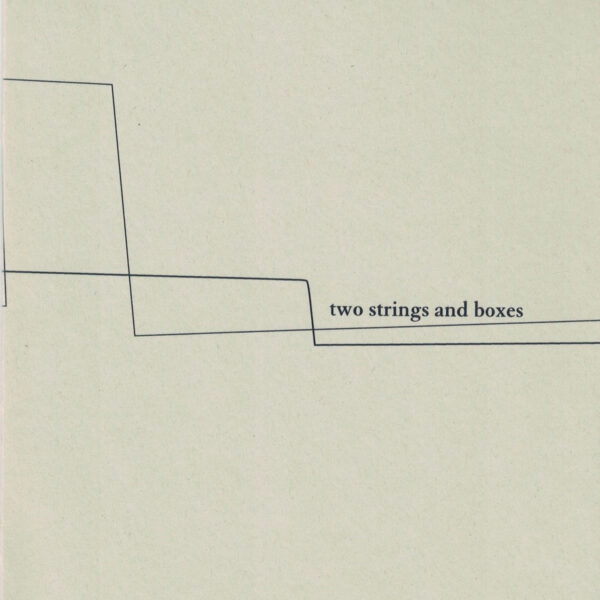 Johnny Chang and Stefan Thut are part of the Wandelweiser collective of musicians, a group who take John Cage’s ‘silent’ 4’33” as a point of departure to create works on the threshold of audibility. This CD is a recording of performance by Chang and Thut in Switzerland from 2012, of a piece composed by Thut for zithers and objects.

It is quiet. Very quiet. In fact, it’s too quiet for me. I have to admit defeat and say that I struggled, really, to get anything (any meaning, stimulation, enjoyment) from this recording. There are probably some very good reasons for this. My ears aren’t used to it, for one thing, frazzled as they are from years of rock filth, crushing drones and brain melting electronica.

In desperation, I turn to my only friend in these circumstances – the internet. I find an illuminating essay on the Erstwords blog by Michael Pisaro, one of Wandelweiser’s founder members.

He describes how, after hearing the musician Kunshu Shim, his thoughts on silence and music were transformed. He says: “Silence in music was not the cessation of sound, or even a gesture: it was a different sound, one with more density than those sounds made by instruments.”

Hmmm. A good point, but I feel I haven’t got to that stage with this CD. I can pick out a pleasing rustling about a minute in, and some ethereal humming tones around the ten minutes mark. That’s about all though. Penetrating music journalism, eh?

Another problem is that, in the weeks during which I’ve had this CD in my possession, I’ve found it impossible to find a suitably quiet spot in which to listen to it. My home, which never seems that noisy to me, suddenly seems to have turned into some frenetic zone of inner city pressure, with sirens, roadworks, arguments, dogs, the whole caboodle.

There’s something telling about this, the fact that fractured, overloaded nature of modern life prevents me from engaging with this recording in any meaningful way. Where can you find silence in a modern city?

Having locked myself in a small back room, I still only lasted about six minutes in my first attempt, before the first request for assistance with homework came from my daughter. It was, apparently, a matter of great importance – as was the next request, and the next.

The second time, I picked a moment when my children were at school, the cat was out and the house was quiet. Even the tumble dryer – which can emit a Merzbow-style wall of sound in full flight – had completed its cycle and was sitting dormant and sullen in the kitchen.

I grabbed my chance, excitedly firing the CD up in anticipation of 40 minutes of close attention. Alas, it was not to be. The CD timer hadn’t even passed the six-minute mark – my previous record for this – when a car alarm from the street below exploded into a ferocious screaming, jolting me from my deep listening and making me jump out of my chair.

So it went on. Each time I composed myself for a bout of engaged listening only to be knocked sideways (metaphorically of course) by some random interruption.

Defeated, I give up. So if you’re expecting this review to describe what actually happens on this CD – well, I’m afraid you’re out of luck.

If you know these artists, or the Wandelweiser aesthetic, you’ll have got enough information from the first paragraph of this review to know whether this CD is for you.

If not – well, perhaps the final word should go to Michael Pisaro: “Once one has made the turn onto this strange road, a world of difference opens up. What looks like a narrow passageway from the entrance, turns out to have all kinds of byways, pathways, way stations — it becomes a world of its own.”

So if that sounds like your bag – tune in, turn on and dive in.