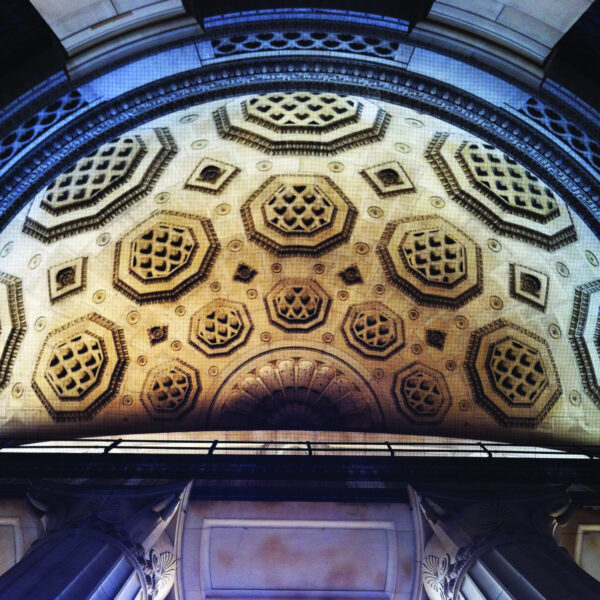 Bought this lovely LP rather late in the day, after a tidal wave of justified hype had swept away most of those remaining. A sound purchase though: serendipity in the ashes of ‘hauntology’, while raising a number of musical bars, field recording and dark ambient chief among these. The vinyl offers welcome layer of crackle to an already geological sound strata, though I listen now to the FLAC version (available at a nominal price from their Bandcamp page), which no less absorbing. Names like William Basinski and Philip Jeck have been invoked in comparisons and not without just cause, for similarly vague and wistful atmospherics arise during the touch and go realisation of these remarkable pieces.

The recent Radiophonic Workshop tour struck me as an anomalous addition to the reunion circuit – surely nothing could be so antithetical to a performance space as a group of contemplative studio shut-ins who happened to produce a lot of interesting music; especially since most of those upon whose work the reputation rests are long since deceased. The music’s appeal has always carried specific locational associations, be it Saturday evenings in front of ‘telly or in hypothetical ruminations about abounding creativity somewhere within the BBC monolith. But just as such memories recede into a dimly lit, personal mythology, so do those of Bush House: 70 years home to BBC’s World Service, reputedly the inspiration for George Orwell’s Room 101 (he worked there between 1941-3) and sound source for Howlround’s similarly sinister The Ghosts of Bush.

The duo’s first full length commemorates Bush House’s closure by splicing and sewing countless recordings captured during nightshifts by studio technician Robin the Fog in the crepuscular corridors, shadowy stairwells, blackened basements, sealed studios and eldritch elevators, which were transferred to moribund 1/4” reel-to-reel tape before being tweaked, bounced, dissected and examined for spooky phrases and textures, moans and echoes, then loosely woven into the six cloudy compositions featured herein. A dash of Basinski tape decay significantly flavours the layers of loops and odd, seemingly supernatural vocalisations from forgotten, foreign tongues. The blending of sounds is artful, but one suspects that much of the listening pleasure derives from Howlround’s relatively non-interventionist approach to tape processing that inadvertently permits those walls ‘to speak’ – the fragments of their condensed history bleeding together ‘twixt the dialoguing reels of tape. 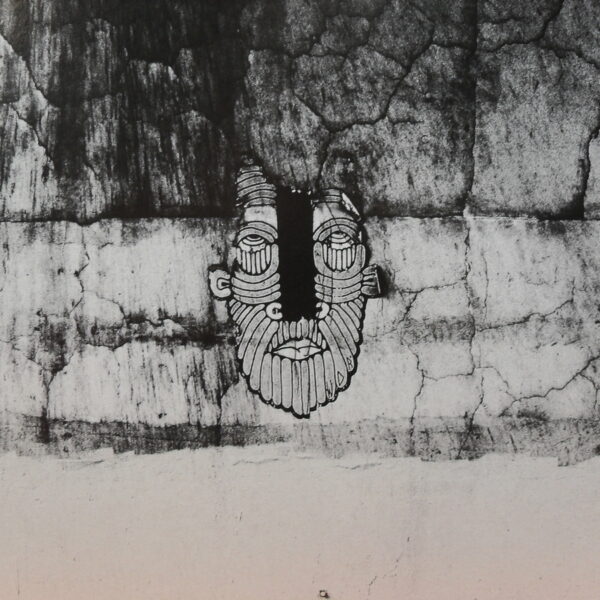 Howlround apply a similarly ‘hands-off’ methodology to equally seductive effect in their more recent recording, Secret Songs Of Savamala, which was again recorded by Robin the Fog in ‘the ruins of the Spanish House’, a roofless husk (if Google Images serves me well) on the banks of the river Sava, Belgrade. While there’s no denying the same hands are at the controls, and the sensitive sculpting of essential amorphousness remains unchanged, remarkable is the difference in atmosphere of this location, foreign in both location as well as sound. Howlround describe it perfectly well: ‘Now an empty echo chamber, its walls reverberate with the rumble of the passing freight trains like the sea inside a shell; songs and shouts return distorted from a trip around the flooded basement and exposed structural supports become an unholy set of chimes’. Though the untreated sonic ingredients derive exclusively from this location, they nonetheless include ghostly choir vocals and percussion supplied by locals Mirjana Utvic and Anita Knežic respectively. Once again, the sense of fathomlessness is striking, sounded by distant, dripping walls and all-permeating voices booming from nowhere. Side two finds Chris Weaver back on board along ‘with the Howlround tape loop quartet’, and introducing a somewhat more mysterious energy brought in by anomalous laser blasts, sub-bass rumbling and deeper sonic architecture in general.

Also available for your enjoyment is a bonus recording of Howlround’s recent contribution to the Touch Radio series, entitled ‘Brighthelm’: a further 18 minutes of vari-speed looping recorded live, and free to download from the website. Informed by the same twilight energy as the above, the recording less resembles a sounded-out space, than the shimmering ‘out’ that was sounded: the hole in the donut, if you will. Cheap at none of the price.