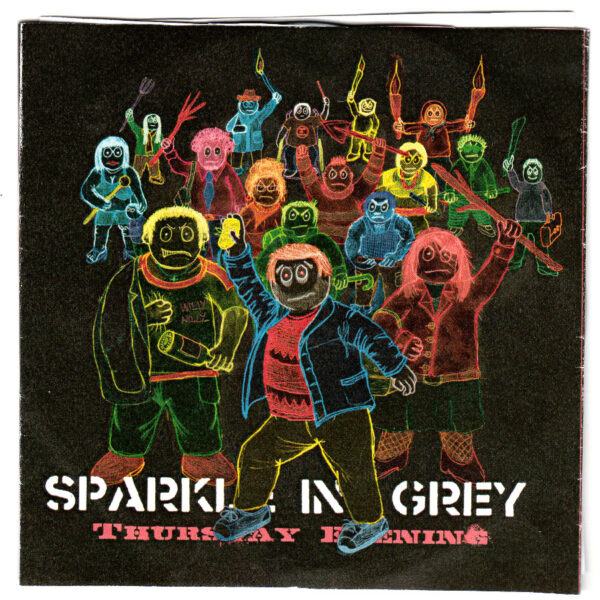 Socialism is still alive and well and thriving in Italy, if this release from Sparkle In Grey is anything to go by – and so is Progressive Rock and (to some degree) an interest in Italian library music for TV and movies…their Thursday Evening (GREY SPARKLE GSCD007 / LIZARD LIZCD 0093/ OLD BICYCLE RECORDS OBR010 / SHOW ME YOUR WOUNDS PRODUCTIONS LESION # 0012) is a convincing set of highly melodic tunes played with conviction by the four-piece of Carozzi, Lupo, Krostopovic and Uggeri, who use a lot of guitars and old-style buzzy synths, and their work is helped by four guest musicians. They are fond of string arrangements and the warm violins and cellos add a poignant melancholic touch to many tunes, sustaining the overall mood of world-weary sadness and heartbreak. What they’re heartbroken about is most likely the state of the world today…they start off by discussing the stress of their working week, and it seems that Thursday Evening has special meaning to the band as it’s the only time they can all rehearse together. Then the discussion somehow widens into talk about ethics and resistance and change, at which point you see the cartoony coloured figures on the front cover are actually an angry mob hungry for reform.

That’s about as far as it goes for the Sparkle In Grey call for insurrection, as they emphasise they don’t like to use slogans any more, so there are no politicised lyrics on the album, and instead just a few samples of vox pops which bring home their points of view. One of them occurs at the start of track two, a heartfelt ecological plea attempting to reverse the trend of monopoly capitalism for the sake of Mother Earth. The subtler strategy has been to release the album with a free pebble (I didn’t get one, because it’s just a promo copy); the purchaser is invited to email the band with suggestions for what to do with the pebble, and you then get sent a free track in return. If you buy the “Riot Edition”, the pebble is hand-painted. I have no doubt that this latterday proggy band are familiar with ‘Take A Pebble’, the 1970 ballad by Emerson Lake & Palmer, but they probably want us to use the pebble as an instrument for effecting change in some way. By way of example, the central character on the cover holds his yellow pebble aloft in a defiant pose. Jointly released by four labels (two in Italy, two in Switzerland). Arrived 11 October 2013. 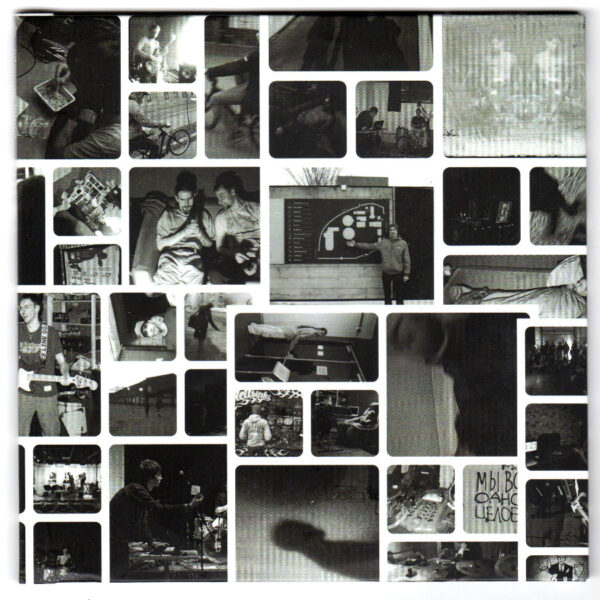 From Saint Petersburg comes the latest instalment in Wozzeck‘s grand design, simply called Act 5 (INTONEMA int008); the idea has been that each release would be carefully numbered and planned in advance to emerge as significantly different from all the others in the series, so that where Act I was “aggressive free improvised noise”, Act 4 turned into an avant-garde doom metal project of great ferocity and power. Act 5 is a single piece and it lasts for precisely 40 minutes, although the sleeve notes indicate it’s actually in five separate parts. The five parts each last 40 minutes and have been layered together into a single concentrated composition. It reflects the band’s growing interest in “ordered and compositional music, but at the same time more conceptual and weird”…their current thinking has somehow allowed them to embrace the music of Evan Parker and Radu Malfatti and the texts of Samuel Beckett, so you know you’re in for something very extreme and very bleak. Ilia Belorukov, Mikhail Ershov and Alexey Zabelin are the composers and players, and it’s executed with synthesizers, laptops, the iPod touch, lots of percussion instruments (both real and virtual, I would expect), guitars, and multiple effects pedals. The work is built around percussion and electronics, played with an inhuman precision and near-brutal force; as the piece works through its layers, it’s like hearing large numbers of drum machines and sequencers battering us into submission. The march of the robots, all armed with hammers and industrial staple guns.

The work is through-composed to a manic degree, and the small amount of information I’ve gleaned from the thick booklet of notes, charts, staves and explanatory diagrams has been terrifying; it’s taking the idea of mathematical construction and serial composition about as far as it can go. The performance is manic, too; I started off thinking it was played by electric typewriters, and I ended up with images of shipworkers driving steel rivets into the hull of a ship, possessed by the sort of focus and intensity that only old Papa Joe could’ve inspired. I can tell you it’s music that starts out shocking, and grows gradually more berserk as it progresses, with additional layers of even more extreme and indigestible noise, sampled voices, and rhythms attempting to escape from the prison of the regimented grid, only to be dragged back into the frame again. The cover artworks restate this theme, the monochrome photos clearly showing how the tyranny of the grid operates in modern cities, through town planning, signs, railway stations, civic spaces, and even your living room; and the graphic design, cropping and framing these images with white borders, restates the grid motif yet again. In all, a most claustrophobic and overloaded listen, but like Sparkle In Grey above I expect that Belorukov and his team are urging us to take action against the lamentable condition of modern society. Will we win? When records like this exist, we stand a chance! From 7th October 2013.