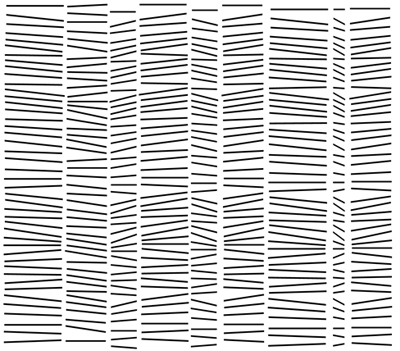 Many aspects there be to Things Fall Apart (HERBAL INTERNATIONAL CONCRETE DISC 1302), a record by Jason Kahn documenting his live activities at a performance space in Zurich from April 2013. The first records I heard from Kahn showcased his brittle and crisp percussion work in various performing and collaborative improvisation contexts, but he’s since widened his ambitions and become a sound artist and composer. Here, there’s plenty of percussion work for sure, and also electronic sounds (quite primitive ones, perhaps generated by his magnetic coil and speaker setup), amplified and non-amplified vocalising experiments, noisy buzzes produced by a short-wave radio set, and non-musical sounds produced by non-musical objects, such as plastic bags which rustle about in a compellingly mysterious manner.

These approaches are offered up as stand-alone episodes in the suite. But the record also documents his use of the room, which from his description appears to be the ideal space guaranteed to delight the heart of any electro-acoustic performer – the floors and ceiling of the Kunstraum Walcheturm are made of wood, it’s a large space, and “the floor creaks tremendously when one walks over it”. In short the acoustics are very warm and wet. Without doubt Kahn is “playing” the room throughout, and no more so than on track two simply called ‘Im Raum’ where he appears to be dragging tables or chairs across the floor, thereby staging a two-minute impromptu recreation of La Monte Young’s ‘Poem for Chairs, Tables, Benches, etc’.

Kahn’s exasperated sleeve notes document his misadventures trying to stage the performance in the first place, where the whole evening was almost ruined by a litany of unfortunate mishaps and sonic intrusions, and to some degree the piece represents his triumph as he snatches victory from the jaws of defeat, where The Enemy are represented by wedding parties, horses and carriages, and disco music. The title refers to a personal philosophy he’s carried around with him since his studies at SOAS in 1981, inspired by reading a novel of this title by Chinua Achebe. From 15 October 2013.