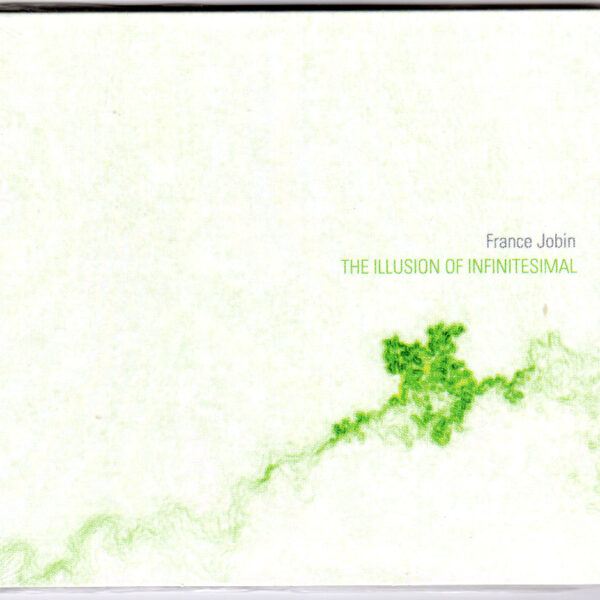 One of the more ‘silent type’ sound art selections to cross my path of late; volume’s now up so high so I’ll probably be blasted into next year when I forget to reduce it for the next CD. Though drifting for the most part in a zero-gravity bliss state, these minimalist compositions do distinguish many a frequency between remote rotary rumbling and a fan-like spreading of sine waves that pierce the head bone, bleach neglected skull lining and fill the sterilized space with a waft of hygienic vapour.

France Jobin returns thus inspired from the realm of subatomic particles and their nebulous existential status, engaged this round by the quantum conundrum of angular momentum: as I understand it, the directional attribute possessed by gyroscopes and Frisbees. Particles possess a more limited version of this; a matter quite mysterious given that they have no discernable size. Moreover, their tendency to alternate with the wave state has rendered objective analysis a notoriously tricky business.

The compositional parallel Jobin draws from this involves working from a given emotion while neither pursuing nor exploring said state, just as one keeps an eye floater in view by keeping the eye still (to paraphrase inexpertly). From this point she painstakingly pares sounds down to their ‘unique essence’, from which point she is equipped to ‘communicate intent without influencing its unfolding, a delicate balance between perfection and detachment.’ This definition of ‘intent’ – perhaps less commonly used – can be found in meditation and internal martial arts with specific reference to the manipulation of the opposing forces of yin and yang. It can designate ‘intention’ divorced from ‘desire’: the information the brain sends to a limb for example. This neutrality is well demonstrated across these three unemotional yet involving compositions, which reveal and conceal different attributes with each listen. 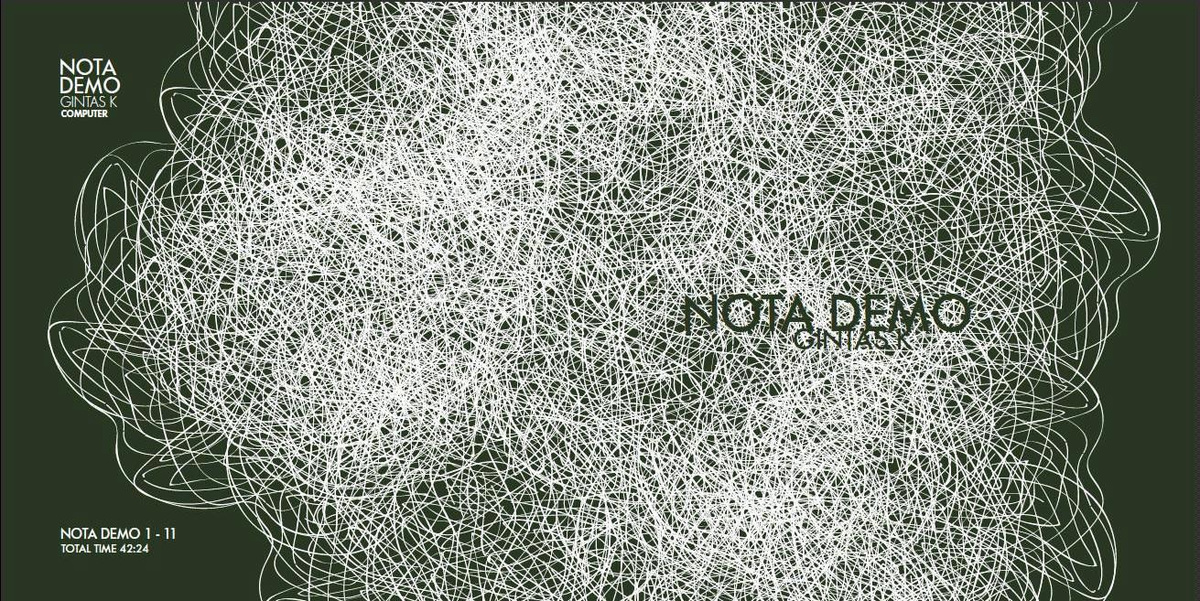 Rather an unforgiving fix of digital fragmentalisations and obliterated data from Lithuanian composer Gintas Kraptavicius, who has appeared on the Sound Projector radar several times now, impressing one and all with the intuitive path he’s been cutting through psycho/electroacoustic music for the past 15-odd years. Perhaps as some sort of atonement gesture for his last set of ‘slow’ pieces, Gintas treats us now to a set of entirely more abstruse and increasingly volatile liquid glass eruptions, which swiftly recall the work of Hecker, whose Chimerizations and Sun Pandemonium have both graced and grazed these ears of late. Had I not been properly briefed I might have mistaken this CD for one of his, though present is a merciful cohesiveness that Mr. Hecker would mirthfully pulverise given half a chance.

Not to be outdone by the Mego veteran however, Gintas is enigmatic to a point with regard to his methods and motivations. One imagines his mute astonishment at the sudden extra-dimensional manifestation of this ever-bifurcating torrent of audio mulch, indeed so much so that its division into eleven parts – perhaps for prime number purposes – constitutes a sincere and wilful break for freedom from such raging chaos. But perish all doubt as to the material’s palatability, for the longer the ears’ immersion, the more distinct becomes the composer’s guided footfall. That said, I’d also venture a claim that a degree of satisfaction in the listener’s bemusement falls not far from his remit.